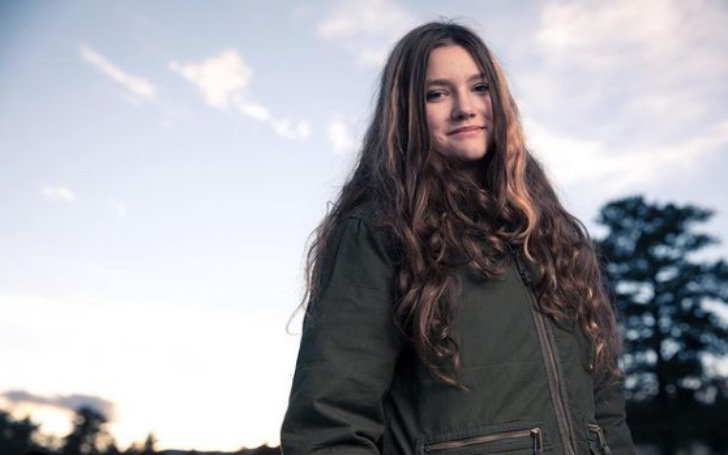 Rain Brown is one of the daughters of the Brown family who is widely known for the reality tv show named Alaskan Bush People. She is the youngest child of the famous television personality Billy Brown and Ami brown.

Unlike her family, Rain seems to be very private about her personal life. Well, in the past, one of her fans also noticed a ring on her hand and commented if she is married. So, is she secretly married? If yes, who is her husband? Apart from this, there is also a lot of controversy surrounding her family.

Take a look at this article to find out more about Rain and her family as we will be discussing in detail about her in this article.

Rain Brown Was Born In Alaska

Rain Brown whose real name is Merry Christmas Kathryn Raindrop Brown was born on November 23, 2002, in the mountains of Alaska. She is 19 years old as of 2022 and her zodiac sign is Sagittarius. She was raised by her parents Ami and Billy Brown in the wild without the reach of modern tools and technologies.

As for her education, she was homeschooled by her parents. Having been homeschooled, Rain even lacks proficiency in the modern subject matter. In fact, she was once slammed by the media for her grammatical error. After that, her elder brother Bam Bam replied via their show saying,

“We were home-schooled, and so we learned all the things that normal people in school learn, and we also learned extra-curricular activities, such as, you know, how to survive”

As per sources, Rain started taking classes through professional institutions after her family shifted to the city.

Rain Brown is The Smallest Sibling in The Brown Family

Rain who is also called Rainy is the smallest sibling out of the seven kids of Billy and Ami. The most pampered child in her huge family, Rain has five elder brothers named  Matthew Brown, Bear Brown, Gabriel Brown, Noah Brown, & Joshua Brown, and an elder sister named Snowbird Brown.

Furthermore, she also has two other half-sisters from her father’s previous marriage. Although they don’t share a close bond, the viewers have seen them together in an episode of Alaskan Bush People.

Billy Brown’s daughter Rain did not have to struggle much to make her name in the media world. She appeared on television for the first time in the show Alaskan Bush People. The show was started by Discovery Chanel to showcase the lifestyle of people living in Alaska where they featured the Brown family.

It all began when her parents moved from the city to a remote area in Alaska. Rainy’s mother had tied the knot with Billy when she was only 15 years old. Her father Billy was working as a plumber back then. Later, he got bored of his regular schedule and decided to move away from modern society.

Her family story was unique and the channel tried to create a reality TV show showing their adventurous journey. The show was able to gain the viewer’s attention quickly because of the unique idea. That’s when Rain the smallest sibling rose to fame because of their family TV show.

Rumors About Rain Brown Getting Married

Rain once shared her picture with a large ring on her left hand on her social media handle. After that, fans started assuming that she has been engaged or she got married. But, Rainy was only 16 years old when the rumors began to spread. Furthermore, she was not involved in any romantic relationships as showcased in the TV show Alaskan Bush People.

Well, in response to all the rumors, Rainy replied that it was not a wedding ring and that she is not getting married for now. She also made changes in her post adding #notaweddingring on her picture.

Furthermore, she has no boyfriend as of 2022. She is currently single and just stepping towards her adulthood.

Does She Have Any Child?

Rain Brown is currently 19 years old. She is not married yet nor has she revealed about her love life. As of 2022, she does not have any child which is pretty obvious. But, she is often seen with her nephew River Anthony Brown.

Her Family Had Many Controversies

The Brown family has been in many controversies to date. Her parents had to go through a lawsuit for claiming the fund provided to the Alaskan people without fulfilling the criteria. Later, the family was accused fake and scripted when the natives revealed that they don’t live in the mountain while they are off camera.

Likewise, Rainy’s brother Matthew had a huge argument with his father Billy Brown accusing him of taking over all the money from the show. He also said that he never had money despite the show being able to make a good amount of money.

Furthermore, her brother Bear also had to go through lawsuits filed by his wife due to his abusive nature. Due to all these reasons, viewers find the Brown family controversial and fake.

Back in 2016, Rain’s mother Ami Brown was diagnosed with Cancer. It was third-stage lung cancer with only a 3% of survival chance. After that, the Brown family moved from Alaska to Washington to provide better health facilities to their mother.

Although the survival chances were very low, Ami won the battle of her life and she is still surviving. It was a miracle for everyone to see her recovering from cancer.

Rain’s Father Billy Passed Away Due To a Seizure

On February 7, 2021, Rain’s father Billy Brown passed away due to a Seizure. As per sources, the doctors had suggested he not live at a high altitude. However, he did not agree with the doctor and continued living in Alaska. As a result, his health condition was getting critical.

His demise was a shock to all his viewers

What Is Rain Brown Doing Now?

She is currently living with her mother in Washington. She takes care of her mother and as per reports, & she also recently joined an educational institution. Further, she is also quite active in the media and is currently involved in photography.

Is She Available on Social Media Platforms?

What Is Rain Brown’s Net Worth?

Talking about the Brown family, they have been able to amass a great fortune as well. The total estimated net worth of the Brown family is around $60 million. They not only made money from the show but also got funds from the government for living in Alaska.