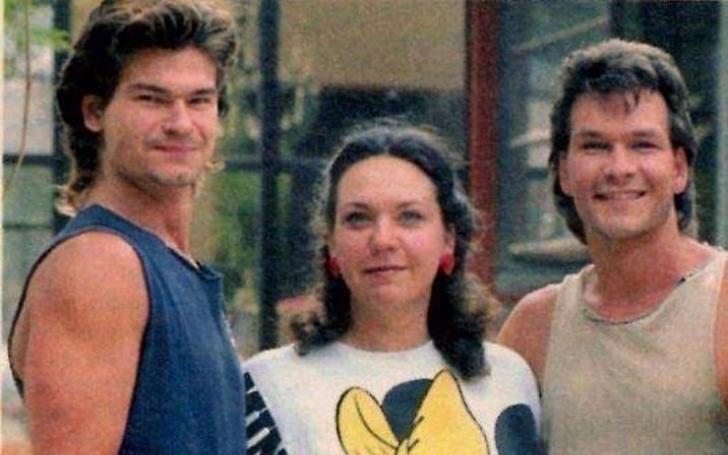 Vickie Lynn Swayze is a dancer famous for being the older sister of an American dancer, singer, and actor Patrick Swayze. Her brother was best known for playing unique lead roles, especially in romantic and comedic characters. Further, he is also recognized for his good looks and was in fact listed in the Sexiest Man alive list in 1991.

Besides her famous brother, if talked about Vickie, she is no more alive in 2022. 28 years back, in 1994 she bid a final goodbye to the world which left all her family members shocked and traumatized. So, how Patrick’s sister died? What was Vickie’s age when she died?

Here, in this article, we will let you know the real cause of Patrick Swayze’s sister’s death alongside many other unknown facts regarding Vickie’s life. Let’s have a close look.

Vickie was born as the eldest child to her parents on June 8, 1949, in Housten, Texas. She spent most of her early life in her hometown Housten with her parents and siblings.

Talking about her parents, her father Jesse Wayne Swayze was an engineering draftsman. And her mother Patsy Swayze was a dancer, choreographer, dance instructor, and the owner of a dance studio in Texas.

As for education, she went to Waltrip High School and was a student of the 1967 class. She also was a student at St. Rose Lima School. Besides, she belonged to the caucasian ethnicity and had American citizenship.

As we said before, Vickie was the eldest child of her parents. She has 4 siblings altogether, 3 brothers named Don Swayze, Sean Kyle Swayze, and Patrick Swayze, and one adopted sister named Bambi Swayze.

All her siblings worked in the American Entertainment Industries. But among them, Patrick and Don could make their name in the industry.

Among Vickie’s 4 siblings, her 2 brothers Don and Patrick succeeded to establish themselves as an actor in the American entertainment Industry.

Don was Vickie’s second brother born on August 10, 1958, and is recognized as an American character actor. He has been active as an actor since 1983 and has done several movies and series like Longmire, Paradise, Criminal Minds, Murder She Wrote, and many more in his more than three decades of acting career.

In a similar way, Vickie’s first-born brother Patrick is an award-winning actor. He is famous for his movies like Dirty Dancing (1987), Ghost (1990), and the road comedy film To Wong Foo, Thanks for Everything! Julie Newmar (1995).

Apart from these, he has acted in several many other projects and has been honored with numerous awards including the Hollywood Walk of Fame for his contributions to Motion Pictures.

Patrick was diagnosed with stage four pancreatic cancer in January 2008. Even after getting diagnosed, he continued working in some series. But, unfortunately, in January 2009, he suffered from Pneumonia which lead to complications in his chemotherapy session.

Eventually, on September 2009, he passed away at the age of 57. After his last breath, his body was cremated and his ashes were scattered on New Mexico Ranch.

What Did Vickie Lynn Swayze Do For A Living?

Regarding her profession, there is not much information available on the media portal. However, as per the memorial written on Waltrip’s high school class profile, she was a dancer and theatre actress as well. On the website, a person called Gary Barton has written,

She was a wonderful dancer and a great actress she and I won all state honors for Denny and the witches.

As her mother was a dancer, she grew up learning dance with her mother. So, it’s obvious for Vickie to pursue her career in the field in which she took training from a very early age.

Vickie’s overall life has been a mystery, especially because she no longer exists in the living world. Even while she was alive, she seemed to have less interest to live an open life. Due to this, her personal and professional life was missed to by the media.

Anyway, some of the sources are claiming her to be unmarried while some reported her as a married woman who had children. But until and unless an official confirmation is made, we will not be able to say whether she was married or had a boyfriend.

Vickie Lynn Swayze Died At The Age Of 45: What Was The Cause Of Her Death?

On December 2, 1994, Vickie was found dead. She committed suicide at the age of 45 at her residence in Van Nuys, California.

After her death, nobody from her family officially talked about the possible reasons behind her dreadful attempt. But, many media outlets have stated that she was suffering from depression for a longer period of time.

While describing her, a person named Gary Barton ’68 (mentioned above) wrote something about her on Waltrip High school pages which say,

I heard she add been kidnapped inslaved ,really awfull stuff. I saw her the next time in front of an 7/11 on Ella Blvd, she acted very strange and was kind of angry but our conversation was short and I never saw her again.

We are unsure of how much truth lies under this statement. But if this statement is taken under evaluation then it is clear that Vickie while living faced a very cruel tragic moment in her life that may have affected her mentally and emotionally. As a result, the mysterious trauma obliged her to take her own life.