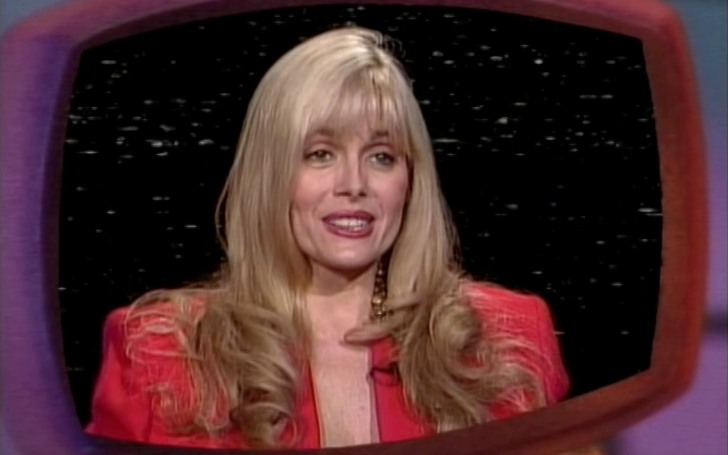 Dian Parkinson (aka Dianna Lynn Batts) is a former American model who is most famous for The Price Is Right, a game show. Further, people also recognized her from the 1994 TV series Space Ghost Coast to Coast, an animated talk show where Dian appeared as a guest. She has done several TV series and worked as a TV presenter.

Besides, she was also the title winner of the Miss USA World Contest and Miss District of Columbia USA. Through the doorway of a beauty contest, she made her way into the glamour world and appeared on television for more than two decades. Dian is also known as the Bikini-clad Vixen. For a long time, Diana has been away from the limelight. So, where is she today?

Let’s get to know everything about The Price Is Right former model along with her early details, her age, controversy, husband, and many more. Read the article till the end.

Dian was born on November 30, 1944, in Jacksonville, North Carolina, the United States. She is 77 years of age in 2022. She spent most of her early life in her hometown in a regimented environment and later she along with her family moved to Falls Church, Virginia. Parkinson was born under the star sign Sagittarius. Apart from these, no more information about Dian is available in the media.

Talking about her nationality, she is an American citizen and comes of Caucasian ethnicity.

Dian Parkinson’s Career: She Started Off From Beauty Pageants

In the year 1965, Dian started taking part in beauty pageants. She first took part in the Miss District of Columbia USA and won the title. The same year, she competed in the Miss USA pageant and came up in the fourth position.

Eventually, Dian participated in Miss USA World Contest which she won, and moved to the international platform to represent the United State in the Miss World contest in 1965. There she secured the first runner-up position.

After the beauty competition, she then traveled with the Bob Hope USO Show and performed in Vietnam in late December 1965. In Vietnam, a former model presented as a queen of the 1965 Bob Hope Desert Classic golf tournament.

In her successful journey as a model, she has also been on the cover of a few magazines including Cosmopolitan magazine- The Women’s Magazine For Fashion

Dian Parkinson Was An Actress And Model: Her Journey To TV

As we said, Diana, along with being a successful model, has also been a part of several movies & TV shows. She began her career in TV in 1974, when she appeared in a television movie named Jerry.

Eventually, in 1975, she made an appearance in the role of ‘Ginger’ on a TV series named The Mary Tyler Moore Shoe. Apart from these, she has also been a part of TV shows like The New Hollywood Square, Late Show with David Letterman, Space Ghost Coast to Coast, and others.

Likewise, from 1978 to 1980, she starred in the TV series Vega$ in which Parkinson portrayed three different characters Charlene, Sally, and Nickie. Alongside some characters in television series, she also worked as a model on the television game show named The Price Is Right which gave her wide recognition among the masses.

Dian Parkinson Modeled In The Price Is Right For 18 Years

A Jacksonville-born former model stepped into the game show The Price Is Right in the year 1975. In the show, she worked as a model for 18 years and holds the second longest-running record in baker’s Beauty.

In the show, she mainly was recognized with the nickname ‘the Bikini-clad Vixen’. She used to mesmerize her audiences with her voluptuous and shapely figure, especially by her appearance in a bathing suit.  Similarly, in the show, her flirty nature and her playful presentation succeeded to thrill and entertain the audience.

Dian Parkinson’s Feud With Bob Barker; She Filed A Case Against Him

In 1992, after 1 year of her departure from her longest-running show, Dian filed a case of sexual harassment against the show’s host Bob Barker in Los Angeles Superior Court. She had claimed that in order to continue her modeling career in the show, Bob compelled Dian to be in a sexual relationship with him for three years.

However, in the response, Bob refused the allegations made by Dain and stated that whatever relation was there between them was with mutual consent and that he never forced her for anything. He also stated that the two rather has a fight over Dian’s nude modeling for Playboy magazine. In all those circumstances, Dian suddenly dropped her case in court citing health issues due to the ongoing legal fights. That case never reached to Jury.

Dian Was Popular For Her Voluptuous Figure: Her Body Measurements

As we said earlier, her shapely figure and her bikini appearance was the major attraction in her modeling career. For that, she even got the nickname Bikini-clad Vixen.

In an exclusive interview, she opened up about her secrets to maintain her fabulous figure. She said she took help from a shaping machine. Before becoming the ambassador of EZ Krunch, she used to use Sit-Ups, and later she started using the EZ Krunch machine.

Is Dian Parkinson Married? Who Is Her Husband?

The former The Price Is Right model is married twice in her lifetime. In the year 1967, she tied the knot with Robert E. Parkinson and legally changed her last name next to her husband’s surname. Her now ex-husband Robert was the executive director of the Miss Universe pageants. As Dian was part of the beauty pageants competition, they are said to have met in the course where they eventually fell in love and got married. But unfortunately, their marriage ended with a divorce soon after.

Again on July 30, 1977, she shared vows for the second time with the Hollywood producer E. Duke Vincent and later separated. After their divorce, her second spouse married an actress Pamela Gail Hensley in 1982. Further, there was a rumor of her third marriage too but she never responded to it officially.

During her time on TV, her name came up with several media personalities. She was rumored to have engaged with the musician Kenny Rogers. Moreover, there was gossip about her relationship with the movie actor Tim Reid and American singer and songwriter Smokey Robinson. Likewise, Bob Barker is another name with whom she was in a personal relationship which later ended with legal fights.

Where Is Dian Parkinson Today? Is She On Social Media?

Well, Dian reportedly used to live in her private residence in Westlake Village, California. But in 2019, she put it for a sale at a cost of $3.125M. After that, her current address is still to be known as she is living very privately.

Talking about her presence on social sites, a 77 years old former model does not have an account on any of the social networking sites. However, her fan page can be seen on social sites.

She has had a successful TV career for more than two decades. She further worked as a model for a long time. So, as per the Celebrity Net Worth,  she has a net worth of around $1 million.