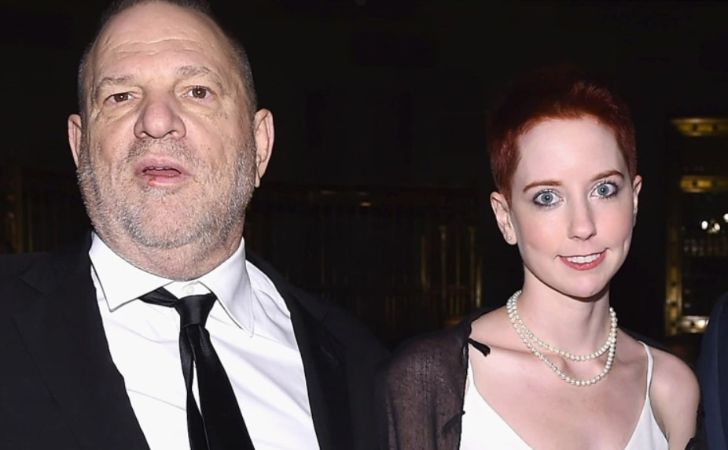 Lily Weinstein, also known as Remy Lily Weinstein, is an American personality, who is most famous as the daughter of the infamous film producer Harvey Weinstein. She is the eldest among the four children of Harvey with his first wife Eve Chilton.

Born in an elite family, Lily lived all the luxuries and respect since her childhood, but things changed in 2017 following numerous sexual allegations against her father. She has since kept herself low-key and barely makes any public appearance. So, where is she now? What does she do for a living?

In this article, we are going to explore some untold facts about her career, relationship, & much more.

Lily Weinstein, also known as Remy Lily Weinstein, was born on February 20, 1995, in New York. As we stated earlier, she is the daughter of father Harvey Weinstein and mother Eve Chilton. As of 2022, she is 27 years of age.

Born and brought up in a well-to-do family, Remy had a luxurious childhood. In fact, she has an elite ancestral background. Apart from her father who once dominated the film industry as a producer, her grandparents also have a strong background.

Similarly, her great-great-grandfather was the founder of Hunton and Williams, the first-ever global law firm. Besides these, the family also has been a part of some prestigious clubs like The Country Club in Brookline, Massachusetts.

Well, she is not the only child of her parents. Rather, she has two younger siblings, Ruth Weinstein, and Emma Weinstein. While Emma was born on February 2, 1998, the youngest of all Ruth was born on October 31, 2002.

Both her sisters are now all grown up and like any siblings, they share a great relationship with each other. However, unfortunately, they barely make any public appearances together.

Both Of Remy Lily Weinstein’s Parents Have Been Married Twice

Well, both Lily’s dad and mom have married twice. Her biological father Harvey and mother Eve married in 1987. The former couple reportedly met back in 1986, when Eve worked as an assistant for Harvey at his company Miramax. Soon after the first meeting, they dated for a year before they walked down the aisle.

The ex-duo were in a marital relationship for over 15 years before things between them turned sour. They finally separated in 2003 and their divorce was finalized in 2004.

Following the split, Lily’s mother Eve went on to marry Sal Martirano. The couple is still married and lives a low-key life in New York City.

Likewise, Harvey went on to marry an English actress and fashion designer Georgina Chapman. They married in 2007 and separated on October 10, 2017, soon after his sexual harassment news made it in the media. They finally had their divorce in July 2021.

Her Father Was Convicted Of Sexual Harassment

Lily Weinstein’s dad Harvey Weinstein has been convicted of several sex crimes. The first allegation of sexual abuse against Harvey, dating back to late 1970, made it into the media back in October 2017. Soon enough, by the end of October, over 80 women alleged him of different kinds of sexual harassment, leading to his dismissal from his company.

According to the reports by the New York Times, he was accused of sexual harassment, assault, & rape as well. Eventually, on February 24, 2020, the court charged him with one count of criminal sexual assault in the first degree and one count of rape in the third degree by the court.

The former film producer was sentenced to 23 years in jail at Wende Correctional Facility.

Well, Lily along with the other two daughters of Harvey, Emma, and Ruth have reportedly cut ties with their father. In fact, all three siblings have disowned their father following his sexual conviction.

As per Harvey’s lawyer, Lily and her siblings cut contact with their father after the #MeToo trial, where multiple women accused him of brutal sexual abuse. Talking to Mail online, the lawyer stated,

His oldest daughters don’t speak to him. So I mean it’s horrific. The ripple effect of someone losing their freedom is beyond what any of us could comprehend. He’s been seeing the younger kids their whole lives. They live next door to each other, he has a great relationship with his younger children.

Is Remy Lily Weinstein Married or Dating a Boyfriend?

As of 2022, Remy has not married and she does not seem to have any plans to tie the knot either. Talking about her love affairs, there are no reports of her romantic relationships.

Apparently, Harvey’s eldest daughter Remy has been single. However, it is highly possible that she is simply trying to keep her love life and boyfriend away from the media. Anyway, we would love to see her married to a perfect partner of her choice.

Where Is Lily Weinstein Now? Is She On Social Media?

Ever since the court convicted Lily’s dad of sexual misconduct, Lily has avoided direct contact with the media. The last time she was reported by the media was back in October 2017 at her LA home, which was shortly after she called emergency services over her ‘suicidal’ dad.