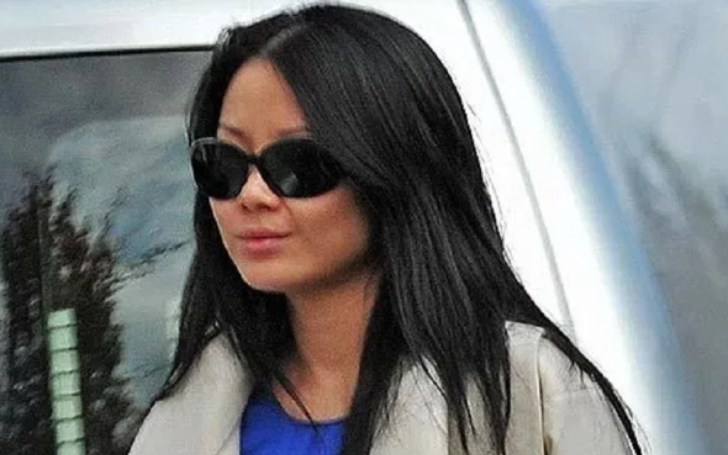 Tinglan Hong only came to the limelight as the ex-partner of English actor Hugh Grant. Hong’s former partner Grant’s movies grossed a total of approx $3 billion at the box office worldwide as of 2018. Throughout his extensive acting career, Hugh has also won several awards like British Academy Film Award, Volpi Cup, an Honorary César, and a Golden Globe Award.

Besides, moving into their short-lived romance, Tinglan dated her then-boyfriend Grant for a while. So, why did the two separate after being in a relationship for only a short period? Hong also shared kids with her ex-partner. Besides, did you know prior to Hugh, Tinglan also had an affair with the restaurant owner where She used to work?

Let’s explore more about Hong, from her relationship with Grant to her current whereabouts in the following article!

Tinglan Hong Was Born In A Family Of Entrepreneurs: Her Early Life & Age

Tinglan Hong was born Tinglan “Tin Tin” Hong in a family of entrepreneurs in the Zhejiang territory of Eastern China. She was, reportedly, born on 30th November 1978. And her age is 44 and her zodiac sign is Sagittarius.

Her Education and Ethnic Details

Moving into her educational details, Hugh Grant’s ex-girlfriend went to a local high school in her hometown. She then went to study hotel management at the University of Surrey. Later, Hong chose to study Travel and Tourism and graduated with a master’s degree.

Furthermore, Tinglan is of Asian descent and has dual nationality. She first obtained Chinese citizenship from her hometown and after some years of relocating to London, Hong officially became British.

What Does Tinglan Hong Do For a Living? Hugh Grant’s Ex-Partner Also Dated Her Hotel Owner

She moved to British in the year 2003 and landed her first job as a receptionist in a Chinese restaurant named Bayee Village. Thee, the ex-celebrity partner worked for around seven years. While working in the restaurant, Hong even dated her 60-year-old hotel owner, Marco Yu. He explains her character as,

“Tin Tin worked here for seven years, and we were good friends. She’s a nice girl and a good worker. Everybody liked her. She comes from a good family and has a masters degree in travel and tourism so is very bright.”

Unfortunately, after finding out Tinglan was in a relationship with the actor Hugh Grant, the restaurant’s owner was shocked.

In addition to that, some sources also suggest Tinglan Hong is an actress. However, there isn’t any piece of evidence to make the claims true. Not only that but, there isn’t even a single record of her starring in any TV series or movies.

Hong’s then-partner Hugh Grant is a well-known actor who has over 70 acting credits to his name. The actor started his career with his role in the 1982 movie Privileged. In 1985, Hong’s ex-boyfriend appeared in multiple TV projects including The Detective, Jenny’s War, Honour, Profit & Pleasure, and The Last Place on Earth. The following year, Grant made his appearance in TV series like A Very Peculiar Practice, ladies in Charge, and Shades of Darkness.

Over the years, Hugh has been featured in numerous movies and TV shows but the actor is mostly known for his roles in costume dramas including, Maurice, Remains of the Day, Sense and Sensibility, and Restoration.

Furthermore, the actor grabbed further attention through the romantic comedy film Four Weddings and a Funeral in 1994.

Tinglan and her former partner Grant first met in 2008 at Brinkley’s wine bar, in West London. But, they wouldn’t start dating at the time. The two again came across for the second time in 2011, in a Chinese restaurant where Tinglan used to work as a receptionist. Then after, Grant started to visit Hong’s workplace frequently.

Despite knowing Hugh’s past relationship and seeing him with another woman, Hong never gaped herself from the actor. The same can be said about their age difference, it was never a concern for both sides. In fact, they were always open to their affair.

The first time, the former flames were seen kissing each other was at a pub in Fulham, South-West London in 2011. But, during their early romance, they denied to confirm their relationship.

In addition to that, many described their relationship as a fleeting affair because of Grant’s dating history who barely stayed in a relationship for a long. As the matter of fact, in 2012, the couple called it a temporary separation. Hugh said that his then-bae Tinglan was “badly treated” by the British media when they found out the one-time receptionist was the actor’s baby mother.

The same year Hugh and his ex-girlfriend started dating, they welcomed their very first daughter Tabitha Grant in October 2011. They have also given their daughter a Chinese moniker Jing Xi(驚喜) which means “happy surprise”.

However, in 2012, Tinglan and her former boyfriend Hugh parted ways. The actor then had a brief relationship with Swedish television producer Anna Eberstein. In fact, in September 2012, the actor also welcomed a son with Anna.

After Grant’s separation from Anna, the Award-winning actor reconciled with Tinglan in late 2012. And the two again welcomed their second child, Felix Chang Hong Grant.

However, as mentioned before, their relationship was on and off type. And after Felix’s birth, the exes decided to quit their affair permanently.

Tinglan Hong’s Life After The Split With Hugh Grant: What Is She Doing Now?

At present, the mother of two has been living a peaceful life far from the media after parting ways with her ex-boyfriend Hugh. Since her separation from her former partner, Tinglan is neither open about her love life nor about her professional life. So, the details about what Hong is doing up to these days or who is She dating are out of talk now.

But, little is known about her life is that Tinglan reportedly lives in a £1.2 million house in Fulham, West London. It was bought by the Love Actually star.

On the other hand, after several affairs, her former partner Hugh finally walked down the aisle for the first time with his three babies’ mother Anna Eberstein. Their wedding was held on May 25, 2018.

According to the People magazine reports, the couple exchanged their vows in a low-key civil ceremony at the Chelsea Register Office, in London.

Who Won The Custody Battle Of Tinglan’s Kids?

There isn’t any news about Tinglan and her ex-boyfriend being involved in any lawsuit for their kids. Probably, both of them are co-parenting their children ever since their split. As said earlier, Hong has been a very private person, so, there isn’t much information regarding her parenting.

But, on the other hand, Hugh is trying his best to give fatherly love and care to his kids. Similarly, the actor has a surefire way to make his kids have a fun time with him.

Hugh Grant’s ex-girlfriend isn’t active on Instagram. The same thing can be said regarding her other social media handles like Facebook and Twitter. Like her, her ex-boyfriend Grant also seems to be living a life far from the media. However, multiple accounts have been created under his name but non of them are verified.

The Chinese-born Hong has an estimated net worth of around $150,000 as of 2022. She mainly made money through her job as a receptionist. In the meantime, sources also claimed Tringlan received a certain amount of money as alimony from Grant.

On the other hand, talking about her former partner’s fortune, the actor has successfully accumulated a fortune of $150 million in 2022.