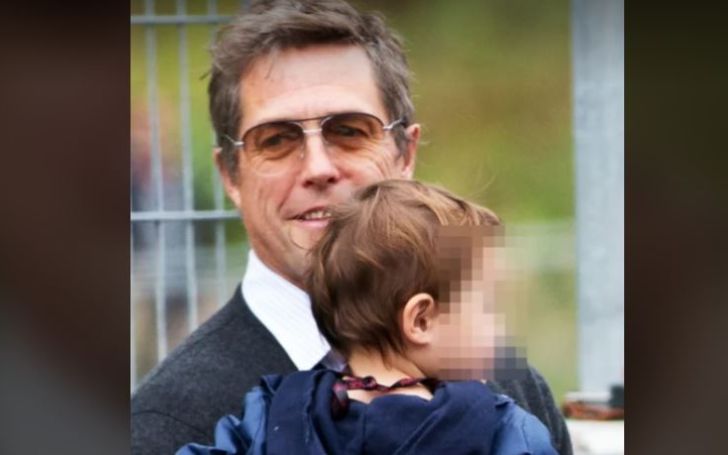 Felix Chang Hong Grant is the son of the Four Weddings And A Funeral actor, Hugh Grant. Hong is one of the five children of the British actor, Hugh Grant from his relationships with two different women. His actor father has appeared in some of the hit romantic comedies of all time including the aforesaid Four Weddings And A Funeral, Love Actually, and Notting Hill. Felix’s family life demands a bit of a keen understanding to figure out which kids of Grant belongs to and which of his ex-partners.

Nevertheless, Hugh has admitted to truly becoming an overjoyed and proud father. He admits to loving all of his children including Felix and all of them being around. Hugh is strongly reserved when it comes to talking about his kids. He has, however, stated numerous times that he is extremely lucky and happy to have all of them.

The 61-year-old Grant, nonetheless, hasn’t even teased pictures of his kids one bit and that includes Felix as well. Read all that there is to know about him; some specifics regarding his birth, who is his mother, is he staying with his actor father, and further.

Daily Mail was the first to reveal the news. The first name Felix is the Latin word for lucky and Chang, a Chinese word that means long-lasting. Likewise, Hong in the language means “happy surprise.”

Grant apparently kept the news of Felix’s birth secret for some time. The Love Actually star didn’t decide to lay the news out in the open until the Daily Mail reached him with a congratulatory message.

Some minutes after The Daily Mail had talked Grant into announcing the news of Felix’s birth, Grant took to his Twitter to state:

“In answer to some journos. Am thrilled my daughter now has a brother. Adore them both to an uncool degree. They have a fab mum.”

Hours after the first tweet, Grant posted another writing that said:

And to be crystal clear. I am the Daddy.

Felix apparently lives with his mother in her £1.2million terrace house in Fulham, West London. The house was bought by his actor father for Felix’s mother, Miss Hong.

Though Grant has never shared a single picture of his third child, Felix Chang Hong Grant.

Sometime after he had become the father of Felix and his siblings, Grant while talking to Ellen DeGeneres, said although the birth of Felix came as somewhat of a surprise to him, fatherhood had a life-changing effect on him; positively.

Hugh has said his idea of marriage and children has also changed since he became the father of his kids including Felix. Grant and his Chinese ex-girlfriend registered Felix’s birth pretty late than the required days at Westminster Register Office.

His birth was registered on Valentines’ Day 2014.

Who Is Felix’s Mother? Her Relationship With Hugh Grant

Felix’s mother, Tinglan Hong was born in Zhejiang province in Eastern China. She moved to the UK in 2003. Hong is known among the family members as Ting Ting and she also has a degree in hotel management from the University of Surrey. She further used to be a Chinese restaurant receptionist.

Grant met Felix’s mother in 2008 during the latter’s night out with friends at Brinkley’s wine bar, in West London. After the first meeting, they would remain friends for the next three years before finally starting a relationship in January 2011.

Grant is almost 20 years Tinglan senior. Hugh kept the information of him and Felix’s mother dating very private. The Noting Hill actor later explained he did so in order to protect Hong’s privacy and her reputation.

Grant once revealed that Tinglan, the mother of his two children including Felix, was badly treated by the British media when they knew she was the actor’s baby mother.

The attention apparently was so much that Grant couldn’t even meet his and Tinglan’s daughter, Tabitha right after she was born. The former pair welcomed their first and even Hugh’s first ever child, Tabitha in Sep 2011.

Grant kept the news of his daughter’s birth to himself and his family members for two months. However, by that time, Tinglan and Grant had already separated.

The Paddington actor’s rep after the birth of Felix reported while Tabitha’s birth was not something that Grant and the Chinese-born had planned, the two were happy and supportive after their first child. Grant during an interview described Tinglan as a good, nice, funny, clever, and great mother.

They Apparently Reunited For A Short Period

Despite Hugh breaking up with Tinglan behind the doors, it is presumed the couple reunited very briefly sometimes later. As such Hong became pregnant with Felix sometime after it had been a while since her and the Maurice actor’s first split.

Hugh at the time had also just become a father to John with his now wife, Anna Eberstein. Before Hugh, the Asian immigrant was in a relationship with Robert Hodge, a specialist car dealer, for about 18 months.

Felix’s actor father, too, throughout his acting career, has had a relationship with arrays of high-profile women mostly from the acting world.

As of now, the British star, Hugh is married to Anna Eberstein, a Swedish woman at the Chelsea Register Office. The couple tied the knot on May 25, 2018. Grant’s current spouse has a Master’s degree in economics from Uppsala University. She also used to work at Espn in marketing and as a promotion producer.

Anna is also an ex-freelance producer and director. Felix’s celebrity father was also famously in a relationship with fellow actress, Elizabeth Hurley for 13 years. The couple had met each other in 1987 but split in the summer of 2000.

Talking about the birth of his daughter, Hugh when talking to Ellen, said

“I can’t pretend it wasn’t a little bit of a surprise, but it’s a very nice surprise.

Likewise, during an interview with The Daily Telegraph in 2012, the Nine Months actor said he liked his daughter very much. The next to come on the list of Felix’s siblings is John Mungo Grant (born, Sep 2018). He though was born through Hugh’s current wife Anna Eberstein. John is Grant’s first child with Eberstein.

Interestingly during the birth of John, Hugh was also about to become the father of Felix as the London native’s former partner Tinglan was pregnant with him.

After Felix, Hugh welcomed his fourth and second child with Anna and this time a daughter in March 2015. Although she now is almost seven years old, Grant and his now wife are yet to reveal her name.

Felix has one more half-sister whom his actor father had with Eberstein in Dec 2018. However, even her name to date is a mystery.