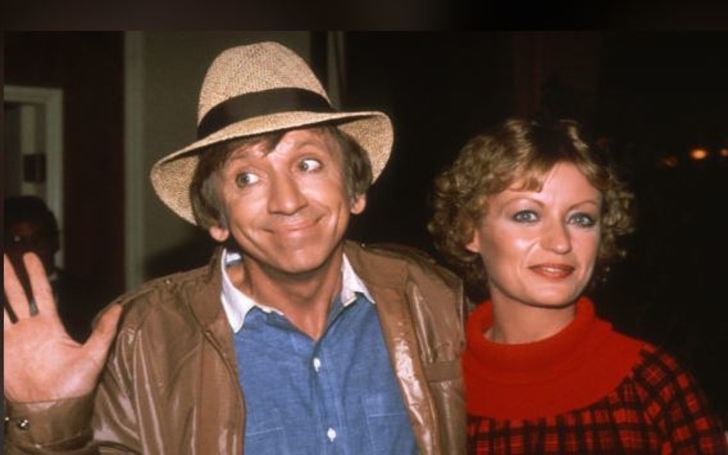 Dreama Perry Denver is the wife of the late comic actor, Bob Denver who was known for playing Gilligan on the 1964–1967 television series Gilligan’s Island, and beatnik Maynard G. Krebs on the 1959–1963 series The Many Loves of Dobie Gillis. Dreama is also an actress, though, she worked mostly in the theater background. As of the present, she is a professional author.

Her husband was a household name because of his character, Gilligan. The world sadly lost him in 2005. Off the screen, he had an equally intriguing story going on, with his wives & children, as well as his early struggles.

Dreama Perry Denver Is A Native Of West Virginia

Dreama Perry Denver was born on May 23, 1950, in West Virginia. She considers Bluefield her hometown. In her book, Gilligan’s Dream, she said she had a brother, Ron who she lost to AIDS in 1997. Additionally, she has another brother, Carole.

Also, both of her parents are dead. Her mother was a nurse.

She Was Among The Few First Employees Of Disney

Before getting part in her first movie, Dreama had noticed advertisements posted around campus. It said Walt Disney World was holding interviews/auditions for its new Florida park.

Recalling the earlier days with BDT online, she said she went in to interview which was very exciting. She added seeing the people there and giving interviews was something else. She was one of the first 40 original cast members.

Denver had started working for the house of the mouse even before they had opened Disney World. Bob’s wife worked at the Hilton for about a year after which she moved to the park. Prior to the opening, she got to do tour guides for a little while.

She also had personal connections with the Disney family.

Remembering a conversation with Roy Disney, Perry revealed the co-founder of Walt Disney once asked her what she wanted to do in her career. Bob’s partner answered him saying she wanted to be an actress.

Dreama Had A Successful Theater Career

Denver had her first movie break in her husband-starter movie, The Harlem Globetrotters on Gilligan’s Island where she portrayed The Howells’ secretary. She was then 19.

The following year in 1982, she starred in another TV film, Scamps. In the comedy movie, she played the character of Mandy. The film tells the story of a writer who makes his home into a daycare center to pay his bills.

It, however, was in a theater where the comedian actor’s wife, would go on to have a successful career. While performing on stage, she worked with stars like Gail Gordon, Doug McClure, and Robert Horton.

She was also in a theater production of Woody Allen’s Play It Again, Sam.

Bob Denver married his fourth wife, Dreama Perry in 1979 and remained with her all the way until his death in 2005. They had their wedding in Las Vegas. The pair had an age difference of 16 years.

The two met while they both were working on Play It Again, Sam; the actor was 42 while his future wife, 27. The wife of Gilligan’s Island star said it was an instant connection. The two dated for two years before Bob asked her to marry him.

During an interview with an Outsider, the West Virginia native said she misses the tapestry of life she felt being with her husband in today’s relationship.

Including Dreama, Denver was married four times throughout his life. Before marrying Perry, he was respectively husband to Maggie Ryan, Jean Webber, and Carole Abrahams. From the aforesaid unions, Bob had four children, Patrick, Megan, Emily, and Colin.

Her Son With Bob Denver Has Autism

With her late husband, Bob, Dreama had a son Colin Osborne Denver who was born on January 11, 1984, in Santa Barbara, California. Sometimes after having their son, the Denver family settled in Mercer County and moved to four seasons country.

Unfortunately, her son, Colin developed severe autism when he was a toddler. Later, in response to that, Perry and her deceased husband started The Denver Foundation in an effort to help families who needed support in enriching the lives of individuals with special needs. The mother also left her rising show business career to care full-time for the couple’s infant son Colin.

What Did Dreama Perry Denver Husband Die Of?

Perry lost her actor husband, Bob Denver from complications related to his throat cancer on September 2, 2005. After the death of her longtime partner, she said losing Bob was the most difficult thing she’s ever faced,

“but his love left me stronger, more focused, and in the end, able to survive even when I thought I couldn’t. Being loved by this man was the greatest gift of my life,”

said the mother of Bob’s son.

Dreama After Her Husband’s Death

Apparently, after Bob’s demise, Dreama fell into a severe depression for years and was rarely seen in public.

Following Bob’s death, his wife, Perry founded Always Free Honor Flight. It is an honor flight program in her native place, West Virginia that flies veterans out to memorials in Washington, D.C. The ex-stage performer said her late husband had huge respect for the veterans.

Perry finds solace in keeping the work of the Denver Foundation. She says it is how she wants to live out Bob Denver’s legacy.

She admitted the life she had known for close to thirty years changed dramatically when her husband passed away. Dreama though stated carrying on the work she and her husband started is what he had wanted.

Professionally, she works as an author at Headline Books.

Bob Denver was still fighting cancer at a hospital in Winston-Salem, N.C. It had been about four months into his treatment when Dreama, herself, suffered a heart attack. She then also ended up in the hospital room next to her husband.

Though the former theater star said the heart attack was so secondary seeing her husband fighting every minute to survive.

Perry survived the heart attack. However, in 2015, she found out that she had breast cancer. She said it was really tough especially without her husband. Fortunately, she became free of it having had treatments in Michigan.

Perry’s book, Gilligan’s Dream had just met its publish date when she thought “Country Roads”, a chart-topping song by Bill Danoff, Taffy Nivert, and John Denver about West Virginia should be the next official son for her home state.

While talking with Herald, she said she was talking to her co-host Charlie Thomas about the song on their morning show ‘Sunny Side Up.’ When Thomas asked ‘Isn’t this a state song?’ she answered, ‘If it’s not, it should be.’

Soon after, Bob’s wife and Thomas, along with support from U.S. Sen. Joe Manchin and District 27 Delegate Marty Gearhart, launched a project to get “Country Roads” included as one of West Virginia’s official state songs.

Then on March 7, 2014, the WV Legislature approved a resolution to make the song an official state song of West Virginia. The three other pieces which had received similar recognition are: “West Virginia Hills”, “This Is My West Virginia”, and “West Virginia, My Home Sweet Home”.

Did She Inherit Her Late Husband’s Wealth?

While it is not confirmed, considering no one was close to Bob as his last wife, Dreama, it is believed, she got the most of her deceased husband’s fortune. In addition to his properties, he was worth over $20million during the time of his death. So it speculated that Dreama’s the one who manages most of Bob’s career earnings. Although it is yet to be disclosed where in terms of the number her own wealth stands.