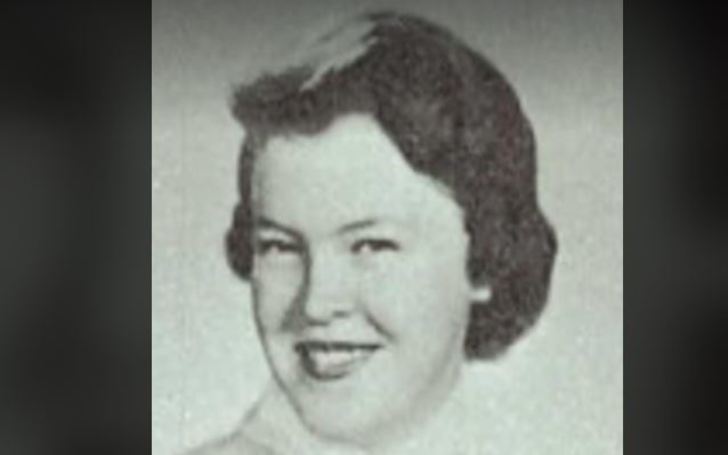 Candy Stevens is the former wife of the notorious criminal Charles Manson. Stevens married Manson in the late ’50s but separated from him in the early ’60s. However, not before bearing a child of his.

It’s been some years since Manson died but his deeds still torment those who read about him. A new conversation with respect to Manson and his clan surfaces almost every day and often some never heard before details.

While Candy Stevens’ relationship with one of the most talked-about murderers was short-lived, people, now and again still generate some curiosity to know about her. So where is Candy now? How did she meet Manson in the first place? What’s her origin story? Did she keep in touch with Charles during his jail term?

Candy was born Leona Rae Musser. She was born around the year 1940 as per Jeff Guinn’s Manson, The Life and Times of Charles Manson-Simon & Schuster (2013). It is unclear where her birthplace was but she originated from Los Angeles, California.

People generally assumed she could have had come from a broken family most possibly for her choice of career.

What Is Her Real Name; Candy Or Leona?

Candy was in her late teens when she met Manson. The time was probably around the mid-’50s. Soon after meeting him, she began working as a prostitute for him, though it is unclear if she was already in the profession or if Charles made her do it. She was just another pimp off of whom he was making a living. Also, she on a few or two occasions lied about her pregnancy to sway judge and jury to pardon her killer husband.

Candy Served As A Prostitute Across The States

In December 1959, her late husband tried to expand his territory, driving Candy and another girl from California to New Mexico to turn tricks in Lordsburg. The police, however, caught them Charlie faced fresh federal charges of violating the Mann Act, which prohibited transporting women across state lines for the purpose of prostitution.

When Did Candy Stevens And Charles Manson Divorce

After the arrest, Charles tried to sabotage investigators by marrying Stevens; the law forbade wives to testify against their husbands. So they married in 1959, according to authors Lis Wiehl and Caitlin Rother’s book, Hunting Charles Manson: The Quest for Justice in the Days of Helter Skelter.

Stevens nevertheless ended up testifying against the late murderer and he went to prison again. This was as part of a deal to get her own charges dropped, she testified as a “material witness.”

In March 1960, Leona became pregnant with Manson’s child. Then in September 1960, she gave birth to her and Charlie’s son, Charles Luther Manson. It was Charlie’s second son. Though the book, The Life And Times of Charles Manson writes he was born in early September 1961.

Leona and Manson officially separated in January 1964, the mother got full custody of Charles Luther Manson. Candy received a decree in Denver, Colorado.

What Happened To Candy Stevens’ Son?

Candy and Leona’s only son, Charles Luther Manson reportedly changed his name to Jay Charles Warner, according to Film Daily. While he largely stayed out of the spotlight because of his infamous father, sources reported that he died of unknown causes in 2007.

Candy Was His Second Wife; Who Was His First Wife?

Before Leona, the Ohio-born infamous criminal Manson was husband to Rosalie Jean Willis. She was his first wife. The hospital waitress, Willis married Stevens’ ex in January 1955 in West Virginia when the latter was 21.

Charles supported Rosalie and himself through car thefts and by working as a part-time auto repairman. They used to reside in LA. Even during his marriage to Willis, Charles went to prison for taking a stolen car across state lines. He served for three years.

The Californian perpetrator’s ex-wife, Rosalie gave birth to their son, Charles Manson Jr, while he was in prison. By 1957, she had started to live with another man. A year later, in 1958, Willis and Manson signed their divorce papers.

Much like his half-brother, Charles’ first son with Willis, Charles Manson Jr. also legally changed his name to Jay White. This was in an effort to distance himself from his father’s legacy. According to All That’s Interesting, White, in 1993, stopped along a lonely stretch of Kansas highway. There he used a gun to take his own life. Although the reason is still unknown, people believe it had something to do with White’s embarrassment for his relationship with his father.

Where Is Candy Stevens Now After The Divorce?

Both of Manson’s ex-wives, Rosalie Willis and Leona Stevens had little to do with their ex-husband after their respective divorces. They sought to hide their children from the infamy and public attention both the media and curiosity seekers wanted to lavish on them.

There, henceforth, is little to no details with respect to Candy Stevens’ current whereabouts.

Manson Got Engaged To A 26-Year-Old Woman

On the other hand, in November 2014, Candy’s ex-husband, Manson became fiance to 26-year-old Afton Elaine ‘Star’ Burton while still in prison. He had even gotten a marriage license.

Burton had been visiting Manson in prison for at least nine years. Additionally, she maintained several websites that claimed his innocence. They, however, couldn’t married because Manson’s license expired in February 2015.

Allegedly, Burton had only wanted to marry Manson so she and a friend could later use his corpse as a tourist attraction after his death. She confessed on her website that she couldn’t marry the notorious man because he fell ill.

Manson, however, ultimately died on November 19, 2017 (aged 83) in Bakersfield, California.