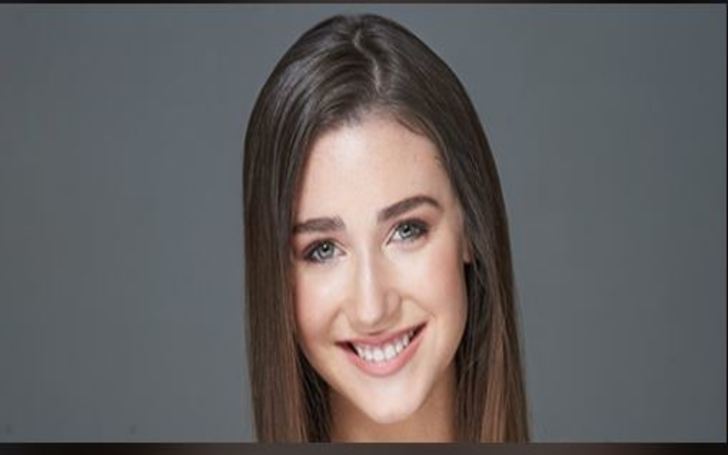 Kamilla Kowal is a Canadian actress, known for having minor roles in films and series like The New Romantic (2018), American Hangman (2019), and Winter Love Story (2019). Kowal is better known for playing the character of Bonnie McMurray Crave’s sitcom, Letterkenny.

The actress who has been portraying the hot cashier at the dollar store has made quite a name for herself in the Canadian TV industry. Over the years, she has also turned herself into a social media star, more or less.

See if Kowal has acting credits other than Letterkenny and the aforesaid few films. Also know about her personal life, her beginning into acting, and if she is returning for the new season of the hit comedy series.

While talking to Popternative, Kamilla revealed she was very shy as a child.

“Since I was a toddler, like eight or nine I was really really shy. I had to go everywhere with my mom, was by her hip every time,”

It was then her parents who thought she was turning obnoxious and decided to put her into the theater.
Kowal said after going to drama classes, she became wild all the time.

She however realized she wanted to do film and television only when she became a teenager. She next gradually developed a passion for acting, eventually making it her profession.

Only once has the millennial actress talked about her father when she shared a younger picture of him on her Insta in July 2021.

Kamilla Kowal Was 10 When She Started Acting

The now five-foot-six actress, Kamilla Kowal began learning acting at Charm Plus. She was 10 at the time. She studied at St. Benedict Catholic Secondary School, in Cambridge, Ontario. During high school, she played soccer and became a part of several local tournaments.

Kowal is also the winner of a Canadian beauty pageant, Miss Greater Sudbury.

Is Kamilla Kowal A Native American?

Because of her reddish-brown skin tone, many have often confused Kowal for a native American. And although the actress is yet to disclose any details regarding her heritage, she has been more so reported to be of Eastern European descent.

Kamilla Kowal’s Has Been On Several Projects

Kowal made her screen debut in the 2016 Canadian television comedy series, Letterkenny. The show is about a quick-witted, fast-paced snappy comedy about rural folk getting by in a small town. In the series created by Jacob Keeso and Jacob Tierney, Kowal has portrayed Bonnie McMurray, a recurring character for a total of 34 episodes. She first appeared in the show in 2016 in an episode titled, Ain’t No Reason To Get Excited.

Letterkenny is a major sitcom that has won numerous awards in Canada and broken streaming records for its network, CraveTV. Kamilla has reported people throwing lines from the shows at her. In the series, she stars alongside the likes of Evan Stern, Nathan Dales, and Andrew Herr.

Then in 2018, the Canadian artist had a minor role as Emily in the comedy-drama film, The New Romantic.

In 2019, the Letterkenny star had supporting credits in two TV films, Winter Love Story and Secrets In A Small Town. That year, she also appeared in Donald Sutherland starrer, American Hangman.

Kowal has been dating her boyfriend Luke McCaw for some time. Her partner is a student of Laurentian University who graduated with an MBA.

Kamilla first shared the picture of McCaw on her Instagram in July 2019. In the imaging, Kowal can be seen perching aside her beloved in Drag Lake, in Haliburton County.

Kowal Is A Big Dog Lover

Kowal is among the actors who have quite a big affinity for dogs. In fact, she once, herself revealed that she is game for even hundreds of them. As a matter of fact, it’s one of her dreams.

When one of her followers on Reddit asked her “What would your dream house be like?” the Letterkenny star replied,

“Big windows for natural light, on the lake, filled with flowers and 100 dogs”

Is Kamilla Kowal Returning For The Tenth Season Of Letterkenny?

In June 2021, production began on the tenth and eleventh seasons of Hulu’s hit comedy, Letterkenny. The network at the time also announced the show’s spin-off, Shoresy.

The same month, in one of her posts, Michelle Mylette who plays one of the leads also confirmed that the cast shot “14 new episodes” of the show in the span of “just over a month and a half.”

Likewise, Kowal in her own way reported about the show’s completion through her Insta sharing a picture with a caption, “case ya haven’t heard… we’re back in #letterkenny 🧡🍊💥🌅.”

So as it seems, the young adult is very much returning to join the group of Wayne, Darryl, Katie, Dan, and the company.

It might be a while before Hulu or Crave decides to disclose the salary of each of Letterkenny’s cast including that of Kowal’s.

Nevertheless, some sources project the top earners in the show such as Keeso, Dales, and Mylett raking in the range of $90,000 to $100,000 a year while casts like Kowal have been speculated to take home paychecks ranging from anywhere between $5,000 to $10,000 per episodes.

Considering her fresh beginning, Kamilla’s to date net worth should not have exceeded beyond $100,000.

Some Additional Facts About Kamilla Kowal