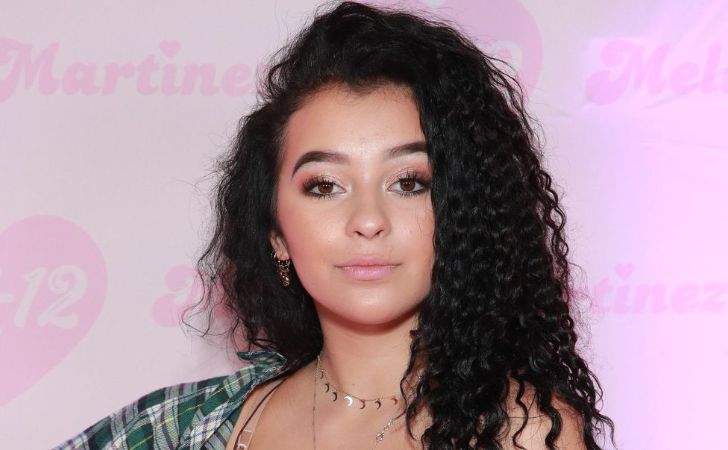 Danielle Cohn is an American musical artist and a social media star. With millions to follow on YouTube, TikTok, and Instagram, the concerns about Danielle Cohn’s boyfriend is one of the few things that make her a subject in the media.

While Cohn dated a fellow social media star Mikey Tua in 2019, things seem to have changed for now. Danielle has apparently moved on to a new relationship. So, who is the new man in her life?

Besides, she’s had a number of love affairs in the past as well. Here is a detailed account of her romances. Stick with us to explore.

Who Is Danielle Cohn’s Boyfriend in 2021?

As of 2021, Danielle is dating fellow musical artist and social media star Mikey Tua. There are rumors of their breakup, which is not true.

Though the couple has split a few times in the past, in the meantime, ie, in October 2020, Dannielle and Mikey still together and dating.

In fact, they frequently appear on their social media, be it Instagram, Tik Tok, or YouTube. Talking of their breakup, they had briefly separated, but they reconciled shortly after.  Well, on their breakup later in this article but let’s talk about their present status.

Danielle Cohn and Mikey Look Pretty Much In Love At Present

Despite a little bit of trouble and misunderstandings, Danielle and Mikey had in the past, things look sorted out at present. The couple seems pretty much in love and has lately made frequent appearances on one another social media.

They were also seen together on Danielle’s YouTube channel and TikTok as well. On September 24, 2020, Cohn made an Instagram post, where she appeared alongside Mikey recreating different poses.

Also, in one of her Instagram posts on September 16, Danielle wrote “Happily Ever After,” signifying her relationship with Mikey.

Cohn and Mikey’s New Tattoo For One Another

Do you believe, the couple who were on the verge of the split has new tattoos representing their love for each other? Yes! you heard it right, and they are in love like never before.

Danielle and Mikey have got a corresponding tattoo that reads “Forever to the Moon.” While Cohn has “Forever” inked on her wrist, her boyfriend Mikey has inscribed “To the moon.”

Moreover, she explained the meaning of the beautiful tattoo on her YouTuber channel as well. More than anything, their tattoo also tells a lot about the kind of love and bonding they share.

They Had Briefly Split in the Past

Cohn and Mikey are together at present, but they had briefly separated in the past. All the complications in their relationship began after the two faked their wedding and later their pregnancy.

While their wedding and pregnancy were merely a prank, it backfired for the two as both of them were under 18 years of age. As per the reports, Mikey’s parents took control of his social media.

In response to the same, Mikey’s mother Katie took to Instagram to speak her concern about her son. She said,

After some sensitive information was brought to my attention about Danielle, we no longer support Mikey and Danielle’s relationship, because Mikey is still a minor, we have taken away his social media. He will be able to get it back when we have worked through some legal stuff. Thank you!

Not only his mom but Tua’s father too had his words on the matter. Starting with how much he loves his son, he went on to state,

As parents we need to protect him from any harm that might come his way, He wants to emancipated and I understand that, but his emancipation can give him prison time [sic].

While Mikey didn’t have access to his socials, Danielle did respond to all the accusations. In contrast to the claims, Cohn accused Mikey’s parents of Pushing her boyfriend Mikey to do things.

In fact, she even accused his parents of being violent and disgusting so much so that they don’t even deserve to have kids. She stated,

Don’t trust anything these parents say because they are violent, they are disgusting, they don’t even deserve to have kids. They treat their kids like they are literally their walking bank and they’re investments. Katie literally said, ‘They are an investment. We invested in them and they are going to make our money back.'”

The rumors of their relationship began after the two were seen together on Landon’s TikTok.