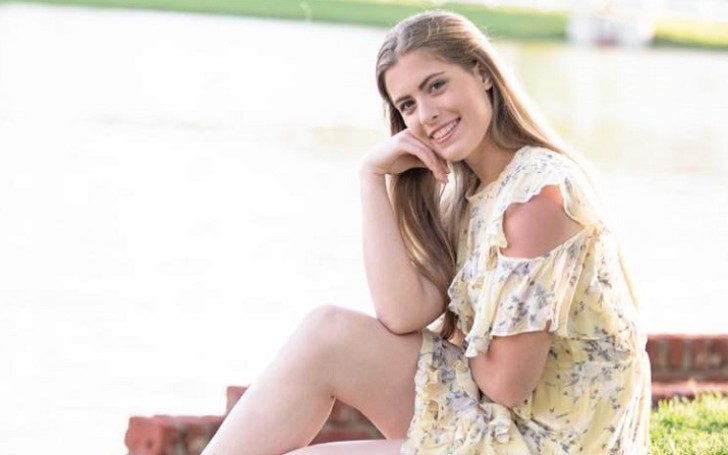 Danilee Kelly Norris is a famed star kid who grabbed attention as the twin daughter of Chuck Norris, one of the legendary action actors and martial artists. Her mother Gena O’Kelley is a former model.

Being the daughter of one of the extraordinary martial artists, is Danilee interested in the same field? Her twin brother Dakota is a 3rd-degree black belt in MMA. She has also five half-siblings from her parents’ previous relationships.

In addition, what does Danilee do for a living? Here are some yet explore facts that you didn’t know about Chuck Norris’ daughter. Let’s take a look!

How Old is Danilee Kelly Norris? Her Early Details

Norris is 19-year-old as of 2021. She was born on August 30, 2001, in California, the United States. She also has a twin brother named Dakota Alan Norris. Their father Norris was 61 when the actor became the dad of twins while their mother was 33 at the time of their date of birth.

A publicist for Norris, Jeff Duclos told The Buffalo News that the twin brother-and-sister came into this world a month earlier than the due date,

“They were about a month premature.”

Jeff added that mother and twins were doing fine,

“There are no complications.”

Chuck and Gena announced they were expecting their twins when the duo was spotted together at the World Stunt Awards 2001 in May of the year.

As for her nationality, Norris is an American and belongs to the Caucasian ethnicity.

Has Five Half-Siblings From Both of Her Parents’ Previous Relationships

Danilee has two older half-siblings, Michael R. Norris and Eric Scott Norris from her father’s first marriage with Dianne Kay Holechek. Michael who is better known as Mike is an actor and has acted in dozens of movies and TV shows. On the other hand, Eric is a former stock car racing driver and the 2002 NASCAR Winston West Series Champion.

Furthermore, her other half-sibling, a sister named Dina Norris, a former realtor at Keller Williams Realty comes from her father’s extra-marital affair with Johanna.

Similarly, Danilee has two more half-siblings, a brother Tim and a sister, Kelley Tagudin from her mother’s relationship with Gordon Hinschberger. Kellly is now a 4th-grade teacher at Anderson-Shiro CISD.

Besides, as for Danilee Kelly Norris’s parent’s marriage, the two have been in a blissful marital relationship for over a couple of decades. The long-lasting couple tied the knot in November 1998.

Her Actor Father: Know Something Interesting About Him

Chuck is a famed actor with a number of movies and TV credits. Before making his way to Hollywood, Norris began his journey as a martial artist. He later introduced his own martial studio named Chun Kuk Do.

Later in the 1970s, Norris embarked on the entertainment world. He made his cameo appearance on The Student Teachers in 1974. Later in the decade, Chuck appeared in three more movies including a hit one Good Guys Wear Black.

His other successful action movie credits include An Eye for an Eye, Silent Rage, Lone Wolf McQuade, and Missing in Action as well. The last big-screen project that Norris appeared in is 2012 The Expendables 2 action film.

Similarly, Norris has acted in a number of TV shows. He snagged the debut role in an animated TV series Karate Kommandos in 1986. He gradually popped up in a few major hit TV projects like Walker, Texas Ranger, The President’s Man: A Line in the Sand, The Goldbergs, and more.

On the other hand, Danilee Kelly Norris’ mother is an ex-model.

What is Danilee Kelly Norris doing now? Her Professional Career

Danilee is quite confidential when it comes to her professional life. Thus, while there are no more details about her career, the young lady has a few acting credits. She had a minor role along with her father in Walker, Texas Ranger: Trial by Fire.

Besides, Danilee is also pretty into Chun Kuk Do. She and her twin brother Dakota both are 2nd-degree black belt holders. They received their belt under the coach Mr. Derrick Stinson in June 2015. A proud dad Norris congratulated his twins with a beautiful Facebook post. He also disclosed in the picture that his kids are involved in the game from a very early age. His caption is,

“After almost 8 years of training, our twins Danilee and Dakota, tested for and received their 2nd degree black belt. Here they are after their test with Mr. Derrick Stinson. Mom and Dad are very proud of both of you! Your hard work and determination to achieve your new black belt rank is well deserved.”

What About Her Dating Life?

Danilee Kelly Norris has remained tight-lipped about her love life. Because of the limited information about her love life, we are yet to assure whether the 19-year-old does have a boyfriend or not. Sources say Norris isn’t dating anyone at present.

Many tabloids say Norris’ net worth is $200,000 as of 2021. She currently resides on her father’s ranch in Texas. Besides, her doting father has an estimated fortune of $70 million.