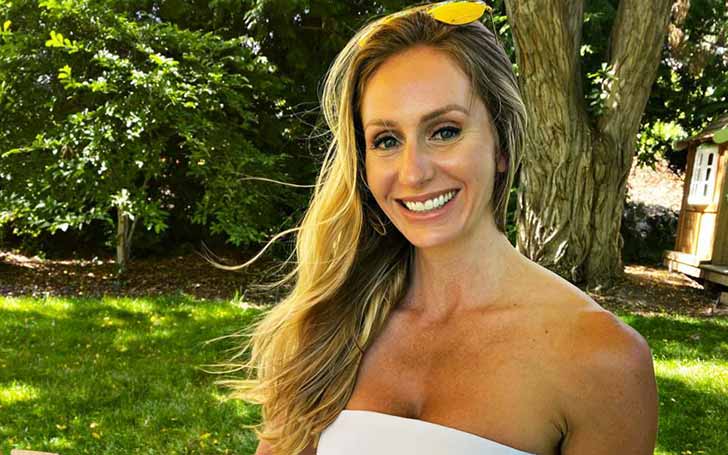 Kelsy Ully is a Canadian former celebrity spouse. She is most famously known as the ex-wife of Canadian reality television star, Jonathan Scott. Ully and Scott were married for around two years from the mid-2000s before they went their separate way. Years after their divorce, Scott’s fans are curious to know about his relationship with Ully.

Well, Jonathan Scott, being a television star and a well-recognized celebrity, frequently appears on television and on the screen. However, Kelsy Ully has long been keeping her identity under the media radar. In fact, she has barely made her public appearance following her divorce from Scott. So, where is Kelsy Ully at present? Has she moved on? Who is her boyfriend at present? There are a lot of questions to be answered about Ully.

So, here we have come up with a detailed article about Ully where we will cover her personal as well as professional life. Read the article through.

A lot of people who follow Jonathan Scott and his twin brother, Drew Scott for a long time might be unaware of the fact that Jonathan was once married to a Canadian girl named Kelsy Ully. Well, Ully and Jon remained married for only a couple of years and they didn’t make their public appearance often during that time either. That’s why Kelsy and Scott’s relationship is not talked about so often.

According to People magazine, Kelsy met her future husband, Scott in early 2007. The pair hit it off soon and started dating within weeks. The outlet also mentioned that Scott flew to Las Vegas from his hometown in Canada to be with Ully.

Kelsy Ully and Scott tied the knot on July 7, 2007, just after a months-long romance. Talking about their whirlwind romance back in 2017 March, Scott told People,

“We were young, and there was a rush going into it. She wanted to get married on 07/07/07 …so it wasn’t something that naturally happened.”

However, the lucky date didn’t do good for them in their married life. Scott further added that he learned a big lesson from his failed marriage with Kelsy Ully. He added,

“I think that one of the biggest things I learned is that you can have two good people who are just not good for each other.”

Just three years into their married life, Kelsy and Scott arrived at a situation from where they couldn’t go further as husband-and-wife. They officially separated in 2010, however, their divorce was finalized in 2013.

Kelsy and Jonathan Scott were married for less than three years before they separated and they took around four years to settle their divorce. Before heading to their divorce, we want to make you sure that, the ex-couple’s separation was not mutual. As per a memoir, It Takes Two: Our Story, Scott got to know his marriage was dissolving from Facebook.

As a matter of fact, Scott saw his then-wife, Kelsy had deleted all the photos featuring him. Besides, she had also changed her marital status from married to blank. Jonathan stated that he was shattered after his marriage fell apart. “For one too-long, too-dark period of my life, that’s practically all I did. It shook me right to my core.”

According to In Touch, Kelsy and Scott’s divorce took so long due to a legal document drawn up by Scott’s mother that Ully said she signed under “duress and harassment.” The outlet further mentioned that the court document revealed that the document covered the couple’s sale of their home in Canada.

She Doesn’t Have Any Child From Her Marriage

Kelsy Ully has been living a secret life following her divorce from Jonathan Scott in 2013. Even though the ex-husband-and-wife were legally married for over five years, they were together for only a couple of years. She doesn’t have a child with her former husband. Kelsy didn’t share much happy time with Scott, so we can say, the pair never planned to extend their family.

Besides, Kelsy’s relationship other than with Scott is not well-documented in the media. So, as of now, we can say, Kelsy is yet to experience motherhood.

Kelsy Ully Ex-Husband is in a Happy Relationship

While Kelsy’s relationship after her split from her ex-spouse is not revealed, her ex. Scott has been in a couple of relationships already. In 2016, Scott started dating Jacinta Kuznetsov. They dated secretly for about a year before their romance caught media attention.

Jacinta used to work as a Radio producer while she started dating Scott, however, later she started working as a development producer at Scott Entertainment. After around two years of relationship, Scott and Jacinta broke up due to some unrevealed reasons.

Since 2019, Scott is dating Zooey Deschanel. In the interview with Hollywood Life, Scott revealed that he met Zooey on an August 2019 segment of Carpool Karaoke. The pair hit it off quickly and started dating.

Talking about the professional endeavors of Kelsy Ully, she has been working as the director of business operations at Impel Systems. She writes in her LinkedIn bio, “My position as the Director of Business Operations is to create operational and strategy strategic plans and road-maps.”

Before that, she worked as a business development representative at Cascade Process Controls from April 2015 to May 2016. Similarly, from July 2014 to April 2015, she worked at Critical Control Energy Services Inc. From 2010 to 2014, Kelsy Ully served at Auto Hail Pros as an executive assistant as well as an office manager. At the same time, from 2011 to 2013, she worked at Too zeros as a business consultant/software developer.

Besides, from November 2005 to August 2010, Ully was the executive assistant at Scott Real Estate. Meanwhile, she was a crew scheduler at WestJet from May 2005 to December 2008.

What is Kelsy Ully Net Worth?

Well, Kelsy has been working for over one and a half-decade and this period she must have gathered a good sum of money. However, her exact net worth has yet to be revealed as of 2021. Meanwhile, after knowing about her works throughout the years, we can say she has earned hundreds of thousands of dollars. On the other side, she must have received a handsome sum as part of her divorce settlement with Scott even the amount is unspecified.

Meanwhile, her ex, Scott is a millionaire. The Canadian reality television star has amassed a massive fortune from his career. As per Celebrity Net Worth, Scott and his twin brother Drew have a staggering combined net worth of $200 million.

Ully was born and raised in Calgary, Canada. She completed her university education in her hometown. But, unfortunately, she has kept most of her early life details private. She is a Canadian by nationality and is White as per ethnicity. Meanwhile, Kelsy’s mother is Karen Stepenoff. She once shared a photo with her mother on mother’s day. But, details about her father are unknown.

Talking about her education, Kelsy Ully completed BBA from Mount Royal University in Calgary, Canada. She graduated from the university in 2007. After graduation, she flew to Las Vegas where she attended the University of Nevada-Las Vegas, where she studied BBA.

From 2016 to 2017, Kelsy enrolled at the Southern Alberta Institute of Technology from which she obtained an applied project management certificate of Achievement.