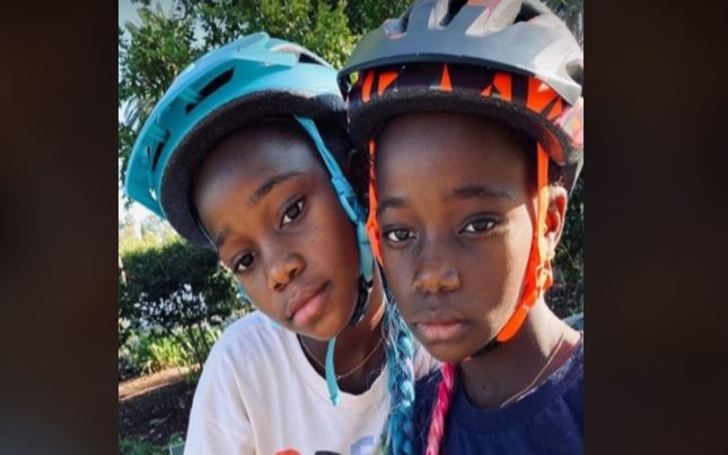 Estere Ciccone is the daughter of a singer-songwriter and actress, Madonna. Ciccone’s songstress mother is considered one of the most influential figures in popular culture. The music goers also often refer to as the “Queen of Pop.”

Throughout her career, she has had a series of successful albums, including all-time bestsellers Like a Virgin (1984), True Blue (1986), and The Immaculate Collection (1990). Likewise, her Grammy Award winners include Ray of Light (1998) and Confessions on a Dance Floor (2005).

Madonna, the best-selling female music artist of all time by Guinness World Records, in the last decade or so has touched the hearts of millions more. Though this is mostly because of her charitable and activist works in nations like Malawi. The most successful solo artist has developed some strong ties to the African nation – having adopted multiple local children.

So is Estere among such kids of hers? Or is she the biological offspring of the American pop icon? Know all these and many facts related to Estere Ciccone in the following details.

Estere Ciccone Is Malawian By Birth; Her Mother Died At Childbirth

Estere Ciccone along with her twin sister, Stella, was born on Aug 24, 2012. Her original name is Estere Mwale.

Her biological parents are Adam Mwale and Patricia. Adam is a farmer from a small Malawian community, whereas her mother Patricia was a housewife, who died a day after giving birth to her twin girls. Sources report she died due to heavy bleeding.

Her father is originally from the village, Kayembe. He apparently abandoned his daughters and children to marry another woman after the death of his wife, Patricia.

While Mwale remarried two years after Patricia’s death, Estere along with her five biological siblings in addition to Stella, all now aged between 10 to 25, except the other twin, were left clueless.

Eventually, Madonna adopted Estere in 2017, she and her twin sister were four years old.

In addition to her womb mate and the siblings she had in her home nation, Malawi, Estere has four step-siblings, namely, Lourdes Leon, Rocco Ritchie, David Ciccone Ritchie, and Mercy Ciccone.

Among the aforesaid names, David Ciccone and Mercy Ciccone are also the adoptive children of the Bay City native artist.

Madonna’s biological kids include Lourdes and Rocco. She had the former with her former boyfriend, Carlos Leon. Carlos was also her personal trainer.

Her Eldest Sister Is A Model

The first child of Madonna, Lourdes (full name, Lourdes Maria Ciccone Leon) was born in 1996. She is an actress and a model.

Lourdes has starred in campaigns for Miu Miu and Stella McCartney. She additionally has walked in Gypsy Sport’s New York Fashion Week show and has sat in the front row of Burberry, Proenza Schouler, and Alexander Wang.

Rocco Ritchie, on the other hand, was born on August 11, 2000. The La Isla Vonita singer welcomed Rocco with her ex-husband Guy Ritchie. Until 2018, Madonna and Guy had a bitter custody battle over him.

Estere Other Step Brother Is Also From Her Native Country

The third adoptive sibling of Estere is David Banda. Much like herself, David also hails from Malawi. The Golden Globe Winner took him under her shelter in 2006.

David was then barely a year old. He currently plays amateur level soccer (football) for some European team. David is originally from Home of Hope, an orphanage in the capital city of Lilongwe.

Her Mother Took In Another Child From The Same Nation

After Banda, Madonna once again headed to Malawi to adopt yet another native child. This time it was Mercy James, fully Chifundo Mercy James, a girl.

The Dick Tracy actress had applied for the assuming in May 2009, but the country’s High Court first rejected the application because Madonna was not a resident there.

Then when she re-appealed, and on June 12, 2009, the Supreme Court of Malawi finally granted her the right to adopt the little girl.

Madonna Finally Announced The Adoption Of Estere Ciccone And Stella

When she finally/officially got the guardianship of Estere and her twin sister in Feb 2017, Madonna, through her Instagram, announced,

She added how deeply grateful she was to all those in Malawi who helped make the adoption possible.

Before the adoption, Stella and Estere were living in the Mchinji orphanage. It is near the western border with Zambia. David Banda also once used to live there.

When asked what was her reason to add more children to her brood, the Multiple Grammy laureate pointed to her feeling not enough children “dancing in her Kitchen.”

Madonna explained to PEOPLE in Sep 2017.

She also reasoned her realization of so many children in need of a home in addition to the singer asking herself ‘What am I waiting for? Just do it.’

The Vogue singer said all of her elder children were supportive of the idea.

What’s intriguing is the singer had been denying the adoption rumor of Estere and her twin sister until it actually happened.

She had explained that she was in Malawi to check on the children’s hospital in Blantyre and for her other work with her organization, Raising Malawi. She additionally declared the rumors of an adoption process were untrue.

Madonna Was Criticized For Winning The Guardianship Of Estere

After Madonna finally became the legal parents of Estere and Stella, many in Malawi accused the government. They criticized the nation’s law for giving the singer a special exception to laws that otherwise prevent non-residents from adopting children to take abroad.

Apparently, the guardianship process took place in the courtroom in Lilongwe in front of Estere’s biological father and Madonna.

In an interview with Daily Mail in Feb 2017, the same month Madonna adopted Estere and her sister, their biological father claimed he didn’t realize their takings were permanent.

He explained Madonna rep had told him the pop star liked the twins, wanted to take them, educate them, and after that, they would be coming back to his village in Malawi.

‘That cannot be true,’

Mr. Mwale insisted adding how he believed the singer was only fostering the girls.

He said he had only agreed on the condition that it would be a wonderful opportunity for the girls. During the court hearings, Madonna’s team and several other locals blamed Estere’s father for abandoning his children right after their mother’s death.

Mwale, on the other hand, said he, himself took them to the orphanage and would visit them often.

In addition to sheltering the nation’s children, Estere’s mother, Madonna has worked to fight against poverty amongst Malawi’s orphaned children for more than a decade with her Raising Malawi charity.