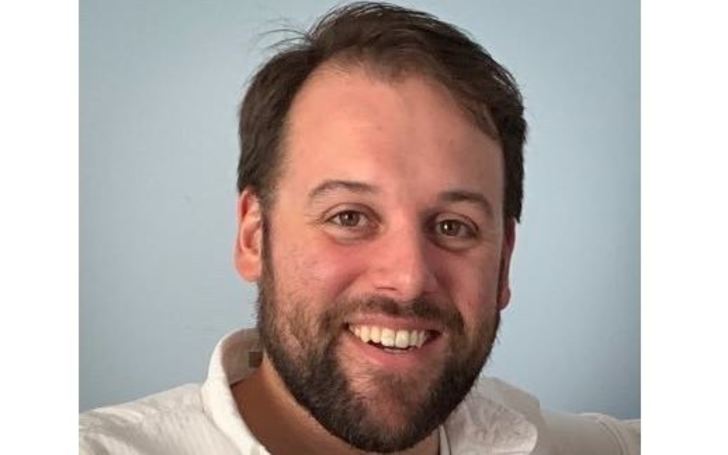 Matthew Mario Rivera is a multimedia producer, reporter, and adjunct professor. He is also better known as the husband of Kasie Hunt. Rivera’s wife, Hunt is a political correspondent for CNN. She also is a former NBC News’ Capitol Hill correspondent; Hunt used to cover Congress across all NBC News and MSNBC platforms and was the host of MSNBC’s Way Too Early with Kasie Hunt.

Hunt is the key member behind NBC’s Meet the Press. He’s been active in reporting, making documentaries, and originals.

See his personal as well as professional life in the fullest details. Also, acknowledge yourself with the analysis answering how much a man with the caliber of Rivera can make it in the news industry.

Rivera was born on 24 May 1982 in New York. Matthew is the son of Loraine V. Vetter of Smithtown, N.Y., and of Daniel O. Rivera of Sunny Isles Beach, Florida. He is also the stepson of Larry Vetter.

Rivera’s mother is a registered nurse who works at St. Catherine of Siena Medical Center in Smithtown.

On the other hand, his father, Daniel, retired as a lieutenant in the New York City Sheriff’s Office. The reporter’s stepfather, Larry owns Vetter Environmental Sciences, a consulting company in Lindenhurst, N.Y.

Rivera graduated with a degree in journalism from New York University (2004).

Rivera kicked off his career by co-founding Moose Productions with 12 employees in Feb 2004. The company used to deliver broadcast programming and feature documentaries.

In 2008, Matt became a multimedia producer and reporter for the Wall Street Journal. He used to develop an original video strategy for the launch of WSJ’s local coverage. The same year, he also taught classes in multimedia production for graduate-level journalism students at New York University.

Some other channels that have aired Rivera’s work include A&E, BBC, and the Travel Channel.

Rivera married his wife Kasie Hunt on May 6, 2017. Their wedding took place almost a year after they had announced their engagement. They announced the news of their engagement in the NBC Morning Show through Joe Scarborough and Matt’s co-host Mike Brzezinski. The New York University graduate had asked Hunt to marry him in mid-August 2016 in Big Sur, California.

The former MSNBC anchor took the news of her engagement to Instagram.

Subsequently, two years after the marriage, Hunt gave birth to their first child on September 4, 2019, a son named Mars. He was born 9-pound, 8-ounce on a Wednesday night.  The family resides in the Washington DC-Baltimore area.

The reporter couple first met in 2012. Both of them were working at NBC News in the District of Columbia.

Hunt and Rivera’s nuptials happened on May 6, Saturday, at Shenandoah Woods, a lodge and retreat in Stanley, Virginia. Marian Sieke, a Baptist minister who was also the friend of the bride’s family, officiated a nondenominational ceremony.

As discussed, Matt’s spouse is also a reporter known for MSNBC’s Way Too Early with Kasie Hunt. The Michigan-born wife of Rivera though departed the show in July 2021.

As a writer for Politico, Hunt covered the 2010 midterm elections. She also covered Mitt Romney’s 2012 presidential campaign. In MSNBC, she is noted for shows such as Morning Joe, Hardball with Chris Matthews, and With All Due Respect.

Matt’s partner, Hunt left the show in July 2021 and after that, she became an anchor of a new show in CNN+. Additionally, she also became the network’s Chief National Affairs Analyst.

What Is Matthew Mario Rivera’s Net Worth?

While the detailed figures with respect to Hunt’s husband’s net worth are yet to be talked about, it nonetheless can be assumed, he has raked in quite huge so far being in the reporting industry for over 17 years. Also, the fact that cannot go unnoticed is he has quite a number of experiences under his belt; all presumably and very likely giving him an edge when it comes to salary entitlement.

Affiliation to big reporting industries often always guarantees paychecks far more than the national average. And Rivera could very well be a good example of that. What’s more, he is reported to have amassed in the domain of millions or even higher — all throughout his news career that has been running for nearly two decades.