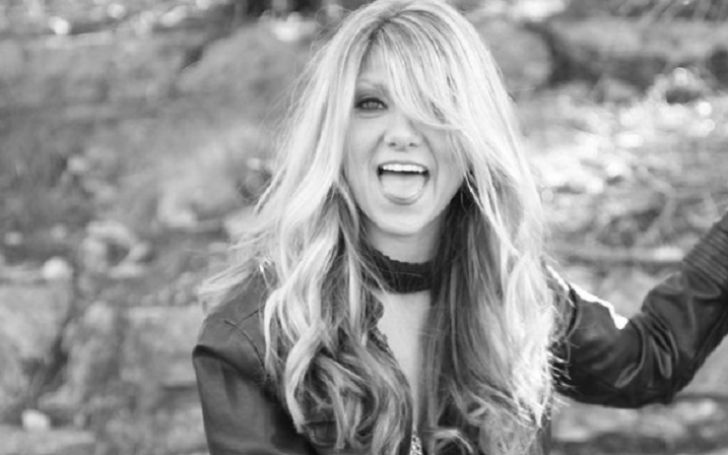 Paula Nelson is the daughter of one of the iconic country musicians Willie Nelson. Her famed father Wellie who is now in his late 80s has already spent over six decades in the music world with a number of acclaimed albums and singles. On the other hand, Paula has likewise built a highly successful path in her own right, following the same career path as her father.

In addition, there are many people who wonder to know about Paula’s hush-hush love life. So, in this article, let’s know about her failed marriage in the past, her current relationship status, and her views on marriage.

Here are several things that you didn’t know about Willie Nelson’s fourth child!

Paula Nelson Was Born Out of Wedlock: Her Parents’ Relationship

Paula’s father Willie released a memoir, Me and Sister Bobbie: True Tales of the Family Band along with a sister named Bobbie in September 2020. In the publication, Nelson talked about the marriages and infidelities the country music legend did in the past. He also opened up his cheating scandal with Shirley Collie, his second wife. Nelson recalled how Collie learned about the birth of Paula Carlene and his extra-marital affair with the baby’s mama Connie Nelson when the artist was still married to her. He writes,

“Shirley wasn’t buying that for one simple reason: The bill said the charges were for the birth of a baby girl, Paula Carlene, born to a Mrs. Connie Nelson.

“Shirley wanted to know who in the hell was Connie Nelson. Couldn’t lie. Was caught flatfooted. Had to get the words out of my mouth. ‘Connie’s my girlfriend and Paula’s our daughter.”

Willie’s then future-wife Koepke gave birth to their daughter Paula on 27th October 1969, in Houston. In 1971, Willie divorced his second Shirley. And the same year, the artist went on to marry Koepke. She also has a younger sister, Amy Nelson from her parents’ relationship. Amy now works at Lovey: King of the Roadies. Furthermore, Nelson has six-half siblings from her father’s different relationship.

However, her parents divorced after around 17-year of their marriage in 1988. Willie is in a delightful martial relationship with his fourth wife Annie D’Angelo.

Who is Paula Nelsons’ Mother?

Her mom Connie is now self-employed. She also works at Slow Uvalde Films. In the past, Nelson used to work as a producer for a couple of on-screen projects. She was an executive producer for Streetwise, a 1984 documentary film. Furthermore, Koepke worked for the television series, Mike Judge Presents: Tales from the Tour Bus.

Besides, Texas who was born and raised in Houston with her veteran family is a Galena Park High School graduate.

Spent Her Childhood Going on Tour With Her Father

Being the daughter of such a successful singer, Paula had quite an affluent upbringing. The star kid used to go on tour with her father and some other Country singers Waylon Jennings and Jessi Colter.

Besides, Paula spent a significant part of her childhood in Colorado. There, her family lived in a couple of communities like Conifer and Bear Creek, near Evergreen, Colorado until they made their move to Austin, Texas. The then 16-year-old girl subsequently attended Westlake High School.

Her Cocaine Addiction Led Her to a Drug Rehabilitation Clinic

While Willie’s daughter was at the high school, Paula started consuming drugs including cocaine. She recalled Austin Chronicle,

“I was 16 and had been living in Colorado since grade school where it didn’t matter, but to be Willie Nelson’s daughter in Texas was huge. [By 12th grade], I was doing a lot of coke, anything I could get my hands on, really. Adolescent angst. I got tired: tired of the scene, tired of it all.”

Paula Nelson later went to a rehabilitation center in San Diego, CA. Soon after her recovery from addictions, Nelson became a counselor.

However, Nelson didn’t stop the consumption of marijuana. Back in 2014, the artist was arrested when her tour bus was stopped by police in Texas for over speed. And when the cops learned that Willie Nelson’s daughter was on the bus, they started searching it for drugs and they also found marijuana. Upon the incident, Paula was briefly prisoned.

Paula Has Inherited Her Father’s Voice: Her Albums and Songs

Willie, 88, has spent over a half-century in the entertainment world. The old man is also grateful to have a daughter who is also following in his footsteps. Over the years, Paula has released albums like Coming Home, Fireflies, and Little City. The latter one featured singles such as Riddles and Rhymes, Drink, Sunny Days, Ready or Not, and more.

In 2014, the country music singer released an album Under the Influence that includes the songs Tell Me Baby, Just to Satisfy You, Water of Love, and Out in The Woods as well.

Furthermore, Nelson was a frontwoman of the Paula Nelson band along with guitarists Landis Armstrong and George Devore, bassist Chris Johnson, and drummer Kevin Remme. They released their album Lucky 13 in 2008.

Besides, Paula Nelson sang a duet with her father, a cover of ‘Have You Ever Seen the Rain.’

Paula Was a DJ: Her Other Endeavors

The 52-year-old once spent four years working as a DJ at the Texas radio station KDRP-LP.

Nelson is now a host of ‘The Paula Nelson Show on Sirius XM Radio, the Outlaw Country channel.

Furthermore, Paula has been a host of a Monday-to-Thursday show on Willie’s Roadhouse. The show was named after her father.

Willie’s daughter is also a car racing aficionado. She occasionally appeared as a stunt driver in Friday Night Lights. She also served as a stunt double for Jessica Simpson in one of her father’s videos.

Besides, back in years, the Country Music Association of Texas named her “Female Artist of Year.”

Nelson is also pretty into martial arts and is also a black belt holder in taekwondo.

Is Paula Nelson married? If Yes, Who is Her Husband?

Paula Nelson was in a marital relationship with her mysterious husband for a few years in the past. However, the singer has never revealed anything about her first hubby nor the years they were in a relationship.

Paula later started working as a massage therapist. Shortly after there, their marriage also dissolved. She recalled,

“I moved back here, got divorced, and said, ‘Let’s get the band back together!’ I had to get away from here to really appreciate the band.”

Her Relationship Status; Paula is Against Marriage

Over the years, Paula has entirely kept her love life behind closed doors. In an interview with Austin Chronicle, the ex-frontwoman of the Paula Nelson Band admitted She is single at present and neither does have a boyfriend. In the same interview, Nelson also expressed her point of view on marriage,

“I’m single. I’m not so sure I’m good at the other stuff, and I think I came by that naturally. There’s not one woman left in my family that’s still married. I don’t think that’s anything bad; I just think it’s hard to be gone all the time.”

“I don’t believe in fairy tales anymore. I don’t believe that there’s a set way it’s supposed to be anymore. I wanted that pretty white dress and a walk down the aisle, forever and ever, one person for the rest of your life. Kudos to the people who have done that, but it takes a lot of work.”

What is Paula Nelson Net Worth?

Her net worth is $500,000 as of 2022. She has earned the majority of her wealth from her singing career and other roles. She now resides in Austin, TX.

On the other hand, her dad Willie’s net worth stands at $25 million. He has a ranch in Spicewood. He also splits his time in Maui, Hawaii.

Willie Nelson’s daughter Paula Nelson is an avid social media user. She is active on Facebook, Instagram, and Twitter with a considerable fan following. She has over 22.2k followers on her Insta and has posted over 3.2k posts to date on her account.

Moreover, Nelson also has a self-titled YouTube channel, where the artist has 512 subscribers.