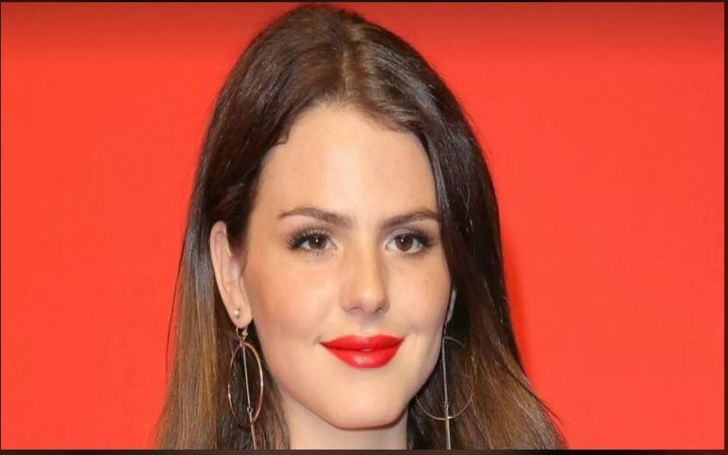 Ruby O. Fee is a Costa Rican-born German television star known for her role as Sophie Kellermann in the children’s series 13 Hours: Race Against Time. She is also famous as Sophia v. Gelenberg in the Bibi & Tina film series.

O. Fee is quite a recognizable face in Europe with her ubiquitous presence in children’s films, commercials, medieval drama, and others. And now she is making a mark in Hollywood as well.

Know all about her unknown yet praiseworthy achievements, her early life; her nomadic upbringing. Also read exhaustively about her film journey, her love life, and upcoming projects all in the specifics below.

Ruby O. Fee Was Homebirthed In A Hut

O. Fee was born on February 7, 1996, in San Jose, Costa Rica in a wooden hut in the jungle. During her birth, there was no doctor, no midwife but only her father and some of her parents’ friends.

Her biological father is from England while her mother is German. Her mother didn’t continue her relationship with her father for long after her birth and started dating a French guy. In fact, O. Fee grew up in Brazil with her costume designer mother and French stepfather. She along with her mother and step-dad moved to Berlin, Germany in 2008 where she went to Bela Bartok Music School.

Ruby once revealed she spent some part of her childhood traveling the world with her hippie life-loving mother. The actress also disclosed that she would buy most of her clothes from the flea market.

Ruby O. Fee Mother Didn’t Allow Her To Be In Front Of The Camera For Some Time

When living in a small village in Brazil with her mother, photographers from a children’s fashion magazine turned up there and discovered the nine-year-old, Ruby. After that, she became addicted to working in front of the camera that she asked her mom to sign her up with an acting agency.

O. Fee, however, reveals her mother was skeptical and knew that her daughter had tried so many things on a whim and stopped again. The raven-haired actress had even learned singing and ballet but had quit midway. Ruby, nonetheless, managed to persuade her mother so that she could pursue acting.

She Has Acted In Numbers Of European Films And TVs

The Costa Rican actress made her film debut as Rebecca in the English film Womb alongside Eva Green and Matt Smith.