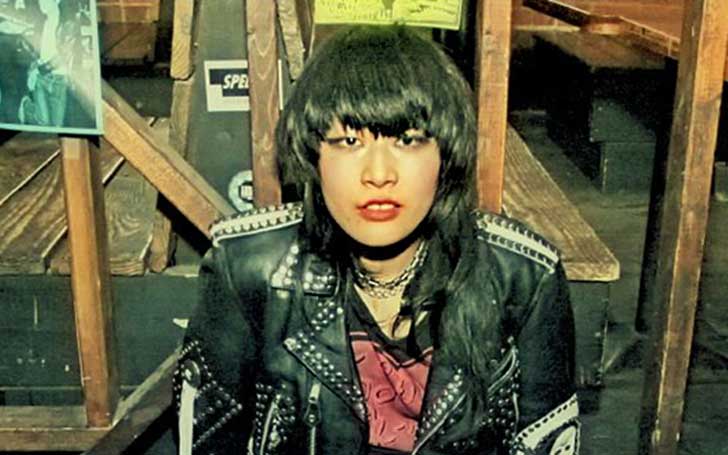 Akiko Matsuura is famous as actor Charlie Heaton’s ex-girlfriend. If you have been following actor and musician Charlie Heaton from the very beginning, then you might be familiar with the name. To those who don’t know, she is a Japanese-born musician and vocalist who has been part of a couple of rock bands so far. Still, she is most famously known as Charlie’s ex-girlfriend.

Her ex-boyfriend, Charlie Heaton is the famous actor in Netflix original series Stranger Things. Talking about their relationship, the former pair met in the early 2010s and hit it off soon. They led a romantic relationship for a couple of years before parting their ways. Well, in that period, they also became parents. But why did they break up?

Even though it’s been years since Akiko Matsuura and Charlie separated, yet many of their fans are unaware of why they broke up. So, in this episode, we have brought forward everything you need to know about the Japanese musician and her relationships.

Who is Akiko Matsuura? Where is She From?

As we already mentioned, Akiko is a Japanese-born musician, who is particularly active as a drummer and a vocalist for the English rock band, Pre. Not much about her early life is known, however, we have come to know that she was born on November 2nd, 1980, in Osaka, a Japanese city on the island Honshu.

Talking about her education, she studied art in her college days before

Other than that, info about her early life, parents, and education are out of media reach as of yet. Moreover, it is also unknown when and why she relocated to the United Kingdom.

She is a Drummer and Vocalist

Akiko developed a keen interest in music from her early childhood days. After moving to London, she started her professional career in music. After meeting a guy named Simon Petrovich, Akiko formed a band named Comanechi with him. The band also featured her then-future-boyfriend Charlie who joined it in 2013.

As for the band’s unique name, well, Akiko was the one who gave it the unique name. She named it after Romanian gymnast Nadia Comaneci. During her time in the band, they released a couple of singles, such as Death of You, R.O.M.P.

She left the band shortly and joined another rock band, The Big Pink as a drummer. She played for the band for some time before making a switch to her current band, Pre. Matsuura is a vocalist of the band.

Akiko Matsuura and Charlie Heaton’ Relationship-Where Did they Meet?

Akiko and Charlie dated for a while before the latter rose to stardom with his role of Jonathan in Stranger Things. As per the reports, the pair first met in early 2010s at a party hosted by their mutual friend. After that, they performed together in many concerts with the band Comanechi. The ex-pair started dating when they were with the band.

Further, the source added that they were head over heels in love. On May 19, 2014, Akiko and her then-beau Charlie gave birth to their first and only child, Archie Heaton.

They kept their parenthood secret from their fans for nearly three years after they welcomed their baby boy. It was only revealed in 2017 after Charlie was busted at LAX for substance possession and sent back to the UK.

Although the drummer and Charlie became parents within two years since they started going out, it couldn’t help their relationship get stronger. Rather, the pair broke up in the same year. The ex-lovebirds, however, haven’t revealed the cause of their breakup. Further, no other official sources have talked about their split.

This might come as a shocker for many of you. So back when Archie and Akiko first met each other, they had a considerable age gap between them. While Matusuura was in her 30s, Charlie wasn’t even an adult.

Further, Charlie became a father for the first time when he was 20. Because he was quite young during all this, fans have been calling out Akiko for grooming him. According to them, Matsuura made Charlie addicted to all kinds of drugs. In addition, fans even say that Charlie Heaton was forced to have a son with Akiko.

She doesn’t really indulge in being in the spotlight and especially, after her breakup from Charlie, she has remained low-key. Furthermore, she doesn’t seem to enjoy social media much which further keeps her away from the fans.

Well, concerning her current relationship status, there isn’t much information. However, she appears to live a single life raising her son, Archie.

Even though Akiko is living a single life, her ex-boyfriend Charlie Heaton is happily in a relationship with his girlfriend of five years. Charlie is dating his fellow Stranger Things co-star, Natalia Dyer. The lovebirds first came across on the set of the Netflix series and became good friends soon and ultimately started dating.

The loving duo has not admitted to being in a relationship publicly as of yet. However, some sources close to the couple have revealed they started dating before the filming for the second season started. They have made a number of public appearances together through these years.

Meanwhile, both Charlie and Natalia keep updating their fans about their lives on social media, however, they have never showcased their love for each other on the platform.

How much is Akiko Matsuura Net Worth?

Matsuura has been active as a drummer and vocalist for a long time now. She has undoubtedly amassed a handsome sum of money from her career as a musician. However, detail on her earnings and net worth is behind the closed door.

Well, we can presume her net worth sits comfortably in hundreds of thousands of dollars. Meanwhile, her ex Charlie is a millionaire. His work as an actor, specifically in Stranger Things has earned him a huge amount of money. As of 2021, his net worth is estimated to be around $3 million.