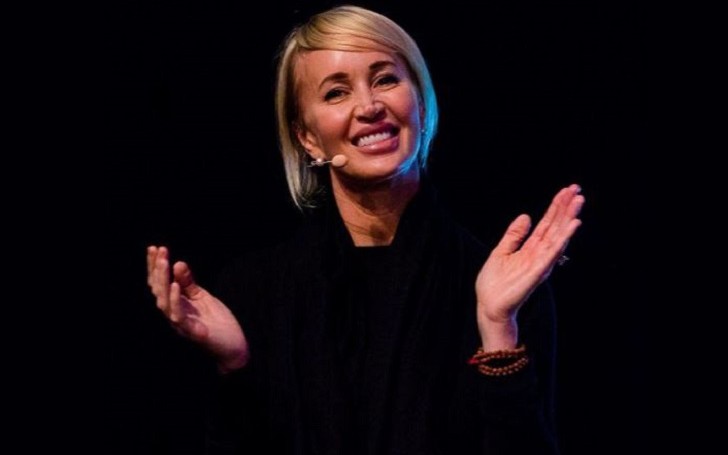 Sage Robbins is a former Canadian actress, who hit the media soon after her relationship with the author & motivational speaker Tony Robbins made headlines in 2000. The couple has been married for nearly two decades and they still seem in love as much as they were during the first few years of their marriage.

Besides, they both had a rocky marriage with different people. Sage was married to John Lynch while her husband Tony was in a marital relationship with Becky Robbins before they involved in their own love story. Tony shared three children with his first wife but Sage doesn’t have a single kid of her own.

Well, many of you might be thinking what is Tony Robbins’ wife doing at present? Let us try to explore every aspect of Sage’s life here!

What is Sage Robbins Real Name? Details on Her Age and Childhood

Sage Robbins’ real name is Bonnie-Pearl Humphrey. She was born on 5th August 1972, in Vancouver, a city in British Columbia, Canada. Celebrating her 48th birthday in August 2020, Tony shared a photo of his wife with a beautiful caption,

“Happy Birthday to the light of my life and my soul mate. YOU are the greatest gift I’ve EVER known. Your love shines so bright and blesses so many of us,” the veteran philanthropist further wrote, “We love you, thank you for being you, you crazy, beautiful, magnificent weirdo!”

Besides, Sage, 48, is an American as per her nationality.

Who Is Sage Robbins’ Parents?

Her father’s name is Bill Humphrey. Back in October 2017, Robbins posted a photo of Sage’s parents, celebrating a monumental event of Bill’s commemoration of 50 years sober in Alcoholics Anonymous.

Similarly, Tony shares a strong bond with Sage’s mother too. Although his own mother passed away years ago, the elite writer often shares the photo of his mother-in-law on the occasion of Mother’s Day. 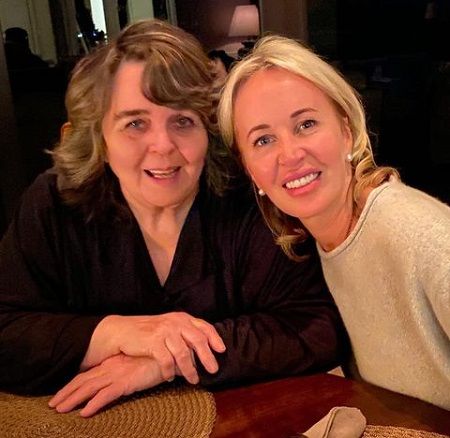 Sage is a health food store clerk. She also practices acupuncture and phlebotomy. In addition to that, Sage is an occasional actress. She scored her first acting role as Tony Robbins Fan in the movie Shallow Hal in 2001.

In 2013, the actress also landed her first TV role, playing in the TV series, Toby the Vampire Slayer. The same year, Sage went on to feature in the short movie, Stab: The Real Life Sequel.

Furthermore, Robbins’ wife acted in the documentary Tony Robbins: I Am Not Your Guru in 2016. She also appeared in the TV series Super Soul Sunday.

How Did Tony Robbins Meet His Wife, Sage? Their Engagement

The couple first came across while attending Tony’s motivational seminar back in 1999. During an appearance on Oprah’s show in 2018, the enduring lovebirds confirmed when they met for the first time, it was “instant love.”

“I was at an event, and I had literally just ended my previous relationship, i wasn’t interested in a relationship at all, and I saw her across the room and I could not break eye contact.”

“When we met, I felt like I had come home. I never had felt more comfortable with a human being in my lifetime… I just felt like, ‘I was made to love this man.”

On the show, the duo opened up that they initially remained friends until their friendship turned into a romance.

Robbins proposed to his then-girlfriend Sage in June 2001. A few months after their engagement, they also decided to take their relationship to the next level.

Tony and Sage exchanged their vows on 15th October 2001. The couple walked down the aisle at a ceremony in Fiji. They were surrounded by their family members and close friends at the event. It’s been nearly twenty-year that the duo has been married and their long-lasting relationship is still going pretty strong.

Flaunting their unconditional love, Tony frequently shares beautiful posts on social media profiles. On the occasion of 2019’s Valentine’s Day, Tony likewise celebrated twenty-year of togetherness with Sage. He wrote on the photo,

“Today I am blessed to be celebrating 20 years with my wife, my love, my partner on this path, my Sage!! You are truly the most magnificent gift of my life. Living this mission with you is my greatest joy & I give thanks for the depth of your love today & every day. Your pure light is the oxygen to my soul.”

Her Previous Marriage: Her Ex-Husband Tried to Sue Tony

Sage Robbins’ first husband was John Lynch, a Canadian businessman. The two tied the knot back in 1992. Sage was only 19 while her then-husband John was 30 at the time of their wedding. They attracted huge attention when Lynch saw a photograph in a tabloid of Sage and Tylor kissing in September 2000.

As soon as the photos went wild on the media, John threatened to sue Robbins for “alienation of affection”. He claimed that Sage and Tony began dating when Lynch was still married to Sage. Apparently, Sage contended that they first came across a year after her separation from Lynch.

Sage Robbins Children: Did She Have A Daughter With Her Husband?

Sage doesn’t have a kid of her own. But, the actress is a stepmother of four kids from her husband’s previous relationships. Tony has three children with his first wife Rebecca “Becky” Jenkins.

Sage’s fortune is $500,000 as of 2022. She mainly makes money from her work as a health food store clerk and many other works. In the meantime, Tony’s estimated net worth stands at $600 million.

The duo resides in Palm Beach, Fla. The $24.75 million waterfront duplex features a guesthouse, a 165,000-gallon infinity pool, and a master bedroom balcony as well.