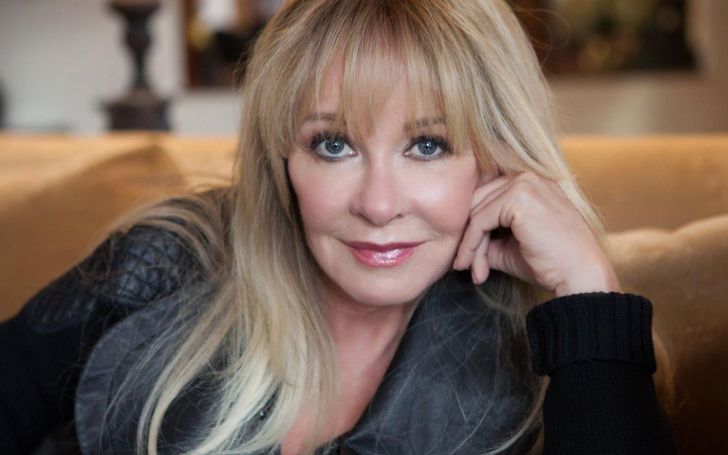 Becky Robbins is the former wife of the public speaker Tony Robbins. Although Tony has made a big name for himself, it wouldn’t be possible without the major contribution of his ex-wife.

One of Tony’s most successful books, Awaken the Giant Within was dedicated to his then-wife, Becky. Both of them worked together to build Tony’s empire. Despite all that, their relationship eventually ended. What was the reason behind their separation?

Today in this article, let us find the answer to this question. Moreover, we will also take a close look at what Becky is doing nowadays and if she married again after divorcing Tony.

Becky Robbins grew up in Denver

She was born Rebecca Jenkins in 1950, in Denver, Colorado. She belongs to the Caucasian ethnicity and has American nationality. Further, she has English ancestry from her father’s side.

Talking about her parents, there’s not much information available about them. The only thing we know is that her folks separated earlier on and Becky and her brother stayed with their father.

She once shared a heartfelt message towards her father on Facebook. In the beautiful post, she talked about how her dad instilled in her the value of empathy and compassion.

In the post, she mentioned a story wherein a man asked her father what type of pesticide he used to successfully grow vegetables in the mountains of Colorado while his vegetables were all eaten by rabbits and gophers. Her dad then answered him and said, “Oh, I don’t like to kill them, I just plant twice as much.”

Her parents wanted her to be academically sound

Becky finished up her formal education from Denver itself before moving to California. Growing up, her mother and father laid emphasis on the importance of education. They asked her to focus more on academically sound subjects like music, education, and literature.

But Becky always had an eye for those who were into athletics. In an old interview with Road and Travel, while talking about her upbringing, she said, “I wasn’t raised to be a courageous person as far as athletic endeavors. But I’ve always admired people who were athletic and good at sports. A lot has to do with what you’re exposed to when you’re a young girl.”

It was back in 1983 when the now-former flames came across each other. Back then, Becky wasn’t really satisfied with how her life was moving forward and wanted to change it. Coincidentally, Tony, who had become somewhat of a life coach at the time, organized a seminar in Denver.

As soon as Becky found out that the one and only Tony is holding the seminar, Unleashing the Power Within she instantly enrolled in it. According to her, the three-day seminar turned her life upside down for good.

It was at this very seminar that Becky found herself and a partner for life. She was sitting in the front row and the 6ft 7 in public speaker couldn’t help but notice this blue-eyed blonde. Both of them were instantly smitten with one another and before you know, they were dating.

They married after dating for a couple of years

Although Becky was 10-years older than Tony, that didn’t stop their friendship to blossom into love. Eventually, the pair exchanged vows in an intimate ceremony in 1984. At the time of their wedding, Tony was only 24-years-old but he believed he can handle it.

While this was the first marriage for Tony, it was a third for Becky. Both of her previous two marriages had ended in a bad way and it took a lot of courage for her to enter into a new relationship.

The couple did not welcome biological kids between them, but that doesn’t mean they didn’t experience parenthood. They did actually. So like we mentioned before that prior to marrying Tony, Becky was already married two times. And from her past relationships, she became a mother of three children which Tony adopted after marrying her.

At first, she welcomed a baby boy named Tyler. A few years later she became a mother of a daughter named Jolie Jenkins and lastly, she welcomed yet another boy, Josh Jenkins.

When Tony married Becky, he became a father figure to her kids. In an old interview with CNN, he said, “All of the sudden, I have an 11-year-old daughter, I had a 5-year-old son, I had a 17-year-old son. I’m really proud of the fact that at 24 years old, I stepped up and did that.”

In addition, Tony was also a father of one child, Jairek Robinson, from his previous relationship with Liz Acosta. His son Jairek is also a personal empowerment coach and a trainer.

Becky and Tony separated after a decade: What was the reason?

Before jumping into marriage, both of them never had thought their relationship will come to an end the way it did. Tony reportedly had a feeling from the get-go their relationship might not survive the test of time but because he didn’t want to hurt his wife’s feelings, he tried his best, at least according to him.

It was Tony who filed for divorce. They separated in the year 1998 and after two years their divorce was finalized. According to reports at the time, their divorce wasn’t exactly great and was bitter from both ends.

Since their divorce, Becky has not married anyone. On the other hand, her ex-husband Tony exchanged vows with Sage Robbins on October 14, 2001, the same year his divorce finalized with Becky.

What is Becky Robbins doing nowadays?

As of now, Becky has found solace in the field of art, something which her parents always wanted her to pursue. She is a painter. Her work has been primarily influenced by the great Ernst Haeckel.

She is active on Instagram and shares a lot of her work on social media platforms. She has also worked for several charitable organizations and sold her artwork for philanthropy work. Moreover, she once worked closely with Alliance Health Project.

Apart from that Becky also served as the vice president of Robbins Research Inc in San Diego.

How much is Becky Robbins’s net worth?

Her net worth is estimated at $2 million. She earned the majority of her income from her profession. Further, she must’ve gotten a hefty paycheck as her divorce alimony. Her ex-husband as of now has a total fortune of $600 million.