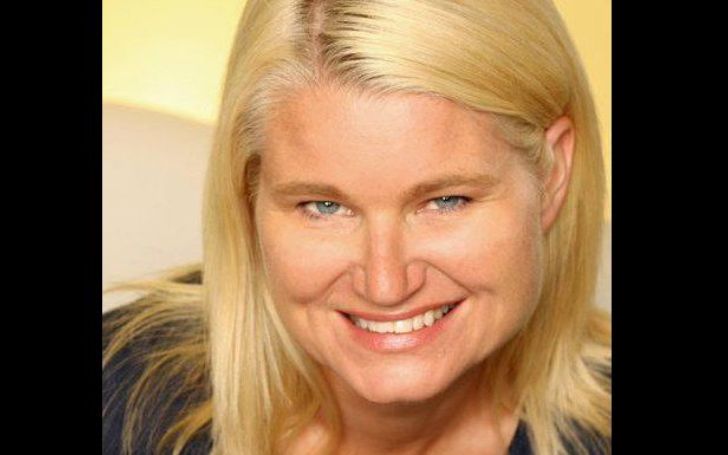 Ren Kennedy is a Canadian actress, writer, singer, and songwriter. She is known for acting in projects such as The Robbery, Model Killers, Sunrise Aquarius, I Am Victor, and Untold Stories of the ER.

For the American viewers, she might be notable as the blonde dancing teacher in the Downey Unstoppable commercial video. Turns out, she, however, has been in the performing business since an early age.

A former singer-turned-actor although yet to make her mark in the larger audience has quite a lot to tell. Know all about her life so far; her early exposure to theatrics, the journey from up north to down south in Hollywood, her personal life, and furthermore.

Ren Kennedy Childhood; She Was A Sort Of A Prodigy In Music And Singing

Well, Ren Kennedy was born Karen Dawn Kennedy on Oct 10, 1967, in Victoria, British Columbia in Canada. She is a child of the divorcee parents. Her folks separated when she was three.

Kennedy, the only child of her parents, once revealed she grew up primarily under the guardianship of her mother, Eleanor, a bank employee in Victoria and Nanaimo. In the holidays, she would split her time between Kelowna, BC, and Richmond, BC.

Her father after divorcing her mother married a woman named Joan with whom he had two kids, Rodney and Marie. She states she got to spend the majority of her childhood within the domain of loving, supportive, and encouraging people.

In an interview with Shine On Hollywood in March 2013, Ren revealed her father was very musical and had a booming bass voice. He was also a violinist in an Orchestra in Victoria.

What Inspired Her To Music?

Kennedy says it was because of her father, she faced music at a very early age and got inspired by it. She, therefore, started singing solos at a young age in the choir and when she was nine, she sang Sunshine On My Shoulders in concert for about 500 students, teachers, and parents.

Not long after, she would find herself singing in many other concerts, musicals, inside and outside school, including The Wizard of Oz, Godspell, HMS Pinafore, Jesus Christ Superstar, and others.

She first stepped into the line of Opera at the age of 22. After that she decided to study and earn her Bachelor of Music in Opera Performance from The Vancouver Academy of Music, graduating in 2000.

Following her college, she sang roles across Canada and in the United States, including Donna Elvira in Don Giovanni, Countess in Marriage of Figaro, and Senta in Der FlieglendeHollender (The Flying Dutchman) by Wagner.

Ren Kennedy Shift Her Career Music And Singing To Acting

Kennedy decided to stop singing once her father lost his battle to cancer, the man who had introduced her to the art.

With Shine On Hollywood, the Vancouver-native said after her father’s demise, the singing became difficult for her. To her, she said music started to become painful.

“When my father passed away I really lost my desire to sing at all,”

confessed the British Columbia resident. She additionally revealed it was also one of the reasons she had changed her name to Ren Kennedy.

In the interview, she also said how her father when alive used to admire not just her singing but also her act when she was on stage. She henceforth decided to head back to Vancouver and took some acting classes for film and television.

The now 54-year-old actress then attended The Acting Corps in North Hollywood and truly fell in love with the craft of acting. Some of her fellow acting students were Eugene Buica, Luis Carazzo, and Adrian Alita. She also considers herself to be fortunate enough to learn from teachers including the incomparable Shea Hampton.

Where Does Ren Live Mostly; Canada Or The Us?

Ren mostly divides her time between the Canada and USA. Kennedy’s LinkedIn, nonetheless, states she now resides in Vancouver British Columbia, Canada working as a professional actor at Leo Management.

However, when talking to Shine On Hollywood back in March 2013, Kennedy said she had been living in the west end of Vancouver, BC, right up against the edge of Stanley Park and English Bay.

Ren, at the time, also said how she was experiencing the best life she possibly could have in that place. The daughter of a banker mother though added her creative portal had become Santa Monica, California, and the beach between Santa Monica Pier and Venice Beach.

Owing to that, Kennedy said she traveled to LA about four times a year, for a couple of weeks each time during the early 2010s. Ren had also stated while Vancouver is where her family has been, her hometown, and the place where she had her first success, she referred to Hollywood as her North Star.

She consequently expressed her hope of putting down some roots in the Golden State.

In addition to having appeared in a handful of Canadian and US projects, Kennedy is also a part of a hit commercial video. A while back, Downy released a very entertaining ad featuring a woman who can’t seem to stay still after smelling the result of using Downy’s Unstoppable product.

And the blonde lady is none other than the Canadian-born, Ren Kennedy. In the promotional video, Kennedy’s clothes smell so good, she pulls her dirty apparel from the laundry bin and sniffs them after which she remarks, “Still fresh.”

She then dons the trash dress and breaks out in dance while shaking her bottle of Unstopables. In the next scene, the former child choir singer walks confidently down the halls of a high school with all students staring at her confidence.

The blue-eyed performer got her first break as an actress in the American short drama movie The Robbery (2011).

After that, she would portray the character of Patti in the 2012 short film, Model Behavior. The following year in 2013, the Vancouver Academy Of Music graduate wrote and appeared in her first feature-length film Little Miss Mania. In the TV movie, Kennedy performed the role of Karen.

The same year, she appeared for one episode of the TV series documentary, Strip Club Owner in addition to featuring in two other projects, a short movie, Sunrise Aquarius, and yet another TV movie, I am Victor. Between 2012 to 2016, the Leo Management employee played two characters in TLC’s TV series documentary, Untold Stories Of The ER.

Two years later, Ren would portray Captain Barbara in the regional comedy-drama movie, Filthy Swine. Her last screen appearance was in the TV series, Transcendent Realms, 2021. There are currently four movies in which Ren is set to have credits. Though all the films are under production.

Kennedy will be in the TV series Fabulous, in which she plays the role of Julie Smalls. She further is about to be seen in the productions Filthy Swine, Nephel, The Fallen, and Eternal.

Does Ren Have A Husband?

Perhaps the only thing that is confined to Ren herself is what might be said about her own life; does she have a spouse or if nothing else a romantic partner. The answer to whether or not she has a husband, to a critical degree, is a hazy subject generally in part to her idle socials, be it Facebook, Instagram, or Twitter.

The secrecy is additionally because of the actress scarcely discussing the inner aspects of her life. In like manner, the evident unconcern of the Canadian entertainer with respect to such issues makes it challenging to understand whether she is a ring bearer or is still all single. That said, we would love to see Ren married to a perfect partner.