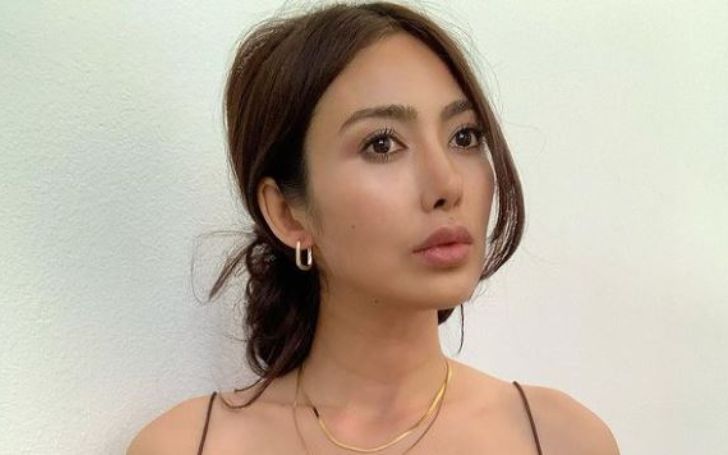 Chasty Ballesteros is a Canadian actress of Filipino descent with over 100 credits under her name. She is widely famous for her performance in the TV series The Newsroom (2012-2013).

Making her debut as an actress in 2009, she has appeared in dozens of movies and TV series over the years. Let’s have a look at what kind of movies and series have Ballesteros appeared in so far in her acting career? What was she doing before entering the film industry?

Moreover, we will also talk about her personal details. Is she married? If yes, who is her husband? Further, also find out about Chasty Ballesteros’ boyfriend, past affairs & more.

Bio-Wiki: When Is Chasty Ballesteros’ Birthday?

Chasty Ballesteros’ full name is Chasty Rose Ballesteros. She was born on the 3rd of January 1981, in Vancouver, Canada, holding a Capricorn sun sign. As of 2022, her age is 41.

By nationality, Chasty is a Canadian while she belongs to the Asian ethnicity. She has Filipino descent. Her parents raised her up in Winnipeg, Ballesteros.

Talking about her academics, Ballesteros attended a high school in Winnipeg. Immediately after completing her secondary education, she moved to Vancouver for pursuing her profession.

She Wrote A Message For Her Late Grandmother Via Instagram

On Ballesteros’ social media, she shared numerous pictures and videos with her father, mother, and grandmother. She is very close with her family, especially her grandmom.

On June 14, Chasty uploaded her grandmother’s video with a song for her mama. Also, she expressed how hard it is for their family without her. She expressed her feelings and love for writing:

This has been the most difficult two weeks…today our family lay our grandma to rest. Words cannot express how much I love this woman…she was like a mother to me. Rest easy now Mama… Our forever love And now, our angel up above.

Physical Features: What Is Her Height?

The 41-year-old is an Asian beauty with naturally black hair has pretty brown eyes. Chasty stands at an average height of 5 feet 6 inches or 168 cm. Likewise, her weight is 55 kg (121 lbs).

Chasty Ballesteros Worked As A Hairstylist Before Becoming An Actress

Chasty started her professional journey as a hairstylist immediately after her high school graduation. During her initial years, she also served as a manager at a hair salon.

Eventually, her career in the entertainment industry as a model. She has appeared in a few television commercials such as Kokanee, Credit Unions of BC, and Bud Light. As an actress, she initially appeared in some episodes of TV series like Smallville, The Guard, Supernatural, and Psych.

The former hairstylist gained international fame after her performance on the television show The Newsroom. Between 2012 to 2013, her performance in the political drama starring Jeff Daniels, Alison Pill, and Olivia Munn was appreciated by critics as well as audiences.

Moreover, Ballesteros’ other notable roles include Ronara in the online Strek Trek fan film Star Trek: Renegades and Rachel in The Girl’s Guide to Depravity. She is also a part of hit series like How I Met Your Mother, Beverly Hills Cop, Modern Family, The Young and the Restless, The Big Bang Theory, and Lucifer.

To date, ‘The Newsroom’ actress was last seen playing the role of Jen in the TV show FraXtur. Apart from television, Chasty has appeared in numerous films like Final Destination 5, 10.0 Earthquake, and The Mummy. In the year 2022, Ballesteros is all set to entertain her fans. She would appear as Isabella in the post-production television film, Sugar Mommy [2021].

Chasty Ballesteros Is Married To Her Husband

As of now, Chasty is married to Curtis Keene. Her husband is a mountain biker by profession. As per sources, the couple met and immediately started their relationship. After dating and knowing each other for a long time, they got engaged and finally tied a knot.

The duo exchanged wedding vows on November 13, 2017, in a grand and private ceremony. She announced her marriage through an Instagram post where her pet was dressed like a bride in a white gown.

Her Biker Husband Pulled Off An Epic Surprise Engagement

Like every lady, Ballesteros also always dreamt to capture every special moment. Keeping that in mind, her then-boyfriend Curtis planned to ask her and surprise her by going big.

Chasty had no idea and was astonished by Keene’s engagement proposal. Finally, on January 23, 2016, the biker rented a helicopter and got engaged after a year of planning, coordination, and ring searching in Santa Monica, California.

Like every celebrity, Chasty Ballesteros is also active on different social media. She created her Twitter profile in February 2012 which currently has 4,932 followers.

The ‘10.0 Earthquake’ alum is also available on Instagram with 34k followers. On her social media profile, she describes herself as the weirdest person one will ever know. She loves trying various adventures.

The former hairstylist often shares pictures of her traveling to different places. She is a bike lover and she is all ready to ride the bike on her Instagram posts. Moreover, she is an animal lover and owns two pets. She has a Toy Fox Terrie and Chihuahua breeds dog.

How Much Is Chasty Ballesteros’ Net Worth In 2022?

The Ranch alum has amassed a decent sum through her flourishing career. She primarily earns from her acting and modeling career. Besides, she also receives a considerable figure for her sponsorships & endorsement deals.

Neighbors actress’ exact wealth is yet to be revealed. However, Chasty Ballesteros is believed to have an estimated fortune of $2 million in 2022.