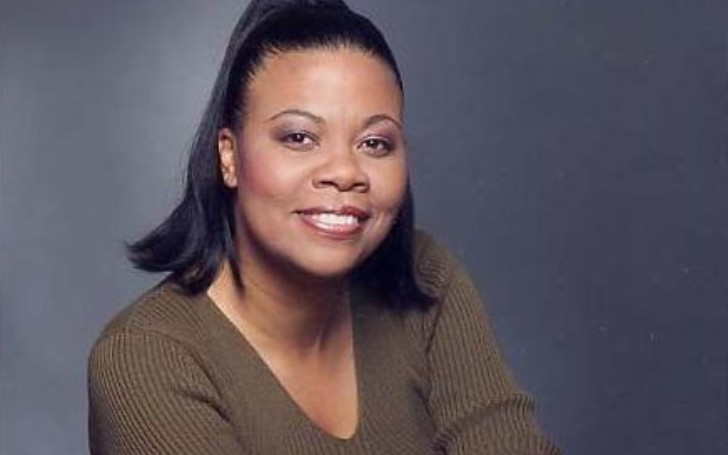 April Gooding is an American actress, comedian, and voiceover artist. Regardless of her career as an actress, she is famous among the fans as the elder sister of Oscar-winning actor, Cuba Gooding Sr.

When you are born into a family of stars fame is something that you cannot avoid. This is why there are a lot of fans wh0 are curious to know more about April’s life as well. To say the least, she is also an accomplished actor but not as famous as her siblings Cuba and Omar Gooding.

Still, there is a lot more to her than what meets the eyes. Here in this article, find out all the intricate details regarding April including her early life, lifestyle, and relationship status.

About April Gooding: Comes from a family of stars

Born on January 2nd, 1967, in Bronx, New York, April is most famous to us fans as the older sister of one of the best actors of his generation, Cuba Gooding Jr. Her brother is an Oscar-winning actor who has appeared in several hit TV series and movies. Aside from Cuba Jr., she has another brother named Omar Gooding is also a famous actor. Similar to her brothers, April is also an actress.

Besides, April was born and raised in New York City. She is the first child of legendary R&B singer, Cuba Gooding Sr., and his wife, Shirley Gooding. Her father is most renowned for his time in the band, The Main Ingredient. He was the lead vocalist of the band, replacing Donald McPherson.

April’s father and mother were initially married from 1966 to 1974. After their separation, they once again reconciled and again tied the knot in 1995. The power couple was married for decades before Cuba Sr.’s demise in 2017 at the age of 72.

Details on April Gooding Siblings: She has three brothers

Aside from April, the Gooding sibling has three other members, Cuba Jr., Omar, and Tommy aka Thomas Gooding. The 53-years-old is the eldest of the brood. All four of them spent the major portion of their childhood in the state of California.

Many of us are already aware of Cuba Jr. and Omar Gooding. Both of them are exceptional actors. While Cuba is revered for his role in Jerry Maguire, Boyz n the Hood, and Men of Honor, Omar is known for Family Time, Baby Boy, and Smart Guy. Now talking about her third brother, Tommy, he is not an actor like the rest of them but a musician. When his father Cuba Sr. was still alive he used to serve as the musical director on his touring band. In addition, he is a freelance bassist and a music producer as well.

April shares a tight bond with her siblings, however, more so than not, she only shares pictures with Cuba and Omar and not Tommy. Does this pose a serious question as to what kind of relationship does she share with Tommy? Be that as it may, we hope nothing but the best for the family.

Is April Gooding married or still single? Does she have a child?

It looks like April is single and not married to anyone yet. Furthermore, after a careful inspection of her social media profile, she doesn’t seem to have a child. Even so, we all know how celebrities like to keep their personal life behind closed doors and it might be one of those cases here as well.

Nevertheless, April is happy being a doting aunty. From Cuba Jr’s she has two nephews, Mason and Spencer Gooding, and one niece, Piper Gooding. In addition, from Omar’s side, she is the aunt of two cute little nephews, Omar Dari Gooding Jr. and Bradley Gooding.

April has a real close relationship with all of her nephews and niece, especially with Cuba Jr.’s side of the family. As her nephews Mason and Spencer are trying out in the modeling world, she doesn’t miss a single opportunity to congratulate them whenever they score a new gig. In addition, she often wishes them and her only niece on her birthday.

Safe to say, April is happy being the doting aunt that she is. They are like her own children.

April is a multi-talented celebrity who has so far worked in a string of series and movies. Her most famous credits include InAPPropriate Comedy, Night Into the Day, and The Shield. Aside from that, she has also a few voiceover gigs in her bucket. She once had a small role in the movie Life of a King alongside her brother Cuba.

Furthermore, the Gooding sister is also a stand-up comedian. She also runs a podcast titled, Growing Up GOODING. She produces the podcast with the help of her brother Omar. In the podcast, the siblings discuss topics such as Sports, Hollywood, Family, and more.

How much is April Gooding’s net worth?

As of 2022, her net worth is estimated at around $200,000. She has been able to accumulate her wealth through her work in showbiz. On the other hand, her brothers Cuba and Omar are millionaires.

Her late father had a total fortune of $42 million. Being a star kid, April and her siblings enjoyed a relatively lavish life.

Like most celebrities, April is on Instagram. In fact, she is pretty much active on the platform. As of 2022, she has over 4.7k followers on the platform and she does not shy away from showing off her life via social media.