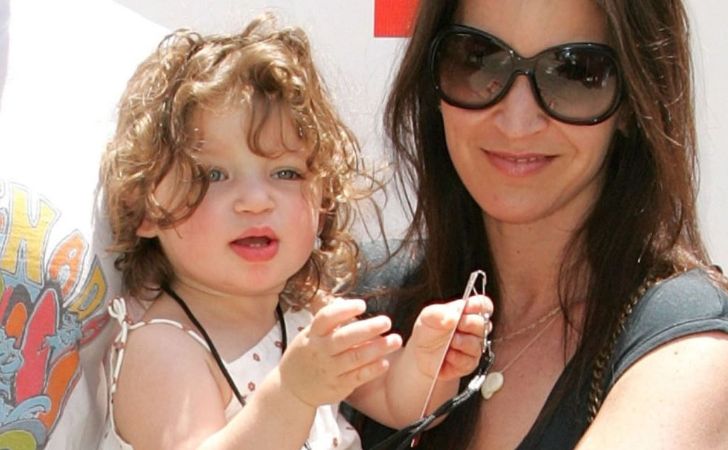 There are many who dream to live a life like a celebrity but not everyone is lucky enough. But Francesca Nora Bateman is one lucky girl, who has got to live all that the most successful celebrities do. Confused how? Well, she is the oldest daughter of Jason Bateman. And what’s more fortunate than being born as the child of such an incredible actor.

Francesca is still a young, but a very curious girl. Also, she shares a great relationship with her parents, and both her mom and dad have mentioned her in their interviews. But what about her career? Is she going to make it in movies like her parents?

Here, we are going to explain everything about her life.

As we have mentioned earlier, Francesca is the daughter of Jason Bateman and mother Amanda Anka, daughter of singer Paul Anka. She was born on 28 October 2006, in Los Angeles.

The oldest daughter in the family, Francesca also has a sister Maple Sylvie Bateman, who is almost 6 years younger than her. She was born on February 10, 2012. Well, the two share a great relationship as siblings.

Both the sisters are still very young and are school-going kids.

What Is Francesca’s Eye Color?

Francesca has a beautiful pair of brown eyes. There are rumors that she has different colored eyes but that is not true.

Both Her Mother And Father Are Actors

Francesca’s parents are successful figures in the entertainment industry. While her mother Amanda Anka is an actress, her father Jason Bateman is an actor, director, and producer as well.

He made his acting debut with a minor role in the TV series Little House on the Prairie in 1981 and has since appeared in numerous roles. Shortly after his debut in TV, he appeared in Tv series like Silver Spoons, Knight Rider, Mr. Belvedere. His major role in TV came with The Hogan Family, where he appeared in over 110 episodes from 1986–1991.

Further, he is also widely recognized for playing Martin “Marty” Byrde in the TV series Ozark. For the show, he is also a director and executive producer. Besides, he also appeared in Game Night, alongside Billy Magnussen, Sharon Horgan, Kyle Chandler, and several others.

Talking about his films, some of his most successful works include Teen Wolf Too, Breaking the Rules, Starsky and Hutch, Tropic Thunder, and numerous others.

Like her father, Francesca Nora Bateman’s mother Amanda is also an actress. Though she is not as famous as Jason, she has appeared in a handful of movies. She is widely known for her works in Buffy the Vampire Slayer (1992), Taxi (2004), and Lost Highway (1997).

Francesca Nora Bateman Is Understanding Of Her Father’s Busy Schedule

Needless to say, but Francesca has a great bonding with her family members and vice versa. In fact, all the members, her parents, and sisters altogether share a great relationship.

Believe it or not, but they are always praises for each other. Mother Anka takes the entire responsibility of raising their kids since Jason is out of the town most of the time, shooting for his movies.

And both Francesca and her younger sister Maple are pretty understanding of the fact despite being so young. Talking at the 2019 SAG Awards, Jason opened up about how his family understands him and keeps him grounded. He said,

They’re not impressed, they’re used to me working weird hours or not being in town a lot. My wife [Amanda Anka] keeps me really grounded by doing nothing other than just being her.

James is one of those actors, who has enough love for his children. Well, the actor even dedicated his 2019 SAG awards to his wife and both the kids.

Jason praised his wife on how she manages to handle their kids despite having a full-time career herself. Let’s hear in his words,

My wife keeps me really grounded by doing nothing other than just being her. She’s got a full-time career herself, and she’s able to be an incredible mom, and she’s also almost a full-time dad too because I’m out of town so much. I’m floored by that.

He also thanked both his kids and said how the awards would have meant nothing without his kids and wife during his acceptance speech.

I would like to say specifically though to my wife, my two daughters — Amanda, Franny and Maple — without you, none of it would be enjoyable and it probably wouldn’t be possible, I love you more than I even tell you I do, and I’ll be home for kisses so don’t go to bed. Amanda, pop a mint, I’m going to come give you yours in about 5 minutes.

Well, this definitely reflects their love for one another.