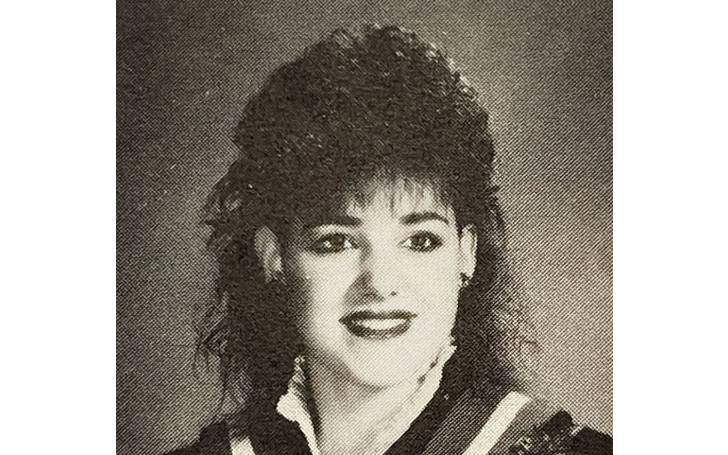 Leanne Goggins is famous as actor Walton Goggins’ late wife. The couple was married for a couple of years before Leanne’s untimely demise. Besides, her husband is famous for his work in Justified (2010-15), Vice Principals (2016-17), and The Hateful Eight (2015).

Leanne, who was from Canada, moved to the US after she married Walton. Everything was going well in their relationship before tragedy struck, and Leanne died.

What really caused Leanne Goggins’ demise? Before her passing, what was her profession? Where was she from? We will discuss all you need to know about the late celebrity spouse.

Leanne Goggins Wiki: Where is she from?

She was born Leanne Knight in the year 1967 in New Brunswick, Canada as the daughter of Robert Brian and Peggy Knight who separated some times after her birth and married other people.

Leanne belonged to the English ancestry and had Canadian-American nationality. She spent her childhood in Fredericton, York County, NB, from where she also finished her formal education. After her parent’s separation, she was raised by her mother and her step-dad Arnold Kaun.

How many siblings did Leanne have?

Her mother and father separated sometime after she was born. Before separating, however, they also welcomed a son named Jason, who currently lives in Australia. Aside from him, she also had a step-brother named Scott.

Her childhood was plagued by illness

According to tabloids, Leanne’s formative years were marred with illnesses like jaundice. Her condition not only affected her it also affected her family as they were not able to maintain a proper death for Leanne. In addition, her illness had made her immune system quite frail which led to more health issues, draining more from her parent’s finances.

The financial scarcity even led to Leanne skipping out on school while also hampering her early education. Regardless of all the issues she faced, Leanne didn’t give up and finished high school.

What was Leanne Goggins’ profession?

The beautiful celebrity spouse was a businesswoman who owned a dog walking business based in Laurel Canyon. She was Canyon News’ first advertiser. From a young age, Leanne had an affinity toward animals, especially dogs. Fortunately, she was able to work with what she loved the most.

While working as a dog walker, she used to nurture the goofballs with love and care. This eventually made her a favorite amongst the dog community. Not only that, but a close friend of hers also mentioned in an old excerpt that Leanne was an exceptionally sweet individual who made everyone feel special. During her time on earth, she touched so many lives. In her work, she was famous as someone who you could rely on when the time comes.

One time, while taking her dog for a walk in Hollywood Hills, she found a dead body of an actress. Upon finding the body, she immediately reported it to Canyon News which later revealed that the actress was murdered. A close associate of hers mentioned that Leanne was really grief-stricken when she found the body. Her friend said,

“I know so many that would not run up to someone in danger for fear of their own danger. Leanne didn’t think twice about herself, but for the good of others, not only then but always.”

The couple was in a marital relationship for around three years, from 2oo1 t0 2004, precisely. Before marrying, the lovebirds were in a relationship for a couple of years. After dating for some time, Walton thought it was about time they settled for good and proposed to her.

Obviously, she said yes and they tied the knot in 2001 in an incredibly private ceremony. Back then Walton had already established himself as a terrific actor and his fame was far-reaching, still, he was able to keep his and Leanne’s nuptials a big secret.

For the majority of time for their relationship, the duo lived in LA alongside their pet pooch, Beulah.

How did Leanne and Walton Goggins meet?

From the beginning, Walton made sure his relationship remains behind closed doors and he frankly, he succeeded in it. Nevertheless, there is some fragmented information on how their affair first came to be. According to reports, they first came across it while Walton was shooting for Shangai Noon in Canada.  At the time, Leanne was still living in a North American country.

Upon meeting, they instantly struck a cord between them. Subsequently, they started talking and the rest as they say is history. The pair didn’t have any kids between them.

Leanne Goggins’ Death: What was the reason?

It was on November 12th, 2004, at around 4. p.m. on Friday when we all found out that Leanne has died. At first, her cause of death wasn’t revealed, but later it was found that she had jumped off of the 17th Floor building she was in. Her unconscious body was found by passerby’s and she was quickly rushed to the nearest hospital where she succumbed to her injuries sustained from the fall.

Around the same time, it was revealed Leanne was suffering from chronic depression which led to her taking such drastic action.

Several days before her divorce, Leanne had apparently filed for divorce from her husband Walton. According to rumors, she asked for a divorce because of Walton’s busy professional life. What’s more, a couple of her friends stated that Leanne’s mental health was taking its toll as she didn’t want to live in LA but due to her spouse’s work commitment she had to live there.

Tragically, no one knew what kind of mental state Leanne was dealing with before she took such a drastic decision.

Meanwhile, as of now, her husband has remarried Nadia Conners. They exchanged vows in August 2011 and are a parent of one son named Augustus Goggins, born in 2011.