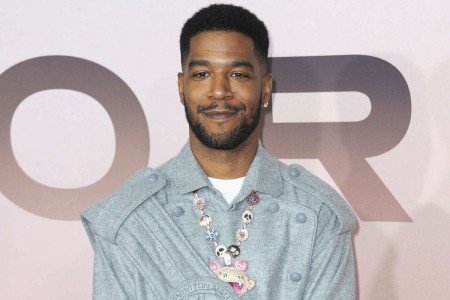 Lindberg Mescudi is the late father of an American rapper, actor, record producer, and fashion designer Kid Cudi. His son is best known for his new wave of rap music with several hits singles  ‘Day ‘n’ Nite, Pursuit of Happiness, Erase Me, Stars in the Sky, and many others.

At present, though Lindberg is widely recognized as the rapper Kid Cudi’s dad, he passed away years before his son rose to fame. In fact, his death somewhere influenced his beloved child Kid Cudi to start as a poet first and then a rapper and singer. He died in the year 1995 when his now-famous son Kid was just 11 years old. So, what was the reason behind his death?

In the below article, let’s get to know the professional and personal life of Lindberg Mescudi in detail. Here we go.

Kid Cudi’s late father, Lindberg was born ‘Lindberg Styles Mescudi’ on June 21, 1927, in Cleveland, Cuyahoga, Ohio, US. His father Charles Manitow Mescudi was from New Mexico while his mother Essie Viola Lawson, an African-American woman was a Pennysylvania native.

Similarly, he grew up in his hometown alongside his five siblings. He had three older brothers named Udeal Mescudi, Cois Mescudi, Marvin Mescudi, and a younger one Charles Mescudi. Likewise, Lindberg was a younger brother to his sister named Essie Ella Rannet Mescudi.

Besides, in regard to ethnicity, he was of African-American and Mexican descent. Further, he was an American by nationality.

Career Detail: What Did Lindberg Mescudi Do For A Living?

In his career, Mescudi worked in multiple jobs. About his professional life, everything in detail is not known however Cudi’s dad for some period of time served in World War II. He was an Air Force Veteran.

After World War II ended in 1945, he then went in search of other jobs. Later, Mescudi worked as a substitute teacher. He worked as a house painter as well.

Lindberg Mescudi Married His Wife Elsie Harriet; What Does She Do?

The World War II veteran tied the knot with his wife Elsie ‘Harriet’ Mescudi in 1979. Lindberg got married at the age of 51 while in the meantime his spouse was just 30 years old. The couple had a great bond between them despite having such huge age differences.

Talking about the profession of his wife, the Tennesse native, all her life worked as a choir teacher at Roxboro Middle School in Cleveland Heights. As aforementioned, Lindberg too was a substitute teacher so, they probably had met somewhere as professionals and later decided to become life partners.

The pair was in a marital relationship for 16 years during which they welcomed their four beautiful children together. But, sadly, the duo separated with the demise of Lindberg Mescudi in 1995. At the time his youngest son Kid Cudi was just 11 years of age.

Is Lindberg’s Wife, Elsie still Alive? Where Is She Today?

The answer is Yes. His wife Elsie Mescudi is alive and she still lives in her late husband Lindberg’s hometown of Cleveland, Ohio. As of now, as per the information we get, Elsie is a retired woman. She is possibly enjoying her old age with her children.

Most of the time, at several awards functions, Elsie keeps appearing alongside her famous son Kid Cudi. Lastly, on December 2022, she joined her son at the award ceremony organized by the Critic Choice association. Her son shared some glimpses from the event on his Facebook in which we got to see the mother-son bonding as well.

Before his death, Lindberg became the father of four. For the first time, he experienced fatherhood after he welcomed his first-born daughter Maisha Mescudi in 1976. She is now 46 years old as of 2023.

Similarly, his second child is a son Dean Mescudi born in the year 1980 which makes him 42 years old in 2023. Likewise, his third child Domingo Mescudi came into the world in 1981, and currently, he is 41 years.

His youngest son Scott Ramon Seguro Mescudi who is now famously known as Kid Cudi was born on January 30, 1984. As of now, Kid Cudi has already achieved a lot and has established himself as one of the most accomplished singers in the American Entertainment Industry.

Lindberg Died When His Youngest Son Kid Cudi Was Just 11; What Was The Cause Of Death?

The Cleveland native, Mescudi took his last breath at the age of 68.  In the meantime, his youngest son Scott who is now famous as Kid Cudi was just an 11-year-old kid.

Talking about how he passed away, Lindberg was struggling with cancer, for a long time. Unfortunately, at last, he lost his fight against cancer and died on July 31, 1995, in Parma, Cuyahoga, Ohio.

Whenever someone dies in the family it’s very natural that the family member feels numb and devastated. After all, they have lost the dearest person in their lives and same thing happened with the Man on the Moon singer. In one interview, Cudi said that he was completely devastated by his father’s death. He stated,

“I get sad at the oddest of times”, I need to see a shrink”

Following the demise of Lindberg, his son Kid got psychologically disturbed. He suffered from Insomnia because of which he used to insist his mother sleep next to him. In this regard, he told,

But the kind of problems that Cudi faced after his father’s demise helped him to develop as a poet. He began rhyming and as time passed, he then evolved as a rapper, singer, and songwriter.

Lindberg has a granddaughter named Vada Wamwene Mescudi from his son Kid Cudi’s relationship with his former girlfriend. Vada was born on March 26, 2010, in Calabasas, California. Currently, she is 12 years of age.

Moreover, from his other children, he may be a grandfather to other grandchildren as well. However, the information about them is not available in the media, besides the identity of his one grandchild Jabari.

His son Kid Cudi has an estimated net worth of $18 million as of 2023. No doubt that he earned such a large amount of money through his successful career in the music industry.