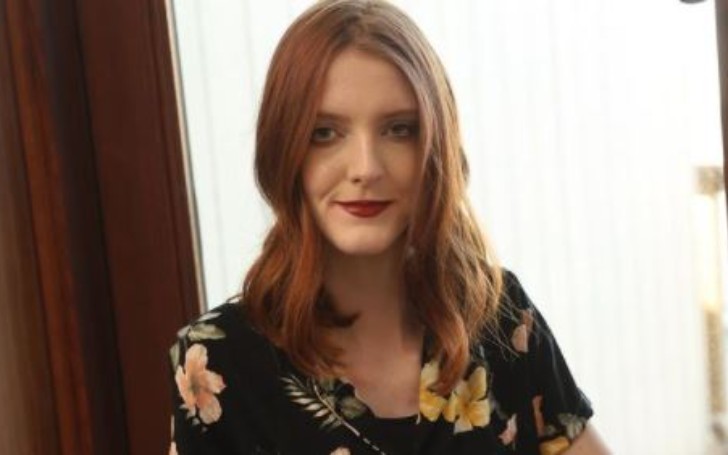 Maci Currin became an overnight sensation after she became the Guinness world record holder. She officially became the woman and teen with the world’s longest legs. However, the world record in itself didn’t do any justice to how awesome of a person Maci is.

Even though she was insecure for the most part of her teen life, she has somehow turned her life around. Nowadays, she serves as an active example to all the people out there who are insecure about their bodies.

Moreover, Maci is a big social media star and wants to become a model in the future. Let’s take a closer look at Maci’s life and find out about family, education, and more!

Maci Currin was born and raised in Texas

She was born in 2003 in Austin, Texas. She is the daughter of Cameron and Trish Currin. Maci belongs to the Caucasian ethnicity and has Irish ancestry.

Maci grew up in the city of Cedar Park alongside a brother. She finished up her formal education from Cedar Park and enrolled in a local high school. Back in October 2020, she was a senior at her high school which means she will graduate high school in the year 2021.

Maci has one older brother named Jake Currin. He is a student at the Texas A&M University in College Station, Texas.

When you stand out in any group, it often leads to discontentful life. With people not seeing you as an equal, there come times when a person feels isolated. However, there’s always a light at the end of the tunnel.

Likewise, Maci endured a lot of hardship while growing up and yet she is going strong. Her indomitable spirit not only taught her to smile no matter the circumstances, but it also taught her to find her passion.

She said in an interview with Today,

“To tall people, especially younger girls who are taller than most, I’d want to say that you’re unique and you’re unique for a reason.”

In addition, she has already modeled for a clothing brand named ZenRyze. This brand is renowned for creating custom-made clothes for tall girls.

She plays Volleyball in high school

Well, Maci certainly enlists a lot of help from her height. She plays volleyball for her high school and is pretty good at it.

We’re sure if she didn’t want to become a model she would’ve become a great volleyball player. But then again, we’re happy she has been able to realize her true passion.

While growing up, Maci never had the faintest clue that her height will gain her such stardom. Back then, she was your average teenager who was a bit taller than her peers. She didn’t have any unusual growth spurt but was growing consistently at 4 to 5 inches a year.

It was back in pre-school when Maci realized she is taller than her classmates. Despite all that, her father also stands at a great height of 6 ft 5 inches so her family never really assumed any anomaly.

Then in the year 2018, she had a realization. At the time, someone asked her if she wants a custom pair of leggings given that she never finds any that fit her long legs. It was right there and then when Maci noticed she might just qualify for a teen with the longest legs.

Eventually, Maci was awarded the Guinness Book of World record for the longest legs in a teen/woman all around the world. Her legs comprised 40 percent of her total body height, i.e. 4 ft 5 inches. To put that in perspective, the average American woman has a height of 5ft 3inces. Her right leg is 134.3 cm long while her left leg is 135.267 cm. As a matter of fact, Maci Currin’s height is 6 ft 10 inches.

Because she is quite taller than an average human being, it causes a lot of trouble in performing day-to-day activities. First and foremost, finding clothes is many times a chore. She can’t find any pants that could fit her right away, so going custom is the only way out.

Further, getting into a car is yet another trouble. There’s not a whole lot of cars that can easily accommodate her long legs. In addition, as she is quite tall, many times her head often bumps here and there.

Ever since she made a name for herself, Maci has become a big star thanks to her world record. Her Instagram account alone has more than 70k followers but it is in TikTok where she has made a big name for herself. As of now, Maci has around two million followers.

She is more active on her TikTok account where she shares a lot of funny videos. She is one of those people who doesn’t care what anyone or anything makes her feel. In fact, the majority of her TikTok videos are about her height, something which made her life miserable while growing up. And here she is overcoming all the odds.

She Is On OnlyFans As Well

Well, Maci, who holds a record for a girl with the longest legs, is now on OnlyFans as well. In fact, she has been growing on the platform pretty well.

Talking about her presence on the adult platform, she said that she does not promise nudity despite the fact that her subscriber pays $35 for her monthly subscription. She also stated that she is on the website because she wants to prove that she is conventionally beautiful. In her words, she said,

I just want to prove that tall girls like myself can be as conventionally attractive as anyone else.

How Much is Maci Currin’s Net Worth?

With all the fame and social media following she has achieved, she definitely makes a big sum of money. Apart from this, she has already started modeling and earns a good sum from there as well.

Though she has not exactly revealed her net worth, she is estimated to have a few thousand USD.