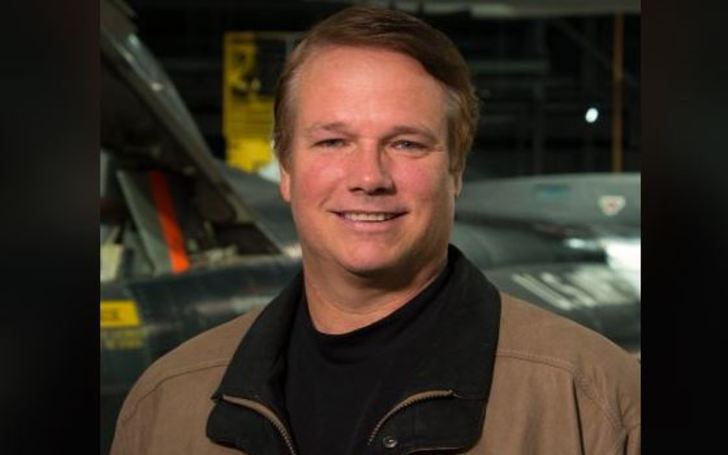 Mark Armstrong is the son of the late astronaut, Neil Armstrong also the first man to land on the moon, the frontman of the Apollo 11 mission. Mark is the youngest son of Neil and his late ex-wife, Janet Shearon.

Among Armstrong’s three children, Mark and his brother, Rick might be the only ones who often get the spotlight. And when they do, they just can’t get enough of talking about their father’s legacy.

The brothers have been, time and again, reiterated their own versions of the story that took place amidst the moon landing. Read what Mark has to say about all the things that have frequently been overshadowed by his father’s extraordinary career. Also know all about his own life, his life as the child of Neil Armstrong, his personal life, career, and much more.

Mark Armstrong Is The Third Child Of Neil Armstrong

Mark was born on April 8, 1963 (age 58 years). From his father’s side, he is of German, Scots-Irish, and Scottish descent. Mark’s paternal grandfather, Dean was an auditor for the Ohio state government. He is the youngest of Neil’s three children with Janet.

His elder brother, Rick is a former animal trainer turned software engineer. Mark had a sister, older than him who lost her life at 2 to a brain tumor in 1962.

Mark studied at Stanford University graduating with a degree in physics.

Mark’s parents, Neil and Janet Shearon met when they were both students at Purdue University. His father was studying aeronautical engineering while his mother was a student of the home economics major.  Janet was also a champion in synchronized swimming.

Mark’s parents married in January 1956 and were together until 1994.

His father, Armstrong died on August 25 in 2012, in Cincinnati, Ohio, aged 82. He had undergone bypass surgery on August 7, 2012, to relieve coronary artery disease. Despite the news that he was recovering well, Mark’s father developed complications in the hospital and ultimately lost his life.

Six years later Janet would also take her last breath on June 21, 2018, at the age of 84 in West Chester, Ohio. She had been battling lung cancer.

Mark Armstrong Is A Software Engineer?

Mark is now a retired software engineer. Neil’s son is also a singer/songwriter and public speaker.

He also served as a corporate advisor to several hi-tech organizations and serves on numerous non-profit boards.

In April 2019, Mark sang “Fly Me to the Moon” and “Destination Moon” with the Harry James Orchestra at Music Hall. It was to honor his late father’s 1969 historic event.

What Was Mark Doing When His Father Was About To Go To The Moon?

When asked what he was doing while his father was making history, Mark responded saying he and his brother and mother went to Cape Kennedy for the launch. The second son of Neil and Janet said he remembered being there as a 6-year-old kid, although the memories were just fragments.

After the launch, they returned home to Houston, said, Mark. After that, the family did a custom of having an open house when a parent is on a flight during a mission.

Mark said friends, neighbors, and relatives were doing in and out of their houses all the time throughout the mission. And not just theirs but also at the [Buzz] Aldrin home and the [Michael] Collins residence.

The software engineer also added they had a squawk box so if someone came to their houses, they could listen to what was happening [on the mission] at that very moment.

Damien Chazelle’s 2018 First Man also had Armstrong’s son, Mark on the project albeit off-screen. Mark revealed to Forbes that he did three reviews of the script and reviewed it in post-production. He said he also provided quite a bit of input at both the family and technical levels.

Mark Is Married With Three Children

He is married to Wendy. His wife is a lawyer who represented Mark during a lawsuit of his father’s death (more down below). Together, they have three children. The family resides in Cincinnati, Ohio.

Mark and his wife have also set up an environmental nonprofit called Vantage Earth in honor of his parents.

People have wondered why Armstrong’s sons didn’t follow in their father’s footsteps to become an astronaut. While some of them are in science but it is not something that has to do with outer space.

However, Mark has said that he wants to recreate his father’s historical achievement and hopes his family could be among the first lunar settlers.

While talking about his father’s documentary, Mark said he finds the idea of space exploration intriguing. He wished it could happen before he leave Earth for good.

“I am very excited about the plans to go back to the Moon and to set up an installation there,”

said the second son of the First Man. He also expressed that while a sightseeing trip would be wonderful, but if he was to go into space he’d like to have a job to do.

For a software engineer, Neil’s sons, including Mark are quite rich. Although arguably controversial, the brothers have been gaining quite handsomely from their father’s antiques and names. The following provides a rough perspective on what Mark Armstrong’s net worth may be.

In 2018, Mark and his brother, Rick did a round of media appearances to promote a venture that later made them millions of dollars. It was a series of auctions of about 3,000 mementos from their father’s moon mission and NASA career.

The items included an American flag that had flown to the moon on Apollo 11; a flight suit Armstrong had worn earlier in his career; his childhood teddy bear and a preschool report card he signed.

The auctions turned out to be lucrative: making $16.7 million in sales, as per the July 2019 reports. About a quarter of the revenue came from items with other sources, including the astronaut Buzz Aldrin. However, what Mark and Rick took home after fees were unclear.

Mark has revealed that he and his brother had already donated to museums more than $500,000 in cash and artifacts worth about $1.4 million and that they had also lent items worth several million more.

What’s more, in 2019 the Times reported that Mercy Health-Fairfield Hospital, outside Cincinnati, secretly paid the Armstrong family, including Mike, some $6 million amount. This was to settle a claim that the late astronaut’s treatment had been deficient.

As per the court document, Mark Armstrong, and his brother, Rick, got the bulk of the hospital’s payment, about $2.6 million apiece. Additionally, the six children of Rick and Mark got $24,000 each.

Other Facts About Mark Armstrong: