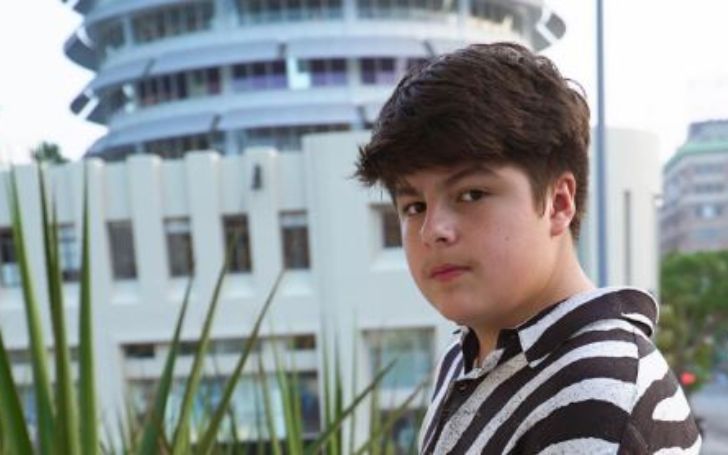 Given that Addison became famous due to her family’s support and their nature, it was only natural for the rest of the members to attract followers of their own including Enzo.

Although quite younger than his sister, Enzo is already a well-recognized face among the Gen Z and Gen Alpha. He is well on his way to hitting 1 million followers on his socials, a series regular in one of the most popular children’s web series, and all. Read a bit more about him in the writings below; how he takes it being the brother of Addison Rae, how is he enjoying his early childhood success, his favorites, and more.

Is Enzo The Step Brother Of Addison Rae; Why Do The Two Have Different Surnames?

Enzo in all truth is the biological brother of Addison Rae ie, they both came from the same womb as well as they are the children of the same father, Monty Lopez. Rae and Enzo, however, do not have the same last surname. This has often led many to wonder if Addison is his stepdaughter of Monty.

Conversely, though, Addison and her two brothers including Enzo and Lucas are the biological children of Monty and Sheri. The reason for Addison’s different surname though is because she was born before the wedding of Monty and Sheri. Enzo’s sister henceforth ended up having her mother’s last name which is Rae instead of her father’s Lopez.

What Enzo Has To Say About Being The Brother Of Addison Rae?

The 14-year-old Enzo Lucas apparently finds it unexplainable to be the brother of Addison Rae.

said the raven-haired youngster to Gavin Magnus in Aug 2020.

Lopez added, “It’s like normal but it’s also crazy at the same time especially how fast it’s (the popularity) happened.”

Much like Enzo and Addison, their youngest brother, Lucas, too, is a rising social media star at the age of 9. Lucas currently has over 250k followers on his Instagram and frequently shares what’s going on with him behind the scenes on it.

And unsurprisingly, he is also well on the verge of becoming a breakout internet sensation. Though his account, as of now, is handled mostly by his mother and father.

The fact that all the family members of Rae are on socials is not coincident. In actuality, it is necessary for Sheri, Monty, Enzo, and Lucas all to have their own social media handles. Apparently, it has something to do with one of the clauses between the family and the WME.

What’s more, there allegedly lies some conditions that require the rest of Addison’s family to go on and post content even if the main star, Rae herself is on the break or something else.

Enzo, who was born in Nov 2007, is also a series regular on Brat TV web series-teen drama, Chicken Girls. The show that premiered on YouTube on Sep 5, 2017, is known for launching the careers of Annie LeBlanc, Hayden Summerall, Brooke Butler, and Indiana Massara.

The younger brother of Addison Rae plays a character named Peyton Kaye or PK, a middle school student who has just moved from Texas to Attaway High School in Attaway, a fictional town somewhere in the Midwestern United States but is finding it a bit difficult to fit in with his new school.

So far Enzo has been on 38 episodes. He made his debut in the series’ seventh season episode 1 titled, First Day. Over the course of the next two seasons Enzo’s PK transitions from odd one out to a soccer team member of Attaway.  Interestingly enough, the series also includes Enzo’s mother, Sheri Easterling as Coach Angela who also plays the mother of Enzo’s character, PK.

Enzo’s mother, Sheri Easterling too is a social media star and an actress. Before the internet fame, though, Sheri used to own a retail store on Boulevard in Rayne, Louisiana called De Ja Vu. Even prior, she used to work in a veterinary office which she admits she didn’t enjoy. 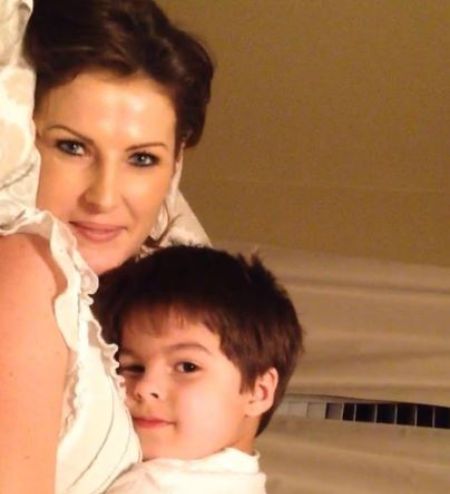 Her retail store wouldn’t work and fast forward to the present she serves as the manager of her children’s social media fame-related businesses. She also has her own Instagram with bulky followers of about a 1.1million.

What’s more, she additionally has over 15million followers on TikTok. In the meantime, Enzo’s mother is also a podcast host who once ran a show called Mama Knows Best and now is running its second season, That Was Fun?.

Enzo’s father, Monty who is a native of Louisiana and of Hispanic origin comes from a family that used to run a housing industry under the parent company, Berkshire Hathaway

Monty himself used to do a lot of construction jobs for various kinds of homes. He also worked in the Bahamas during one point in his career whilst working in the RV business.

So far, Enzo’s parents, Monty and Sheri have married twice and broken up twice as well. They first married each other when their first child, Addison was 2. They did have Rae before a wedding. Monty and Easterling first tied the knot a few years after the birth of Addison Rae but would divorce shortly.

After that Enzo’s mother, Sheri started living as a single mother giving Addison her last name. When Rae was six, Monty and Sheri got back together and within a few months, the latter became pregnant with Enzo.

However, even before Enzo’s birth, his parents would once again end their relationship. They nonetheless once again patch things up and after that welcomed their youngest one, Lucas. Enzo’s parents, Monty and Sheri remarried in Jan 2014 when Rae was in high school.

When Enzo and his siblings, Rae and Lucas were still young, Sheri as a single mother didn’t have enough financially. As a matter of fact, Addison use to come home crying from school as she would be made fun of her and her family’s living conditions as they, at the time, were living in an RV.

Before Enzo’s brother, Lucas was born, Sheri with Addison and Enzo used to live in an RV as they weren’t able to afford a house.

How Much Does Enzo Lopez Net Worth?

While it’s exclusively up to theory and guesses as to how much Enzo has sitting in the bank, it nonetheless is alleged that the little brother of Addison already owns some money in the domain of six figures. The speculations are based on his Chicken Girls job as well as his social media fame.

Although he may have still some time to ascertain any amount as near as his sister, Rae, who has an estimated net worth of over $15 million, Enzo in any way earns significantly more than just an average teenager. And he certainly seems rich in this league of wealthy young adolescents.

Though the only thing missing is the definitive model of his net worth which considering his age might still be a while to come into the media wrangling.