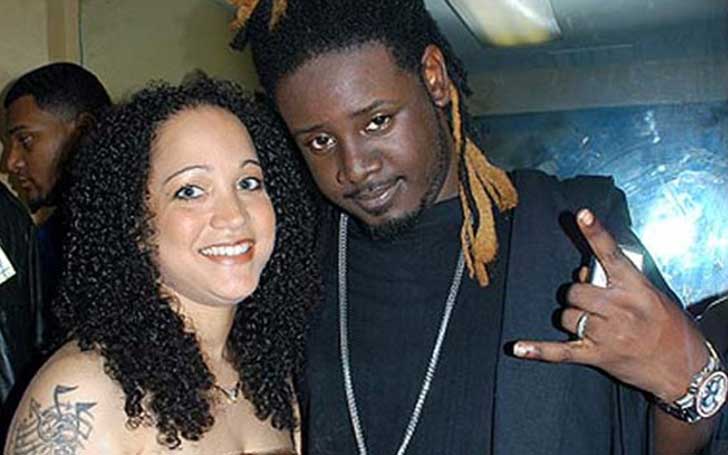 Amber Najm rose to the limelight in the early 2000s after she started dating the Florida-native rapper T-Pain. She is currently married to the rapper.

Apart from being a wonderful wife, Amber is a doting mother to their three children as well. The husband-and-wife has lived a peaceful conjugal life of nearly two decades and they haven’t shown any sign of slowing down.

A lot of T-Pain’s fans want to know about his wife Amber and his family life. But, the rapper hasn’t revealed much about his wife in the media. So, today we’ve come up with some interesting details surrounding Amber Najm.

Amber Najm was Born in Melbourne

The gorgeous wife of rapper T-Pain was born in Melbourne, Florida, the United States on 13th April 1981. Amber Najm’s birth name is Amber Wyatt. She is an American by nationality. Amber’s parents are Gina Shirley Pineiro and Tony Wyatt.

Her father was in the airforce and she was raised with two siblings, brother Justin Wyatt and sister Andrea Wyatt in a military family. As per some sources, her parents are since divorced and her father is married to Ann Wyatt as of now.

Amber is a Military Veteran

Growing up in a military family, Amber Najm (nee Wyatt) developed an interest in her father’s profession at an early age. Amber grew up in Tallahassee. She graduated high school from Satellite High School in 1999. After high school, Amber joined the U.S. Air Force in 2001. She served in the force for four years until 2005.

Following her retirement from the Air Force, Amber enrolled at Florida A&M University where she studied business.

Besides, Amber along with her whole family enthusiastically celebrates Veteran Day. Amber often takes to her social media every year to mark the big day, sharing photos with her father from their time in the air force. Here is one of them.

Happy Veterans Day to all my fellow Veterans. HooRah!!!

Former military veteran, Amber Najm met an aspiring rapper, Faheem Rasheed Najm (T-Pain) in 2002. At the time, Amber was still serving in the U.S. Air Force. Almost every year, she marks the day they met on her social media.

In 2018, Amber said she met her future hubby on December 7, 2002, on her Insta account. In the post, she shared a video clip from their first meet. She revealed in the caption that she was sure the rapper was going to be her life partner when she saw him for the first time. After their first meet, Amber even confessed her feelings towards the rapper to her close friends.

Moreover, Amber said that she and T-Pain spent quality time that night. By the end of the night, both of them were saying that they were getting married which they did indeed.

Married for Nearly 17 Years, Amber is a Mother of T-Pain’s Three kids

Amber and rapper T-Pain started dating in December 2002 and they fell in love after just a couple of datings. After around four months of courtship, T-Pain asked her to be his wife on April 19 and she obviously said “yes.”

Another four months later, on 11th September 2003, the lovebirds tied the knot in a privately organized wedding. Amber was 22 years old and her husband, T-Pain was 18 at the time they walked down the aisle.

In their nearly 2-decade-long conjugal life, Amber and T-Pain have never engaged in any kind of feud publicly. Rather, the couple is considered one of the power couples in the entertainment industry. Besides being good life partners, the lovebirds are an excellent parent to their three kids.

They gave birth to their first child, daughter Lyriq Najm in March 2004, less than a year after their marriage. They welcomed their second kid, a son, Muziq Najm in 2007, and a third child, a second son, Kaydnz Kodah Najm in May 2009.

Amber Has Been in a Couple of Controversies

Amber and her husband are leading a peaceful married life, however, their marital relationship has been part of a couple of controversies over the years. Once, they were rumored to be in an open relationship. However, in early 2019, rapper T-Pain falsified the rumor in a talk with People.

“It’s definitely not that, not at all, not even close. I wouldn’t even want to do that with a girlfriend, nonetheless my wife.”

Amber is a Tattoo Lover

Amber Najm hasn’t spoken openly about her love for tattoos, however, we can see she has inscribed a number of tattoos on her body on her Instagram posts.

She has inked a tattoo of a lady in her left arm while she has several tattoos on her back, thigh, and chest area.

In the interview, T-Pain also said that he and his wife have been involved in the act numerous times after Costa Rica.