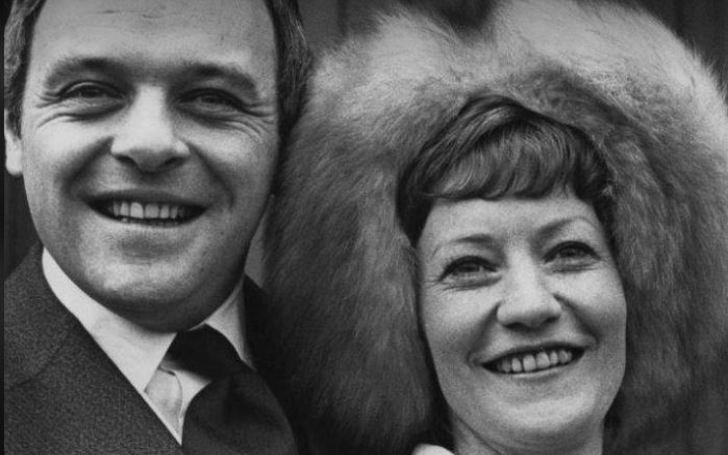 Jennifer Lynton is the ex-wife of Sir Anthony Hopkins. The couple was married for over 25 years. Among the three wives of Hopkins, Lynton to date is the only one who stayed with the actor longest.

Jennifer reportedly helped a lot in her ex-husband’s career; most of the accolades and fame Hopkins gained in his career was during his relationship with Lynton.

So what caused the sourness in their marriage? Why did the longtime partner decide to call it quits? Also, who was Lynton before meeting Hopkins and where is she now? Did she remarry after her separation from Anthony Hopkins? Read all these in the details below.

Jennifer Lynton Was Born In England

Sadly, there hasn’t been much to say about Lynton with respect to her upbringing or early life. The now 74-year-old and one-time film employee was only in the public heed because of her relationship with Hopkins.

After the breakdown of their marriage, Jennifer completely transitioned into a has-been celebrity. As it seemed, the former spouse of Anthony also didn’t bother to maintain her stature in the movie industry in any manner.

Lynton and Hopkins were married for 29 years. The pair met when Lynton picked him up from the airport because the actor had missed his flight. Daily Mail reports Lynton then was a production assistant at the Pinewood Studios.

Hopkins at the time was still married to Petronella Barker, his first wife. The Hannibal star and Lynton still developed a relationship in between, marrying on January 13, 1973.

Hopkins moved to California soon after. The star later revealed it was also the time when he started drinking heavily.

“When I first came to LA in the seventies I was drinking up a storm,”

Lynton Helped Hopkins To Get Rid Of Alcoholism

Lynton helped Hopkins achieve stability. In 1981, she admitted he was exactly what she was looking for in a man, “someone she could prop up.” For the next several years they were married, Lynton kept the actor in AA classes and even got him back on stage in London.

Sobriety was also one of the reasons Hopkins was able to get the role of Hannibal Lecter. The production assistant would also make sure that her then-husband never leave the house without cash, credit card, or keys.

After the success of The Silence Of The Lambs, Lynton and Hopkins moved to Hollywood. The now 83-year-old actor admits that his marriage with Jennifer was “great.” He revealed Lynton gave him the freedom he always craved. The actor would live in hotels, and when he had off day, he would drive thousands of miles.

Why Did Jennifer Lynton And Anthony Hopkins Divorce?

But by 1996, rift started to appear between the two and so that year only Jennifer moved back to London, says the Irish Independent. The ex-couple divorced in March 2002. The Margam-born actor received a decree nisi from the Family Division of London’s High Court.

Hopkins later disclosed that he had been living separately for years before the divorce reach finalization.

After the divorce, the Nixon actor explained how he had never been very good with relationships. He admitted he didn’t like confinement.

As per then sources, Hopkins failed to have a faithful relationship with Lynton with him allegedly having affairs with names like Joyce Ingalls, Francine Kay, and Stella Arroyave. The last one he married in 2003 and has remained her husband ever since.

Considering the bitter kinship between Hopkins and his daughter, Abigail from his first wife, it’s rather unlikely that Lynton had a doting relationship with her ex-step daughter. From an early age, Abigail had it rough with her own father in the first place.

Apparently, the actor’s connection with Lynton back in the early ’70s was one of the reasons that led him to abandon Abigail and her mother.

Why Is There A Sudden Interest In Jennifer Lynton’s Net Worth? Is She Secretly Super Rich?

Recently there has been a significant surge in the public all wanting to know about the fortune of Hopkins’ ex-wife, Lynton. Some outlets went as far as telling that she is a millionaire with her wealth even surpassing that of Anthony’s $160million net worth. However, there’s a significantly good chance that all of the stats and numbers might be nothing but a mere bush’s telegraph.

To a great degree, her whereabouts have been a tiresome riddle owing to her truancy in Hollywood or even the British film world. Having said that it’s a bit heavy to go on and consider that she is extremely well off.