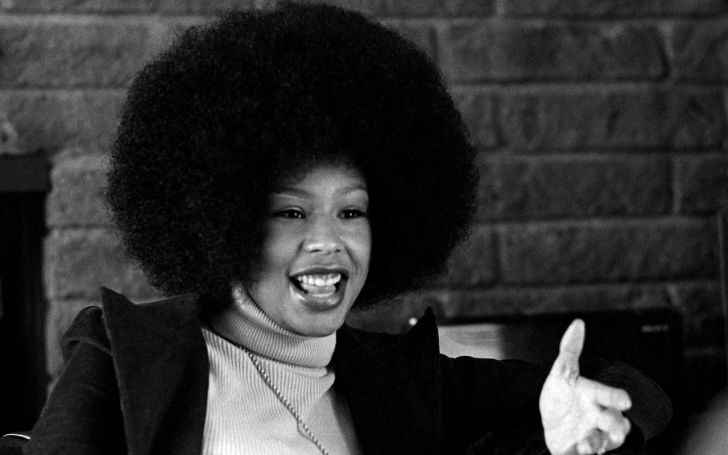 Marguerite Whitley became famous as the first wife of NFL player O.J. Simpson. The couple was married for several years before divorcing. From their marriage, they became parents of three kids, unfortunately, one of their kids died.

It has been several decades since their divorce, and fans still wonder what she is doing nowadays. Upon her separation from Simpson, Whitley somehow disappeared from the media. In fact, when ESPN released the documentary, “O.J: Made In America,” there was no mention of his first wife.

Today we’re going to take an in-depth look into Marguerite’s life and know what she is up to these days.

She was born on March 20th, 1949, in San Francisco, California. She belongs to the African-American ethnicity and has American nationality. As she is primarily famous for being the ex-wife of O.J. Simpson, there isn’t any info on her parents or siblings.

Her parents brought her up in San Francisco. She attended the Galileo High School, now Galileo Academy of Science and Technology. Her ex-husband also graduated from the same college. Additionally, reports suggest she is a University of Southern California graduate, the same alma mater as that of her ex-hubby.

What is Marguerite Whitley Doing Now?

It is a given fact that when you marry a star athlete, you don’t necessarily have to worry about the finances, let alone work. Having said that, Marguerite was still involved in a variety of odd jobs. She once worked as a clerk at the Walmart retail store. But, as of 2022, there are no details about what is the former celebrity spouse doing for a living at present.

Besides, her ex-husband Orenthal James Simpson is a former NFL star and commentator. During his eleven-season stint, he primarily played for the Buffalo Bills, with whom he even won five pro bowls, one-time MVP, and more. He was also inducted into both College and Pro Football Hall of Fame.

The former flames first came across each other while studying at the same high school in San Francisco. At the time, Whitley was dating Orenthal’s friend, Al Cowlings. Yes, this is the same Al who was driving the white broncos during the infamous police chase in 1994.

After dating for some time, the duo decided to tie the knot. They exchanged vows in a private ceremony on July 24th, 1967, after Whitley turned 18. The ceremony took place in their hometown of San Francisco. Simpson was 19 while his bride was 18.

Years later, in 1995, Whitley gushed about her wedding to her ex-spouse in a 20/20 interview with Barbara Walters. “We were such kids, it was fun,” said Marguerite. She added,

“We didn’t have to answer to our parents anymore. We could party and stay out all night. It wasn’t a crazy wildness.”

As a matter of fact, that was the last time Whitley made her public appearance.

They became parents of three beautiful kids: Unfortunately, one of their children died

The three kids perfected the Simpson family, however, tragedy soon struck. In the August of 1979, the Simpson family was enjoying their poolside when Aaren fell into the swimming pool. Sadly, none of them were on the scene to rescue Aaren, and it was only later when her family found her motionless.

Soon paramedics arrived at the scene, however, it was too late as Aaren fell into a coma. A few days after the travesty, Aaren passed away. She died around one month before her second birthday. The incident literally shook Marguerite and Simpson to their core.

Many reports, to this day, maintain Simpson, in his mind, holds Marguerite responsible for his youngest child’s death.

Although the pair were high school sweethearts, their relationship was tested several times over its course. In their 9-year-long marriage, the pair separated many times. Marguerite filed for divorce in 1973. According to her lawyer at the time, Harry Fain, O.J.’s growing stardom started hindering their otherwise blissful marital life. Moreover, she also accused him of adultery.

She has written in her memo that once when she called him out for cheating, he reportedly beat her. Regardless, their marriage eventually ended in the year 1978 when they finally decided to separate for good.  In the same year, Simpson and Nicole Brown, whom he met in an LA hotel, moved in together. It is rumored that despite being married to Whitley, he still hooked up with the then 18-year-old Brown. Marguerite and Simpson’s divorce was finalized in 1980.

A few years after divorcing his first wife, Simpson married Nicole. From their marital relationship, they became parents of two kids Sydney Brooke Simpson and Justin Ryan Simpson. Sadly, their marriage ended rather devastatingly. On June 12th, 1994, Nicole was murdered in cold blood at her residence in Brentwood, Los Angeles, California, alongside her friend, Ron Goldman.

O.J. was subsequently arrested for his involvement in the crime. After numerous trials, Simpson was acquitted on both counts of murder.

A few years after cutting ties with her first hubby, Marguerite Whitley married transit supervisor Randolph Lewis in 1986. Her second marriage couldn’t hold out for long, and they divorced in 1991. They don’t share any children.

One-year after divorcing Randolph in 1992, she got married yet again. This time to a sales representative, Anthony Thomas. So far, there has been no news of her divorce from her third husband, which means they are still together.

What is Marguerite Whitley up to These Days?

Since her separation from Simpson, Marguerite Whitley has chosen to remain low-key. Contrary to other former celebrity spouses who love to remain in the spotlight, Marguerite here is quite different. In the even leading up to the trial of the century, she made a handful of appearances.

During the trial, when asked if Orenthal was ever abusive with her, she blatantly denied it, although providing no other context whatsoever. Her only television interview came in 1995 when she agreed to an interview with ABC’s Barbara Walters.

As of this moment, she is living a relaxed life far from the media spotlight. After divorcing from O.J., she also received millions of dollars as alimony.

As Marguerite Whitley has already vanished from the media, the exact amount of her net worth is yet to be revealed. But, as we said earlier that ex-celebrity-wife received a considerable amount of money from her ex-spouse as a divorce settlement. So, there is no doubt that Whitley is living her life in a better way.