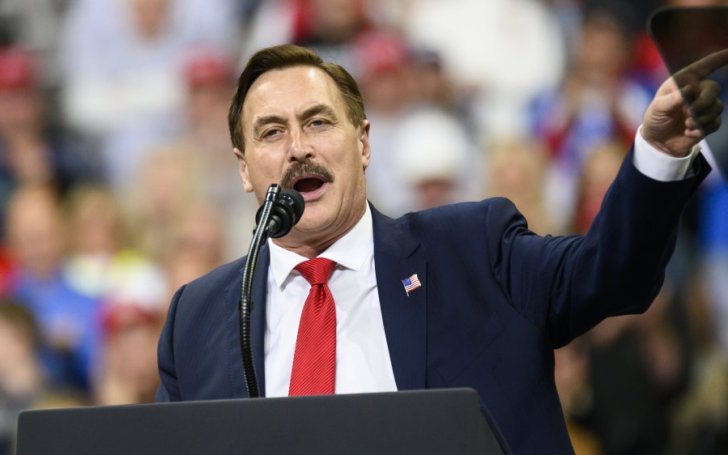 Dallas Yocum came to media prominence as the wife of MyPillow guy, aka, Mike Lindell. The couple married in 2013, but as of this moment, the duo is no longer together. The reason behind their divorce might shock you so stay tuned.

Besides, ever since Dallas married Mike people have been curious about her. They have been asking questions regarding her early life and career.

Today in this article, we’re going to find out some interesting facts about Dallas and know her up and close.

Dallas Yocum Comes From a Family of Veterans

Michael J. Lindell’s ex-wife was born Dallas A Farmer on December 8th, 1969, in the United States. And her age is 53. Besides, Dallas belongs to Norman ancestry and is of Caucasian ethnicity. As for her nationality, she is an American.

The former celebrity wife was raised in the state of Arizona alongside her brothers. She is the only daughter of the late U.S. Navy mechanic, Oather Dale Farmer. Her father was a Vietnam war veteran. He worked aboard U.S. Bon Homme.

Moreover, her paternal grandfather, Guy Oather Farmer was a World War II veteran. There’s not much information on her mother, however, in an article by StarTribune, it was mentioned she lives in Arizona. Similarly, there’s not much info on her siblings as well.

Her father Oather passed away at the age of 68 back in 2011. He was a resident of Bullhead City, Arizona for the last three decades.

Why is Dallas Yocum famous?

Yocum became a prominent name in the media due to her association with businessman Mike Lindell. The couple was in a relationship for some time before eventually deciding on marrying.

However, their marriage was short-lived. So much so that it ended after a few weeks. Their wedding was shorter than Kim Kardashian‘s 72-day marriage to Kris Humphries.

When did Dallas Yocum and Mike Lindell marry?

They exchanged vows on June 8th, 2013, in Chanhassen, Minnesota. The ceremony was an extravagant affair with many people in attendance.

After their marriage, Dallas moved to Minnesota, where Mike resides. Although it wasn’t the exact reason, Dallas’s move to the state somehow resulted in their divorce. Apparently, she had to leave her family back in Arizona, which eventually took its toll.

Previously, Mike was married to Karen Dickey. The My Pillow founder is also the father of four kids, Heather Lueth, Lizzy Meyers, Darren, and Charlie Lindell.

Dallas marriage ended in a divorce after a couple of weeks

If there’s a list for the shortest marriage of all time, then Dallas and Mike’s will be on the list as well. Around a month after their matrimonial, Mike filed for divorce stating irreconcilable differences.

Now Mike wouldn’t be filing for divorce if it wasn’t for his wife’s behavior, he told in an interview with Star Tribune. According to Mike, when he t0ld his wife that she somehow feels distant and distraught, she replied by saying, “Just leave me alone or you’re going to hear something you don’t want to hear.”

Obviously, Mike wanted to hear what she has to say so he asked her to tell him. According to Lindell, this is what his wife said, “I don’t love you. I never loved you. You’re boring. We don’t have anything in common and you’ve ruined the last two years of my life.”

Mike also maintained that he filed for divorce in mid-July and it was finalized sometime later. The couple had a prenup which means Mike saved himself from shelling out a huge amount of money in a settlement.

This is an interesting anecdote. The columnist named C.J., who took Mike’s interview with Star Tribune, said people told her that Dallas had mentioned she won’t be married to Mike for long.

“People told me at the wedding she told people I’m not going to be married very long. This is very short-lived.”

In addition, C.J. also added that when she spent time with Yocum and Mike, before the wedding, at Eden Prairie’s Lions Tap, she found Dallas a bit distant. According to her, while Mike was head over heels while talking about their love life and how their romance blossomed, Yocum rarely said anything.

Well, there are two sides of the story here so it is quite difficult to assess whether what eventually killed their marriage.

In the same year of their divorce, Yocum called out her husband in an affidavit wherein she claimed he had once tried to ran her over and while doing so he was also close to hitting her 2-year-old granddaughter.

However, Mike vehemently denied all the allegations made against him. In a voicemail interview, he claimed that “there was never anything with either one of my ex-wives.” He even threatened to file a lawsuit against the tabloid that reported the accusation.

Be that as it may, as of now, Dallas and Mike both are living a content life.

No, the former flames do not share children between them, however, they have kids from their previous relationship. Dallas is a mother of two biological kids and one stepson.

When she and Mike were still dating, he gave all of her kids and one of her nieces a job at MyPillow. After she married Mike, Yocum moved to the state of Minnesota alongside a few of her relatives.

Well, as of now, it is unclear if they are still dating. Apparently, both of them have stayed away from the spotlight.

What Does Dallas Yacum Do for a living?

If sources are to be believed, Dallas is a businesswoman. Nevertheless, since her divorce from Mike, she has kept herself out of the media. And the same could be said when it comes to her business endeavors.

What is Dallas Yacum’s Net Worth?

While she was still in a relationship with Mike, she enjoyed a fairly lavish life. After all, her husband is worth a staggering $300 million as of 2023. He amassed his fortune thanks to his company, MyPillow.

Now we’re sure many of you might be thinking that after divorcing Lindell, Dallas might’ve scored a jackpot in a divorce settlement. Well, what do you know, they apparently had a prenup so there goes her million-dollar out of the window.