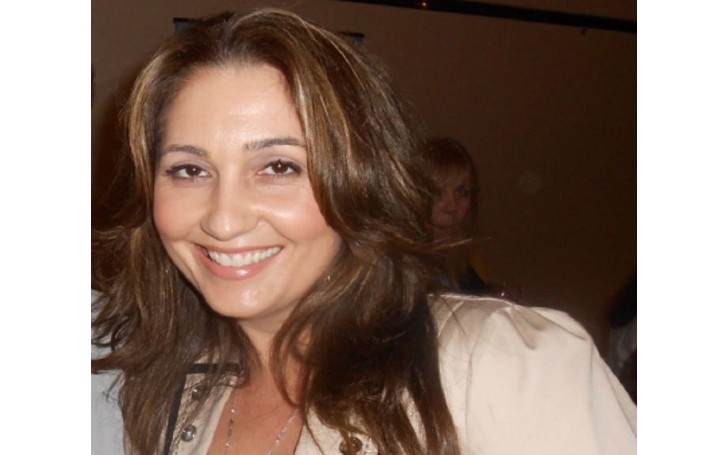 Lesly Brown is the wife of American TV personality, Pat Sajak. Unlike her husband who is a prominent face in television till now, Lesly has somehow remained behind the doors. However, around the time she met Pat, she was a famed model.

Since marrying Pat, Lesly has been living a lavish life but without the prying eyes of the media. Still, many of us are quite intrigued to know about Lesly’s history. What was she doing before meeting Pat? How did they first meet? Do they share any kids?

Let’s try to find out answers to all the questions and know the real truth behind Pat Sajak’s wife, Lesly Brown?

She was born on April 21st, 1965, in Maryland. She is the daughter of Dr. D. Michael Brown and Maria P. Brown. Her father passed away in 2008. He used to work as a teacher at the University of Maryland Dental School, in addition to owning a private dental practice in Columbia.

Lesly comes from Scottish, English, and Irish ancestry and has an American nationality. She spent the major portion of her early life in Gambrills, MD. She also received her high school education from Gambrills.

Upon finishing up high school in the early 80s, she joined the University of Maryland, the same college her father went to. But she didn’t pursue a dental education and instead graduated in Television production. She graduated from her college in 1986.

Lesly was a Playboy model before meeting her husband Pat Sajak

Upon winning the Miss Georgetown crown, Lesly received a lot of attention from the modeling scouts. She did a number of modeling gigs before landing a spot in the acclaimed Playboy.

She appeared in the cover picture of the magazine’s November 1988 issue titled, ‘Women of Washington.’

Everything was going well for the beautiful and beaming model, however, after much contemplating she decided to switch her career. She decided to study law and become a lawyer.

However, after she married Sajak, she decided to formally quit both of her careers.

How did Lesly Brown meet Pat Sajak? They didn’t have chemistry right away

It was back in 1988 when both of them first met each other. Lesly and Pat were attending the opening of their mutual friend’s California sports bar.

Their meeting wasn’t like you’d expect from a couple who has spent decades together. According to Pat, “There was no electricity in the air.” Moreover, he also mentioned that while riding back home, the thought of her didn’t even cross his mind.

Despite all that, the pair continued to see each other. They used to call each other and maintained a platonic friendship which sometimes was long-distance as well. Talking about the initial stage of their relationship, Lesly told PEOPLE magazine, “He was fun and easy to talk to. But it wasn’t romantic.”

Well, from the get-go their relationship seemed like it wouldn’t go as far, and yet here we are.

Pat and Lesly Brown married in a small ceremony

Although their relationship didn’t start the way one thinks it should be, it managed to stay afloat. Eventually, after around a year of here and there, the duo decided to marry each other.

They exchanged vows on December 31st, 1989. Safe to say, the pair wanted to start off the new year together as a married couple.

As for the nuptials, well, it was held at St. Mary’s Roman Catholic Church in Annapolis, Maryland. There were 10 police officers who stood guard outside the church while the ceremony was going on. The lovebirds had invited many of their close friends and family and approximately 100 to 150 guests were in attendance.

Previously, Pat and Lesly had been engaged in September of 1989. When Sajak first revealed his engagement to millions of his viewers, the majority of them were taken aback. It’s because many of them didn’t have any clue that Pat has a woman other than his Wheel of Fortune co-host Vanna White in his life. Well, he did have someone in his life.

Besides, this wasn’t the first wedding for Pat who was previously married to Sherrill Sajak. The former pair were married for almost a decade, from 1979 to 1986. It was because of his first failed relationship that Sajak was quite skeptical about this one too.

How many kids does Lesly Brown share with her spouse Pat?

The lovebird is a proud parent of two beautiful children, one daughter, and one son. They welcomed their first child, a son named Patrick Michael James Sajak on September 22nd, 1990. A couple of years after his birth, they became a parent of another child, a daughter named Maggie Sajak, to whom Lesly gave birth on January 5th, 1995.

Their daughter Maggie is a country singer who sings for the labels GMV Nashville and AO Recordings. She started playing guitar at the age of 12. Subsequently, she released her first single titled, First Kiss at the age of 16.

Meanwhile, Lesly’s son Patrick doesn’t like coming out in the public just like the rest of his family. Till now, we’re yet to find any trace of him on social media.

How much is Lesly Brown’s net worth?

Being a celebrity spouse definitely has its perks. Not only she is the center of attention whenever she is out with her husband but she also enjoys a lavish lifestyle.

As of now, her husband’s net worth stands at $70 million. He receives a hefty yearly paycheck of $15 million. The pair lives most of the time at their house in Severna Park, Maryland.

Who Is Juanita Vanoy? Inside The Life Of Michael Jordan’s Ex-Wife