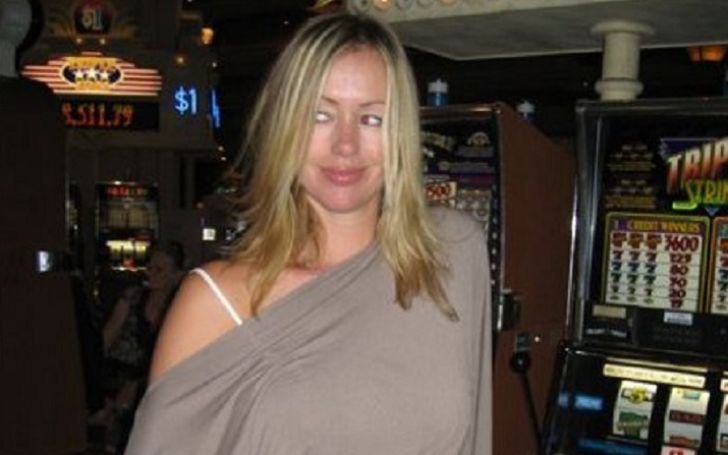 Jose Stemkens (aka Jose T Naderi) rose to stardom after her marriage to the actor Titus Welliver who is best known for his iconic role of ‘Man in Black’ in the TV series, Lost. Aside from her fame as an ex-wife of Titus, Jose is a fashion consultant and an ex-model. She is also the owner of Sunrise Fashion Consulting as well as the founder of Eywasouls Malibu, a luxury bohemian maxi-printed line.

Moving towards their marriage, the former duo was in a marital relationship for five years before their amicable separation in 2019. But, now people wonder to know if the former couple did have any children or not. Additionally, find out if Jose is dating anyone or just relishing a single life currently.

Jose is the daughter of Jet Strijbos. Her mother, a Meijel native graduated from Vertaalacademie Maastricht, in Maastricht, Netherlands. Unfortunately, her father passed away years ago. She has posted a few photos of her late dad on her social media handles.

Besides, Stemkens was born and raised in Roermond along with her two siblings. Her sister May Nijssen who graduatd from Bouwens van der Boijecollege used to work at Zorggroep Noord Limburg.

As for her nationality, Jose is Dutch and has a Caucasian ethnicity.

How old is Jose Stemkens?

Stemkens, who graduated from the Bouwens van der Boijecollege initiated her career working with American wear Europe, a company with the licensing rights for Disney-related products. While still working with the company, Jose made her move to Hong Kong to create an office for the company.

Soon after, the ex-celebrity spouse was hired by Heinz Krogner and Michael Ying to start working with Esprit. She became part of it for over nine years, moving from Hong Kong to Dusseldorf to Los Angeles and New York.

In June 2006, Jose went on to join The Great China Wall, a high-end casual brand. She there worked as an international account manager for the company for nearly three years. She then landed the job of the president at a Dutch clothing company. They used to manage team placement, a total structure including customs, shipping, and more.

In July 2003, Jose started working as a vice-president of the House of Quirky, in Los Angeles.

Jose is now the Owner of Sunrise Fashion Consulting

Along with the wide experience in the fashion world, Jose co-founded Sunrise fashion consulting along with her business partner Jane Munro-Altinok in early 2014. She currently serves as the president of the company that helps many fashion companies to start their journey in the United States market. They primarily design maxi-printed dresses.

In addition to all that, the businesswoman previously worked as a fashion model for several well-established modeling agencies.

Her Failed Marriage to Titus Welliver: When did they get Married?

Stemkens tied the knot with her then-husband, Titus Welliver, back in April 2014. Talking about their wedding, the former duo wedded at Saddle Peak Lodge in Calabasas, California. On 11th April, the actor announced the happy news on his Twitter account with the caption,

“A most glorious and magical day! We are blessed!”

In the meantime, a representative for Titus told Us, “[It was a] lovely, loving, beautiful, amazing, magical evening.”

The pair walked down the aisle in front of Welliver’s three children from his two failed marriages. Jose’s mother, brother, and sista were also special guests at the renowned event. She opted for a white dress designed by Herve Leger.

Although the duo remained secretive for the most part of their early romance, they made a few appearances together lately. In October of the year 2013, the former model shared her then-beau photo on her Facebook. So, it is also safe to say, they were in a romantic relationship for months before their relationship came to an end.

Is Jose Stemkens still married to Her Husband Titus Welliver?

However, their relationship couldn’t be last for long as they went their separate ways back in April 2019. Welliver filed for divorce from his wife in Los Angeles County Superior Court in May 2019. The actor reported on his petition that they actually separated on 3rd April 2019. And their split was mutual.

Besides, many people are also curious to know did the couple share any kids? Nonetheless, the answer to the question is not.

But, Titus has three children from his previous wives. He has two sons named Eamonn Lorcan Charles, born in May 1999, and Quinn Welliver, born in 2002 with his ex-actress wife Joanna Heimbold. He also had a daughter Cora Welliver with his late wife Elizabeth W. Alexander. She died of breast cancer in 2012.

In fact, Jose was the fifth wife of the actor.

Who is Jose Dating After Her Divorce From Welliver?

Ever since her separation from her ex-husband, Jose has remained low-key about her love life. She hasn’t come forward with her relationship. So, we can not confirm her relationship status as of 2022. And the same could be said for her former life partner Titus’ love life.

Her fortune is $1 million. The major portion of her wealth Jose earns is from her fashion career and her business endeavors. She currently resides in Los Angeles, California.

Besides, her spouse Titus has an estimated wealth of $4 million.