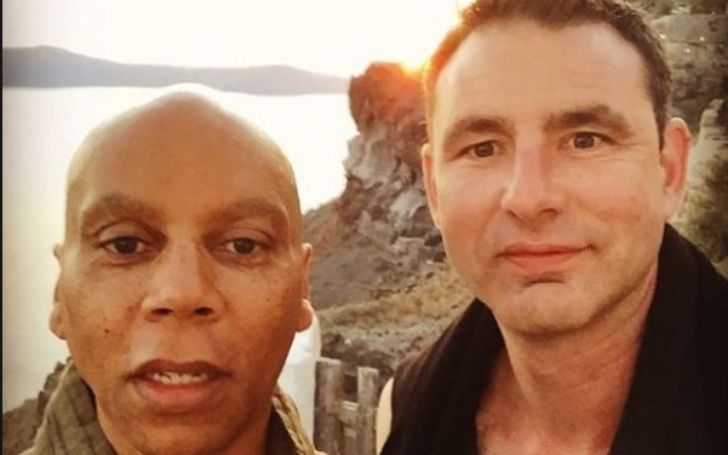 Georges LeBar is an Australian rancher who is famous as the husband of Drag Queen, RuPaul. The duo was initially in a long-term relationship before marrying.

RuPaul’s husband Georges was born and brought up in Australia. However, he moved to the US when he was young and has been living here since. Besides, there are many aspects of Lebar’s life that not many of us aren’t aware of.

In this article, we’re going to take an in-depth Georges’s life and find out intricate details!

Georges LeBar was brought up in Australia

Georges was born on January 24, 1973, in Australia. He spent the major portion of his life in Perth, West Australia. He belongs to the Caucasian ethnicity and has English ancestry. Originally, his family is from Wyoming, the US.

He is the son of Paul Lester “Barney” LeBar. Unfortunately, Georges’s dad passed away at a relatively young age of 40. Information on his mother and siblings is not available at the moment.

Both of his grandparents George and Georgene LeBar were from Douglas, Wyoming. His grandpa was a renowned rancher who had lands in several different counties including Nebraska, South Dakota, and Wyoming. After the tragic passing of his grandparents, Georges inherited several thousand acres of land in Wyoming.

Moving towards his education, he graduated from a local high school in Perth, Western Australia.

RuPaul’s hubby Georges LeBar is an artist and a rancher

Unlike his husband RuPaul, Georges is not involved in showbiz. While his partner is a renowned drag queen who appeared in several TV series, Georges is a multi-talented individual.

At first, he is an artist. He studied fashion and design in New York, Paris, and Miami. Moreover, he also has a website wherein he has shared a few of his works. Apart from that, Lebar used to share portraits of his husband on his Facebook account.


In addition, to being an artist, Lebar inherited a massive amount of land from his grandparents. So naturally, just like his grandpa, he became a rancher. He owns numerous ranches across the country including a massive 66,000 acres in Douglas, WY. This property is distributed in seven parcels of land.

Georges LeBar has reportedly leased his ranch to Oil Companies

In early 2020, RuPaul caused a stir when in an interview segment with NPR’s Fresh Air’s host, Terry Gross, he talked about land management. When talking on the subject of Georges and RuPaul’s massive ranch in Wyoming, Terry asked him, “Do you have, like, horses or cattle or a farm or…?”

Upon hearing this remark, climate activists from the country bashed him for setting up a fracking empire and that too in an arid land that is Wyoming. For those of you who don’t know what fracking is, well, it’s a process wherein liquid is injected into the subterranean rocks at high pressure. This process forces open the rocks giving out oil or gas.

Now many of you might be wondering why did this fracking caused such a stir? This process is relatively harmful to the environment because it releases methane at an alarming rate. And methane is one of those gases which causes the greenhouse effect around 84 times more harmful than carbon.

Georges LeBar and RuPaul’s Relationship: His Height did it for RuPaul

The famous pair have been dating for a few decades. They are dating since the mid-90s. Initially, the pair first met in 1994 in the Limelight Disco at 6th Avenue and 21st street. At the time, Lebar was celebrating his 21st birthday while RuPaul was just chilling at the Disco.

As we all know RuPaul stands at a resounding height of 6ft 4 inches. Because of his height, RuPaul rarely ever puts arms around someone who is taller than him. As soon as he saw Georges, who stands at an immense height of 6ft 8 inches, he was ecstatic.

But wait, not only was he tall, but he was also devilishly handsome as well. Upon glancing at each other, they had a fun dance night at the disco. They hit it off rather immediately.

The secret sauce behind their long-term relationship

Many of you might be surprised to hear about the secret behind their successful relationship. You see, RuPaul and Georges don’t abide by the traditional hidden rules. They have an open relationship, meaning, neither of them holds off each other. In the words of the Queen of Drag himself,

“If [LeBar] needs to do something else somewhere else, I’m fine with that.”

In an interview with The Guardian, RuPaul revealed trust is the most important foundation of their love. He believes as long as they share the same amount of love, there will be no shackles. He stated,

You heard it, folks, trust is the most important foundation of their relationship. It is all about letting your partner go wherever they please. Any type of restriction is, has, and will always be the killer of any relationship.

In the most romantic way possible, Georges and RuPaul decided to tie the knot in January 2017, the same day they met 23 years ago. Though the lovebirds wedded in January, RuPaul only announced the big news in March of 2017.

Other than this information, the TV star didn’t divulge any other details. Regardless, we’re sure the ceremony must’ve been a cozy and small one, given RuPaul and Georges’ nature.