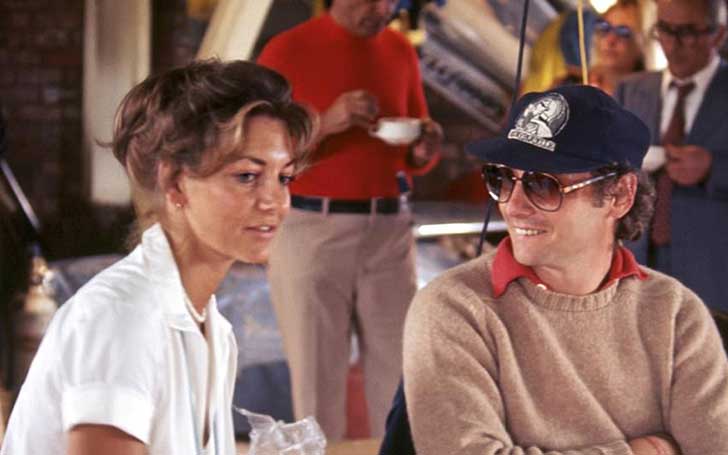 Marlene Knaus is a former Chilean-Austrian model, photographer, and interior designer. However, she is better known as the ex-wife of a late F1 racer, Niki Lauda. She was the first wife of the three-times world champion. Marlene and Niki were married for more than one and a half decades before they went their separate ways.

Besides being the ex-wife of late Niki Lauda, Marlene is also a mother of two children with him. But, she has remained completely away from the media ever since her divorce from Lauda. So, where is she now? Is she alive? Did she remarry after her first divorce?

We have all the answers about Marlene Knaus here. Do read the article to know everything about her.

Since the former model and photographer, Marlene Knaus has been staying low-key ever since her divorce, there isn’t much info about her. Likewise, her early life details are scarce in the media. But, as per some sources, she was born and raised in the United States, however, she hails from the South American nation, Chile.

Meanwhile, The Sun had reported Marlene as a 70 years old woman in its June 2019 article which makes her birthday to be around 1949. And as of 2021, Marlene Knaus is aged 72 years. Unfortunately, details about her birthday, and her parents are unavailable.

Though born and raised in the USA, Marlene holds an Austrian nationality which she took after she married her former husband Niki Lauda.

Marlene started pursuing her dream in modeling in the 1970s. Though she didn’t get big opportunities as a model in her initial days of modeling, she was slowly and gradually making progress.

As per the sources, she also did some work as a photographer and interior designer. Marlene discontinued her career work after she started dating Niki Lauda in the mid-1970s.

We all know Marlene and Niki Lauda were happily married for years, however, many of us might be unaware of their back story. The fact is, both of them were still dating when they came across for the first time. Their first meeting dates back to 1975 when they happened to attend the party of actor Curt Jurgens. In fact, the rising model was dating actor Curt at the time.

On the other hand, Niki Lauda was engaged to his then-fiancee Mariella von Reininghaus. They were in a relationship for years and were planning to get married soon. However, both Marlene and Lauda were smitten by each other in their first sight. Within a couple of months, they left their respective partners and started dating.

Less than a year after they started dating, Marlene and Niki Lauda got married on March 11, 1976. Apparently, it was only five months before, Niki Lauda suffered a near-fatal car crash in Nürburgring, Germany.

She is a Mother of Two Children

Their second son, Mathias followed in his father’s footsteps while, their first son, Lukas served as Mathias’ manager. Moreover, Mathias is active on social platforms like Instagram, Facebook, and Twitter while his older brother prefers staying away from the media.

Going through his social media, we can find out Mathias is happily in a relationship with Claire Lauda with whom he shares his two kids.

Knaus and her former husband Niki Lauda lived what seemed to be a perfect married life for over one and a half decades. In 1991, they officially split up while they finalized their divorce in 1996. The ex-pair didn’t reveal the reason for their divorce. Meanwhile, during the 1980s, while they were still married, Niki had an extramarital affair with an unidentified woman.

Niki didn’t even reveal the name of the woman. He has a son named Christoph Lauda from his affair. This could be the reason for their split, however, they still lived happily for years onward before separation.

After their divorce, Marlene opted to live a life out of the media limelight. So, there is almost no info on her love life following her separation. Marlene reportedly lives in Ibiza at present.

On the other hand, her ex-spouse was happily married to his second wife until his death. He was married to an air hostess Birgit Wetzinger.

They started dating in 2004 and after four years, they walked down the aisle. Niki and Birgit also gave birth to twin children, a son Max and a daughter Mia in 2009.

More than two decades after their separation, Marlene Knaus’ ex-hubby Niki Lauda passed away in 2019. The three-time F1 world champion, Lauda died during sleep on May 20, 2019, in the University Hospital of Zürich in, Switzerland. His family, however, didn’t reveal the cause of Lauda’s death.

Talking about his health issues, Niki Lauda suffered injuries time and again during his F1 career, including the time when he nearly lost his life. After his retirement from his racing career, he suffered from kidney failure and had a transplant in 1997. At that time, Niki’s brother Florian Lauda was the donor.

But, unfortunately, his first transplant didn’t work as long as expected and he had to undergo another transplant in 2004. This time, Niki’s first-born son, Lukas came forward to donate his kidney, however, he didn’t fit for his father. And ultimately, his then-girlfriend, Birgit Wetzinger gave him his second life.

They had just been dating for eight months at the time she dared to donate her organ. It made their relationship stronger and they ultimately got married in 2008.

Even though Marlene and Niki Lauda were divorced a couple of decades before the latter died, they had maintained an amicable relationship. In fact, Niki had decided to give a certain portion of his fortune to his first wife after his death. Not many sources have mentioned the fact, but The Sun revealed Niki Lauda’s will shortly after Lauda’s death in 2019.

The article revealed in accordance with german outlet Bunte that Niki Lauda was worth more than $550 million at the time of his death. According to his will finalized in 2014, most of his fortune was divided among Niki’s second wife, Birgit, their two children, and Niki’s two sons with Marlene, Lukas, and Mathias Lauda.

As per The Sun, Niki had initially drafted the will back in 1997 when he had decided to give all his fortune to his first wife Marlene and their two sons. But, two years later, Niki made a change in his will. And this time, he set four trustees, including his long-time friend, Attila Dogudan, who would be tasked to divide his inheritance after his death.

Again in 2014, he made the final adjustment to his will in which he gave his wealth to his second wife, Birgit, their two children, and his two sons with his first wife Marlene. At the time, he had also considered his first spouse Marlene and his illegitimate son Christoph as part of his will.