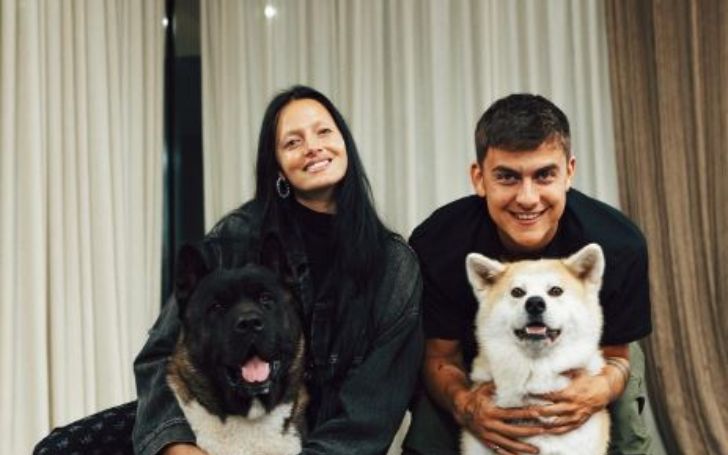 Oriana Sabatini is a former child actress, model, and singer from Argentina. She is also known as the girlfriend of Argentine and Roma footballer Paulo Dybala.

Oriana comes from a family of artists and national celebrities. She herself is also quite famous on her own. Not even 25 and she had already had opportunities to open up the show for artists including Ariana Grande, Coldplay, and Red Hot Chilli Pepper.

Besides her promising career as a musical artist, Sabatini has some other interesting things going on in her life that are worth attention. Read all that there is to know about the Argentine model in the headings below.

Oriana Sabatini; She Received Her Name After Her Aunt

Oriana, full name, Oriana Gabriela Sabatini Fulop was born on April 19, 1996, in Buenos Aires, Argentina. Her second name represents her aunt, Gabriela Sabatini, an Argentinian tennis player who once ranked no 3 during her early playing career.

Oriana is the daughter of actress and TV host, Catherine Fulop and the former model and actor, Ova Sabatini. Fulop is Venezuelan while Ova is an Argentinian.

Speaking of Oriana’s education, she studied singing, theater, and piano.

Oriana Sabatini Mother Is More Famous Than Her; She Is A TV Personality And Actress

Turns out Dybala’s girlfriend, Oriana has a famous mother, Catherine Fulop who apparently is a quite famous celebrity in her home nation. Fulop is a former model, actor, and host who is known for the films, Solos en la Ciudad, Marigold, Mercenarios, and shows like MasterChef Celebrity Argentina 3 and Tardes Bellas.

Oriana Started Dating Roma Striker Dybala In The Summer Of 2018

Oriana and the Roma striker Paulo Dybala started dating in late July 2018. They apparently got in touch with each other through social media. It however is unclear who was the one to approach first though some claim that it was Dybala himself. Also, at the time, Sabatini didn’t know Dybala was a professional footballer.

She asked her friends about him but they all told her that he was a tennis player. It was her father, Osvaldo who properly gave information about Dybala to his daughter, Oriana.

Oriana, once in an interview, revealed during the early phase of her and Dybala’s relationship, she put her career on hold as she didn’t know how to manage it from a long distance. Sabatini however stated that she doesn’t regret the decision of taking a pause in her career and that she instead was glad that she focused more on her relationship with her boyfriend. Because of this she apparently got the chance to take care of a lot of personal things.

Sabatini and Dybala’s relationship, the couple jointly claims, strengthened during the COVID-19 pandemic/lockdown. At the time, they both got to share the same roof in Italy.

The Truth About Oriana Pregnancy

Back in May 2022, news suggesting that Oriana might be pregnant caught quite the heat due to her boyfriend, Dybala’s on-field celebration which he did after scoring one of his goals in a Serie A. The Roma forward had put his thumb in his mouth which players usually do when there’s a baby coming into the family.

Curious that Oriana may very well be expecting some media sources even went to ask her mother, Catherine Fulop. Fulop encountered the question when she was giving an interview and after hearing about the rumor, Catherine said, “not for now.” The Latin American celebrity nevertheless got excited and wanted to make sure if she really was going to be a grandma. She therefore said,

I’m going to ask her!

Fulop soon knew about Dybala’s particular goal celebration that instigated the hearsay in the first place. She eventually made a video call with her daughter Oriana. When Fulop finally asked if her daughter was having a baby with Dybala, the Argentine artist said she wasn’t and that her footballer boyfriend’s celebration meant something else.

As for marriage, Sabatini and Dybala are yet to tie the knot. However in an interview with Jay Mammon on the Los Mammones program, Oriana, regarding the subject of nuptials, said while she, at times, looks for marriage proposals online, she is going to wait for Dybala to ask her. She also talked about her dreams of having Argentine children “hopefully with Paulo.”

For now, the couple is the parents of two pet dogs, Kaia and Bowen.

Before Dybala, Oriana was dating a YouTuber Julian Serrano; Sabatini had just broken up with him when Paulo contacted her on social media. Sabatini and Serrano dated each other for three years. They also collaborated on a few video clips.

In an interview with Nadie Dice Nada (a podcast) in Sep 2022, Sabatini confessed that she is passionate about being with a lifeless body. Dybala’s girlfriend stunned everyone when she revealed she had a secret passion for thanatopraxia.

Sabatini said she had been pursuing it online as the course is being taught in Spain and she can’t be there.

“I’m doing a very interesting thanatopraxia course. It’s the people who prepare the bodies for wakes. I love it. I love being with a lifeless body.”

In the same interview, Sabatini said she however hasn’t interacted with a lifeless body. Oriana further revealed how her fascination with death and love for the medicinal study were the ones that led her to pursue thanatopraxia. She initially also had an interest in forensic medicine but couldn’t do so because of time shortage.

Oriana Career; All The Performances And Her Musical Releases

Sabatini was 13 when she did her first fashion shoot followed by some small TV roles.

Oriana began her career by first becoming a part of the Uruguayan soap opera Because I Love You in 2011. The next year she appeared in another series, Aliados. The show however started to air only in 2013.

The following year, Oriana became one of the casts of Tu Cara me Suena, where she impersonated several other regional musicians. The same year, she also appeared in a music video, Love Is Louder by Jota Esse.

In the summer of 2017, Oriana would serve as the opening artist on Ariana Grande’s Dangerous Woman Tour. There she would sing her first single, Love Me Down Easy. Later in 2017, Sabatini performed as a solo artist at Usina del Arte, Ciudad Emergente. A few months later, she would again open up the show for another global artist (musical group), Coldplay. After that, in Dec 2017 Sabatini released her single, Stay or Run.

In 2018, Oriana would once again share the stage with another famous band, Red Hot Chilli Peppers at the Lollapalooza Argentina festival. The next year in 2019, on Oct 4, Dybala’s partner premiered a video song, titled, El Ultimo Tango.

In early 2020, Oriana would release another single, Luna Llena. Then in March, Sabatini would launch her other creation, Bad, especially for digital platforms. She released Lo Que Tienes on December 8, 2022.

Sabatini started the year 2021 by releasing Tuyyo in collaboration with FMK, an Argentinian band. In 2022, her other releases would be Perro, Sola, 325, Encountrarte, and Chin Chin.

While Oriana is famous on platforms like Instagram and TikTok, the 26-year-old has also caused a fair share of controversies for the nature of some of her posts. Many a time has she been called out for her looks and the way she has appeared recently. The criticisms pointed particularly towards her dyed eyebrows with many people calling it a style that didn’t suit her at all.

People have also shown their bitterness toward one particular TikTok video of Sabatini. It involved Oriana and her footballer boyfriend trying to make what was supposed to be a funny antic. The couple recorded themselves for a short video wherein Dybala was trying to lift his girlfriend by the crotch with one arm all while Oriana remains still. Although the video was rather trivial, Dybala and Sabatini tried it quite a number of times.

Soon after the couple made the video public, many people took it as explicit content. Later the video was taken down by TikTok itself. Not long after Sabatini hit back at the platform and expressed her frustration with it for taking down her video.

Oriana Sabatini Net Worth; Is She Richer Than Her Boyfriend Dybala?

Oriana is not your average wag; she is famous on her own, as mentioned. One could argue they like Sabatini for her music rather than her relationship with Roma forward, Paulo Dybala. However, despite all the opening performances and quite a number of notable songs, the details regarding the financial breakthroughs of Sabatini are yet to come by.

Having said that, it’s pretty challenging of a task to conclude if the Latin celebrity is richer than her World Cup winner boyfriend Paulo Dybala who has an estimated net worth of $40 million in addition to a $14 million-a-year salary.

Who is Candice Brook? Her Relationship With Boyfriend Leroy Sané

Who Is Laura Ingraham Husband? List Of Her Boyfriends