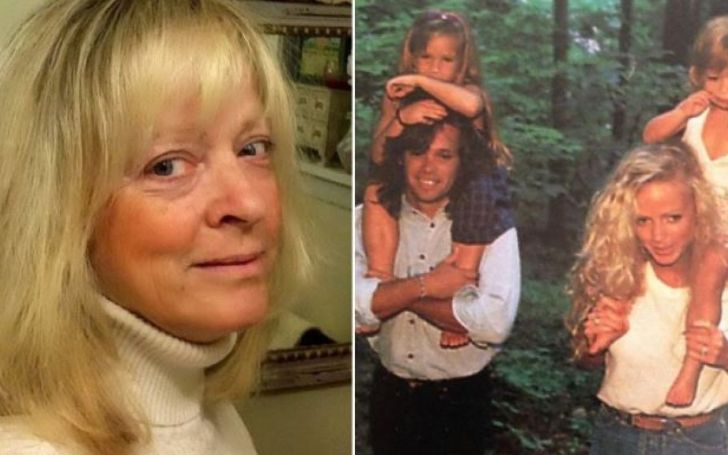 Victoria Granucci is the ex-wife of American musician John Mellencamp. Although she has appeared in a few movies and music videos as an extra, she is primarily identified for her marriage with her former singer-husband. Moreover, they have children from their relationship as well.

Well, in this section, we are going to explore Victoria Granucci’s life before and after her marriage. Join us to know details on her parents, career, lifestyle, and a lot more.

Victoria Granucci was born on November 26, 1958, in Scranton, Pennsylvania, to white American parents. Although her parents had no connections to films, Victoria was extremely fascinated by movies and music and aspired to get into acting from an early age.

As a child, Victoria was quite good at studies and even completed her formal education before jumping to modeling.

Victoria Granucci Career: Has Appeared in Movies as an Extra

As an acting aspirant, Victoria began modeling right after high school. Eventually, she moved forward to working behind the camera in several movies and TV projects.

In addition to working as a crew member in movies, she also appeared as an extra in some of the films. Some of her uncredited roles include in movies like Happy Days, Fantasy Island, Charlie’s Angels, Chips, and Love Boat, Grease.

As of 2020, Granucci has taken a break from movies. She rather enjoys her time with her family & her grandchildren at present.

She Was Married to American singer, John Mellencamp

Victoria married American musician and singer John Mellencamp. They tied the knot in 1981, but unfortunately, divorced after 8 years of marriage in 1989.

While they are no more together, their chemistry as a couple seemed pretty interesting initially. In fact, Victoria’s ex-husband had planned his first meeting with her after he saw her photo in his friend’s house.

John literally persuaded his friend to plan a meeting with Victoria, after which they met at their friend’s house, and ended up getting married.

Victoria reportedly ended up divorcing John because of his continued infidelity even during their marriage. He allegedly had a relationship with multiple women when still married to Victoria.

Did Victoria Have Children With Ex-husband John Mellencamp?

She had two children with John. They welcomed their first daughter Teddi Jo Mellencamp on July 1, 1981, and their second daughter Justice Mellencamp was born in 1985.

Did Victoria Marry Again After Divorce?

Apparently, Granucci never tied the knot after her divorce. As per the reports, she is living a single life away from all the glitz and glamour.

Her Husband is Married Thrice

Granucci’s ex-husband John married thrice. He was first married to Priscilla Esterline from 1970 to 1981. They also had a daughter Michelle Mellencamp from their relationship, born on  December 4, 1970.

His second marital relationship was with Victoria. They married the same year John separated from Priscilla. They divorced in 1989.

John married for the third time to American model Elaine Irwin, almost three years after his split from Victoria. This time again, he could not sustain his marriage, getting a divorce in 2011. With Elaine, he welcomed two kids Speck Mellencamp(b.1995) & Hud Mellencamp (b.1994).

Victoria Granucci is a Grandmother

Beautiful Victoria has two daughters Teddi Jo Mellencamp, Justice Mellencamp. And the interesting thing is that both her daughter is already a mother which makes Victoria a grandmother.

She has three grandchildren from her daughter Teddi, Cruz Arroyave, Slate Arroyave, & Dove Mellencamp Arroyave. Well, like any grandparent, she is very close to her grandchildren.

Similarly, her second daughter Justice is also married and has three kids from her marriage, Trent, DoDo, and Woods Mellencamp Moore.

She explains the feeling of having grandchildren as one of the best feelings. Talking about the same in one of the interviews, she said,

focusing on being a grandma. My daughters have wonderful children and have really given me a whole new outlook on life

How Much Is Victoria Granucci’s Net Worth?

As the ex-wife of a famous singer, Granucci has amassed a huge amount of money from her career. Further, he also added a decent sum from her divorce settlement. Well, as for her net worth in 2021, it is around $1 million.

At the same time, her ex-spouse John Mellencamp is worth over $30 million.

Who Is Maui Chapman? Into The Life of Leland Chapman’s First Wife