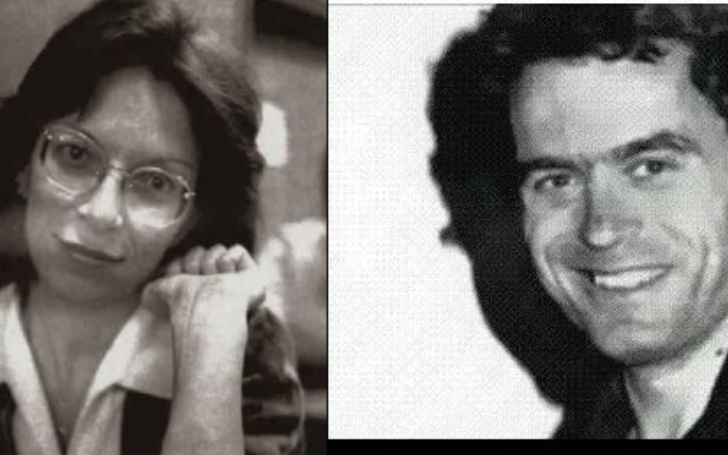 Carole Ann Boone was the ex-wife of the infamous serial killer from the 70s and the 80s, Ted Bundy. Bundy was an admitted serial killer, rapist, and necrophile who confessed to 30 homicides.

Documentaries, films, TV shows, and interviews mainly focus on the nature of Ted Bundy as a killer, and his victims. They, however, also more than occasionally delve into another particularly important romantic relationship in Bundy’s life: The one with his wife, Carole Ann Boone. Many named her Bundy’s right-hand woman, who surprised hundreds of thousands of people by believing the infamous serial killer was innocent all the way until he was on death row.

For many analysts, Boone is also an interesting case of Hybristophilia — the condition where one gets turned on by someone who commits a violent crime. Here’s what lies about all that there is to know about Carole Ann Boone, her relationship with Bundy, and her afterward life.

Carole Ann Boone Was Born In The Late 40s In Washington: Death

Carole Ann Boone was reportedly born on 12 Apr 1947 in Seattle, King County, Washington. Though not much about her family is known; where she grew up and who were her parents.

For years, Carole remained away from the media, but unfortunately, she is no more in the world at present. In Feb 2019, Radar Online revealed Ted’s last known partner, Carole died in January 2018 at age 70 of septic shock.

According to one of her closest friends, in recent years, Carole Ann Boone, was living under an assumed name, had run into health problems, and checked into a retirement community.

Carole met her late husband Ted Bundy in 1974 when they both worked at the Washington State Department of Emergency Services, where Bundy was helping with the search of several of the women he’d murdered.

When she first met Bundy, Boone had just come out of a second divorce, was a single mother to a son, James, and having an affair with a “large, unpleasant man.”

According to the book, The Only Living Witness: The True Story of Serial Sex Killer Ted Bundy, Boone whilst remembering the first time she met Ted, said

“I liked Ted immediately. He struck me as being a rather shy person with a lot more going on under the surface than what was on the surface. He certainly was more dignified and restrained than the more certifiable types around the office.”

Boone and Ted, however, kept things platonic at first. In fact, their relationship deepened once the lady killer was on trial in Florida for the murders of two young women in the Chi Omega sorority house at FSU, per the book.

Boone had even relocated to Florida from Washington to visit Bundy in prison more frequently. The Vermont-born murderer and Carole’s relationship allegedly also overlapped to a degree with the one Ted had with Liz Kendall, Bundy’s long-time girlfriend. The Emily In Paris actress, Lily Collins plays Liz Kendall in the 2019 Netflix movie, Extremely Wicked, Shockingly Evil, and Vile.

Ted Bundy and Carole Boone became husband and wife on Feb. 9, 1980, before Orange County jurors who later that same day recommended the law ought to execute Bundy for killing a Lake City schoolgirl.

A year earlier, in 1979, Boone testified for Bundy as a character witness. Florida law at the time stated, that two people can declare themselves married in a courtroom if a judge is present.

Bundy, being a former law student, took advantage of it. Some argue he did so to win sympathy from the jurors.

The man who killed more than 30 women, however, claimed it wasn’t a stunt, but an act of true love.

He added how the wedding wasn’t a stunt. He said the nuptial was the only chance to be in the same room together where the right words could have been saying.

“It was something between she and I,”

stated the attorney student turned criminal. When explaining her and Bundy’s relationship in court, Boone said,

“Several years ago the relationship evolved into a more serious, romantic thing. Serious enough so I want to marry you.”

When Bundy asked Carole if he displayed any “violent” characteristics, she replied by saying she had never seen anything in him that indicated any destructiveness toward people.

Boone described him as a “warm, kind, and patient man.” For the marriage, Boone had contacted a notary public some days prior.

She was present in the courtroom the day Ted proposed to Carole and later became the marriage witness. She had also stamped the marriage license, which Boone had applied for a week earlier in the court wedding. Earlier Orange County officials had refused the couple’s request to wed at the jail.

Carole’s only child with Ted, Rose’s birth is quite a mystery since she gave birth to her, or more actually, she conceived her when her late ex-husband, Bundy was still in prison.

Further, Carole and Ted didn’t have the provision for conjugal visits. Some say Boone became pregnant with Rose during one of her visits to Ted in prison.

Although they didn’t have the Conjugal visits options, according to Ann Rule’s 1980 biography of Bundy, The Stranger Beside Me, prisoners reportedly took bribes to allow Ted to have physical contact with Carole. Boone later, whilst talking about her visits to Ted, said,

“After the first day, they just, they didn’t care. They walked in on us a couple of times.”

More later, she, however, said it was nobody’s business as to how she conceived her daughter, Rose.

Moreover, there are also theories that Carole conceived her after she and Bundy exchanged an empty condom through a kiss during one of their prison visits. The condom was reportedly filled by Ted with his sperm and returned back to Carol again during a kiss.

Carole Thought Ted Bundy Was Innocent For Quite A While

Boone apparently absolutely believed Ted was innocent. Allegedly there were so many people who thought he was innocent and they believed the law and other people railroaded the serial killer. Ted’s supporters argued there wasn’t really good evidence against him in any of the cases.

Also, Carole Boone during Ted’s trial lived within the circle where people fed her the idea that Ted was innocent. It wasn’t until the police offered Bundy a “bones for time” deal, that Boone realized she’d put her faith in the wrong person. (Bones For Time: if he told police where the bodies of his victims were, they’d delay his death penalty)

As for Bundy, the closer it came to his execution, the more willing he was to confess to his crimes, which came as a shock to Boone. It’s unclear when Boone decided to divorce Ted, but she ended dissolving their marriage in 1986.

There were also rumors that Carole decided to divorce Bundy after he started an affair with Diana Weiner, another one of his lawyers, whilst still in prison. People magazine reported Carole hadn’t visited Bundy for two years before he was executed in 1989. And although he tried to reach her by phone on the day of his death, she didn’t answer his call.

After divorcing Bundy, Carole returned to Washington with James and Rose. Some records albeit few suggest Ted’s ex-wife changed her and their daughter, Rose’s names.

Boone allegedly changed her name four times during her move back to her birth city, Seattle. Theories claim at one time Carole changed her name to Abigail Griffin and moved to Oklahoma. Others believe Boone married yet again and led a quiet, happy life.

For years, Carole and Ted’s only daughter, Rose Bundy’s whereabouts were a mystery. As per The Stranger Beside Me writer, Ann Rule, Rose had always been living away from the spotlight but she was always doing well.

Rule had also volunteered with Bundy at a suicide crisis hotline center. She reported Ted’s daughter, Rose as a kind and intelligent woman.

Nonetheless, even Ann never knew where Rose and her mother were living. Then in March 2019, GLOBE reported Rose, was at the time living the good life under an assumed name in England.

GLOBE added Boone’s daughter with Ted was living as a suburban housewife and mother of three. Rose had also changed her name to Rosa.

She was then reportedly living with her husband and their three then-young children — including a set of twins. GLOBE’s at the time claimed Rosa had moved to England in 2002 when she was 21. Rosa, however, also kept in touch with her late mom, Boone who was then still living in Seattle.

It is unclear if Rose remembers her late father, Ted. The alleged English resident, however, did meet him as a child and even visited him per usual. It was her mother, Carole who reportedly often took Rose and her step-brother, Jayme to Ted on her visits to prison.

Rose, her mother, & her stepbrother even had a few family pictures that they took in the jail, where Ted Bundy was serving his prison time.