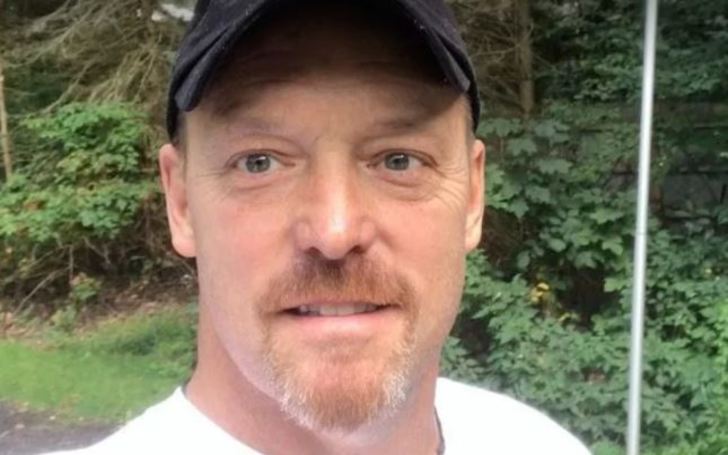 Greg Paul is a social media star who is better known as the father of the notorious brother duo, Logan and Jake Paul. Much like his sons, Greg is also a Youtuber who has quite a number of followers.

If someone random is to say a few controversial names from the social media stars in today’s world, chances are Logan and Jake Paul would surely make the list. Logan established his popularity after he gathered a sizeable following for his prank and challenge videos. While Greg’s other son, Jake became famous after appearing in Bizaardvark as Dirk Mann for two seasons.

It is quite obvious that Greg Paul capitalized on his son’s fame by launching his social media channels. So far, Greg has over 150k subscribers on his YouTube channel and close to half a million followers on Instagram. The piece down below will discuss some key moments from the life of Logan and Jake’s a bit famous a bit less-talked-about dad.

The now 58-year-old Gregory Allan Paul was born on October 28, 1963, in Cincinnati, Ohio. He, however, grew up in Westlake with two brothers, Jim and Jeff.

When he was an adult or around those time, he was a commercial roofer and licensed realtor.

The six-foot-tall father of two also used to audit for both Jake and Logan during the initial phase of their celebrity career.

Greg Paul has an active YouTube channel by his own name ‘Greg Paul.’ Unlike his sons, however, he leads a very simple life and does not flaunt his wealth on social media.

He started his Youtube career on 19th February 2014. So far, his Youtube videos have amassed over 3million views.

He first used to upload videos of his sons, including ‘Logan Paul’s High School Football Career Highlights,’ ‘Jake Paul Surfing,’ ‘Delivering Logan’s Bus Across the Country,’ and others.

Despite some rumors claiming Greg – being a former marine, he, himself has never mentioned serving in the army.

Although not affluent as his sons, Greg is still, by and large, a rich guy. And while he doesn’t pose in front of luxury cars or lavish commodities, the Ohio-born social media celebrity reportedly is more than sound when it comes to financial prosperity.

It, nonetheless, would be a bit of an overstatement to say Greg is anywhere near as rich as his sons, Logan and Paul who each have a net worth of over $30million.

His Relationship With His Ex-Wife

For years the senior Paul and his wife Pamela had what seemed like the perfect relationship. They became parents to two sons.

Greg admits, he and his former spouse initially thought love would be enough to save their marriage but later found out that it wasn’t the case.

Why Did Greg Paul And His Former Wife Break Up?

Talking about his broken marriage with the mother of his two sons, Paul during an interview with IMPAULSIVE said,

“We didn’t have the teaching tools to make it through marriage. But, the fallacy is, we believe, ‘Oh! We love each other. Love will pull us through.’ That’s a fucked up bullshit lie.”

The West Lake native added despite he and his ex-wife did everything in calculation; not rushing things, buying a house first, moving in, living together, they couldn’t make it work.

Greg revealed that his former spouse, Pamela moved on faster than him after the divorce.

At present, the pair, however, are on good terms. The ex-couple also appeared in a May 2017 video on their son, Logan’s channel in which the eldest Paul asked them questions about their marriage and divorce.

To this Greg’s former partner offered a rather sarcastic answer, saying:

“We wanted to make your life miserable. We wanted you to be unsuccessful, be walking the streets unclear of your whole being, and just be a follower. That’s why.”

Logan and Jake often feature their mother Pam on their social media accounts and talk about her kind and caring nature. They say their mother is the complete opposite of their father, Greg.

His Ex-Wife Used To Be A Nurse

She started her career as a Nurse at the UHHS Westlake Surgery Center. Later, Pam went on to work at other health centers as well. The Cincinnati-born ex-commercial roofer’s former partner eventually resigned as a Nurse and subsequently led a quiet life for some time.

Much like the rest of the Paul family, she also owns a YouTube channel which she launched in March 2017 and called ‘VlogMom’. And even she has a whopping 700k+ subscribers with more than 25 million views.

What’s more, as per multiple sources, Pam Stepnick is also a millionaire.

After divorcing the Paul brothers’ father, she married a real estate business owner and the duo resides in Ohio.

It was all his eldest son, Logan that pioneered Youtube fame for himself and his family. He started to gain a following in 2013, posting sketches on the video-sharing application Vine. Logan pushed himself to further prominence via his other channel, Logan Paul Vlogs which is his most subscribed YouTube channel.

As of 2021, the channel has received over 22 million subscribers and 5.8 billion views. It ranks as the 58th subscribed in the United States. He is also a boxer and professionally has fought twice in his career so far, drawing and losing to fellow YouTuber KSI.

Before fighting Mayweather in summer 2021, Logan had promised Greg he would get the win.

Greg’s other son, Jake is also a Youtuber and a boxer. His fighting records include five wins out of five bouts.

Both Jake and Logan Paul admit their father, Gregory Paul, helped them to be stronger while growing up. They credit Greg for teaching them the ways to overcome and prepare for the difficulties and challenges in life.

He Sparked Controversy For Reportedly Kissing An Underage Girls

In Dec 2017, Logan and Jake’s dad, Greg was accused of kissing an underage girl in a video.

There was a clip of Greg kissing a young girl in his series. That footage was from a video on Jake’s page titled “Kissing Contest,” where he and his dad were competing to see who was the better smoocher.

The video featured a blindfolded girl taking part in a kissing contest with Greg Paul and his youngest son, Jake.

In the video, Greg initially asked for a woman who was over the age of 35, but later went for Alivia Marie who was blindfolded. She was at the time, 21 years old and over three decades the senior Paul’s junior.

There Was Also A Sex Tape

Apparently, an anonymous group by the name, Digital Hackers released the aforesaid video showing the father of Logan Paul kissing a lady way younger than him.

The same year in September, Digital Hackers posted another video alleging that it was a sex tape featuring Greg. But again, the video only had audio, making it illogical to implicate it was Greg.

The Hackers apparently released the videos out of spite for Gregory. Paul later defended himself via Instagram, calling the accusations ‘bunch of bull’ and ‘100% not true.’

On the other hand, he offered the hackers jobs saying he can use their skillsets in a positive way to make them a ton of legit money.

Greg Paul In The Present

Anyone from his Ig can tell that the realtor turned Youtuber loves being outdoors.

While he hasn’t revealed what place he claims as his actual residence, he presumably splits his time between Ohio and his son, Logan Paul’s ranch in California.

As for whether he is married or not, Pam’s ex-husband hasn’t talked much about the romantic corner of his life. Logan once revealed his father, GP would often ditch his several relationships (post his divorce from Pam) just for his sons.

For the time being, Greg is seemingly enjoying going out with friends & having out-of-doors activities.

In April 2020, Greg revealed he once survived a near-fatal heart attack after he called 911 all by himself.

When in high school, his nickname was red muff.

Greg admits he went flat broke during the 2008 financial crisis.