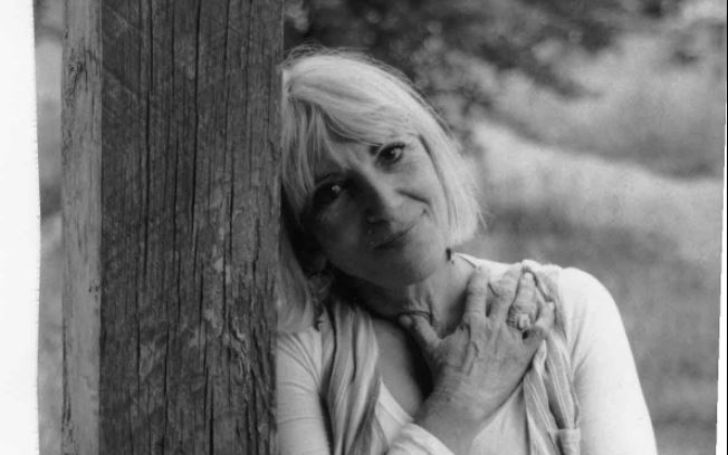 Casey Coates is famous as the former wife of veteran American actor Ted Danson. Her ex-husband is famous for his role in numerous TV series and movies. For his work, the actor has also won numerous accolades including two Primetime Emmy Awards.

The former couple was in a marital relationship for a long time before calling it quits. From their relationship, they even became parents of two children, one biological and one adopted.

It’s been decades since their divorce and we all want to know where Casey is now. What is she doing? She had suffered from paralysis after giving birth to their first daughter so how is her health holding up now? Let’s find out!

The former pair started dating some times after Ted’s divorce from his first wife, Randy Danson in 1975. In an interview with Closer Weekly, Ted mentioned that it was love at first sight for him. At first, he was adamant that having more than one relationship is a far-fetched thing but it all changed when he first met Casey.

Back then, Ted wasn’t as famous as he is today. He had a string of small or guest roles in numerous TV series. On the other hand, Casey was a Hollywood producer. Fortunately, everything worked out in the end, and the pair exchanged vows on July 30th, 1977, in an intimate wedding ceremony.

The former couple is parents of two children

Two years after their matrimonial, Ted and Casey became parents for the first time, welcoming their first daughter, Kate Danson, on December 24th, 1979. Kate is also an actress and has appeared in a handful of movies including Cousins (1989), Keepin’ It Real Estate, and Kemper: The CoEd Killer.

The duo, later on, decided to adopt a child and welcomed home another daughter, Alexis Danson. She was born in 1985. Unlike her older sister, Alexis remains visibly behind closed doors.

Although Alexis and Kate’s parents separated when both of them were still young, they never let their kids feel estranged. In fact, to this day, Casey and Ted remain amicable.

After spending over a decade together, the couple decided to call it quits. They divorced in 1993, after 16-years of marriage. It was one of the costliest divorces ever as Ted had to pay Casey a whopping $30 million in alimony. The reason behind their divorce, as stated by Ted himself, was that the pair didn’t feel the same way as they did initially.

The main reason behind the sudden rift between the pair was Casey Coates’ stroke which she suffered after she gave birth to their first child Kate. Apparently, one side of her body became paralyzed during delivery.

For the major portion of her excruciating journey, Ted was by Casey’s side. He cared for his wife for several years as any real man would do. However, things started falling apart for the two slowly. In the interview with Closer Weekly, he said, “We were adjusting to the fact that we weren’t the same people we were before it happened.”

Did Casey marry after divorcing Ted?

No, as far as we know, Casey didn’t marry anyone after her divorce from Ted. On the other hand, her ex-husband Ted is married to his third wife, Mary Steenburgen since 1995.

They don’t share any biological children. However, Ted is the step-father to Mary’s children, Charlie McDowell and Lilly McDowell.

Casey Cassandra Coates was born on 31st January 1937, in New York, the United States. As of 2022, her age is 84. She belongs to the American nationality. Moreover, she is of Caucasian ethnicity and has French ancestry.

Information on her parents and siblings is, however, not available. Still, we do know that her mother and father have sadly passed away. Besides, Casey’s parents raised her on the north shore of Long Island, New York.

She graduated with a degree in Environmental Design

For her formal education, Casey Coates attended the Great Neck High School. Later on, she moved to Boston and attended Lasell College, which was up until 1989 known as Lasell Junior College.

Upon finishing up with the college, she moved to London, the United Kingdom. Coates stayed in the European city for around a year before coming back to New York City. During her stay in London, Casey kind of leaned towards environmental conservation.

Because of her interest in preserving the environment, she decided to do a bachelor’s degree in the very field. She joined the BFA in Environmental Design program at the Parsons School. Subsequently, in the year 1975, she graduated from the college with honors.

Career: Casey Danson has a big portfolio to show for

While her ex-spouse Ted is an accomplished actor, Casey has also made a name for herself in her own way. Right after she graduated from Parsons school, she joined Ben Thompson’s firm at Cambridge, Massachusetts. However, just a year after she moved to Los Angeles with her husband Ted.

Back in LA, Casey started working towards solar energy as sustainable energy and environment sustainable designs. Around the same time, her vision coincided with President Jimmy Carter‘s solar tax incentive.

In addition to her work as an environmentalist, she also served as the board member for Parsons School of Design, Southern California Institute of Architecture, Environment Media Association. She also acted as the honorary board member for the Institute of American Indian Arts Foundation and served on the advisory board for Jimmy Carter’s Work Project in Los Angeles.

Aside from her work in environmental conservation, Casey is also a producer. She has worked behind the scenes on many projects. Her most famous work would be the documentary, Vaxxed: From Cover-Up to Catastrophe.

What is Casey Danson doing nowadays?

To this day, Casey works towards making the earth sustainable to live. She lives in a solar powerhouse which, of course, she designed all by herself from the ground up.

Apart from all that, in the 80s, Casey Coates co-founded American Oceans Campaign along with her husband, Ted. The not-for-profit organization aimed towards protecting and restoring the natural state of the oceans around the world. Since 2002, the organization has merged with Oceana.

Net Worth: Casey Raked in millions from her divorce settlement

Back in 1993 when Ted and Casey decided to separate, the divorce settlement became one of the costliest ones in showbiz. Ted had to shell out a staggering $30 million in divorce alimony. This is the early 90s we’re talking about here so in today’s time the money is worth more than that.

As of now, Casey enjoys a fairly lavish lifestyle. It is safe to say, her total net worth is upwards of $50 million in 2022.