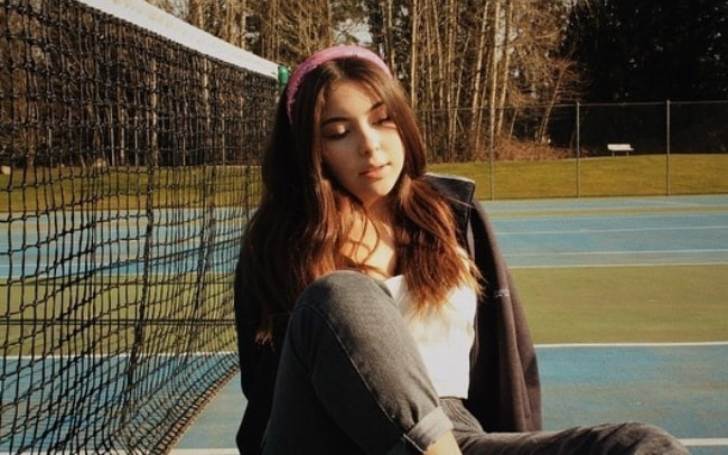 Emma Tremblay is a Canadian actress famous for the TV series Supergirl and Wayward Pines. Likewise, she is also known for playing in the movie Elysium, The Giver, and The Judge.

The Elysium actress is 18 years of age as of 2022. At such a young age, she has already been successful in leaving her mark in the movie industry through her incredible acting skill. Well, she is not the only one in her family to achieve success in acting at an early age. Emma has a little brother Jacob who is already in the American Entertainment Industry. Likewise, her little sister is also an actor.

So, all the audience who follows Emmy as well as her siblings wants to know her on her personal level. Hence, today, this article will serve all the details on Emma Tremblay including her age, Instagram, siblings, her movies, and many more.

Emma Tremblay Was Born In Canada

As we said above, Emma is 18 years of age. A Canadian actress was born on April 21, 2004, in Vancouver, British Columbia, Canada under the birth sign Taurus. Talking about her parents, her mother Christina Candia Tremblay is a housewife while her father Jason Tremblay is a police detective by profession.

Similarly, she spent most of her life in her hometown alongside her two siblings. As for education, there is no detail about which school or college she attended. But some reports claimed that she may have been homeschooled due to her busy acting schedule.

Besides, Emma belongs to a mixed ethnical race with French-Canadain, English, Scottish, Irish and German ancestry. She is a Canadian citizen.

Emma Tremblay Is A Older Sister Of  Jacob Tremblay: Short Bio On Jacob

Well, Emma’s younger brother Jacob is also a Canadian actor. Born on October 5, 2006, he grew up to be an actor, and soon, at the age of 7, Jacob made his debut in 2013. He started appearing in movies and TV shows like The Smurfs 2, Room,  Before I Wake, Wonder, Pete the Cat, and many others.

Further, he is also a multiple award winner. He has won a Critics’ Choice Award, a Canadian Screen Award, Screen Actors Guild Award, and many more. Moreover, he is the most appreciated child actor for his role in the 2017 drama Wonder which earned him a Critics Choice Award nomination.

Both the Tremblay brother-sister duo began their acting career the same year. Jacob is 2 years younger than her and they share a beautiful bond with each other.

Emma Also Has A Little Sister

A Supergirl actress has a sister named Erica Tremblay who is 5 years younger than her. Erica was born on August 16, 2009, in Langley, Canada. As per profession, she is also an actress, like her two older siblings, Emma and Jacob.

Emma Tremblay Is An Actress: Her Movies And Series

In the year 2013, Emma appeared on the screen for the first time as an actress, both on television and in movies. She played the character Amanda in the TV film Let It Snow and Elsa Collins in Santa’s Little Ferrets. The same year, she also portrayed the character Matilda, Frey’s daughter who is dying of cancer in the movie Elysium.

Following her debut, she soon gained fame as an actress and worked in different TV series. Tremblay played Lucy in 7 episodes of the mystery sci-fi TV series Wayward Pines. Likewise, she appeared in the TV film Psych: The Movie as Iris Vick, and her prominent role as Ruby Arias, the daughter of Samantha Arias in the series Supergirl’s third season which came out in the year 2017–2018.

Further, alongside her television career, she got equal success from the movie Wonder (2017) in which she portrayed the role of Michelle. Likewise, she acted as Faye in the 2018 film Night Hunter, Lilly in the 2014 movie The Giver, and in a couple of other movies. Also, she played the title character named Juliana Ried in the 2017 movie Juliana & the Medicine Fish.

In 2022, Emma worked on two projects. She appeared as Itsy in the movie named Aliens Abducted My Parents and Now I Feel Kinda Left Out. Further, she also acted as Gabby in the television film Caught in His Web.

Besides movies and series, Tremblay is hugely enjoying making TikTok videos in 2022.

Is Emma Tremblay Dating A Boyfriend?

Apparently, Emma is not in a relationship. At least, she has not talked about it officially. Saying this, we are welcoming the possibility that someone special might be in the 18-year-old actress’s life.

However, so far, she has not publicly expressed her love life in the media. At present, the 5 feet 5-inch tall actress seems to be rather fully enjoying her career as an actress alongside her star siblings for sure.

What Is Tremblay’s Net Worth?

As per sources, she has an estimated net worth of $1.5 million. As obvious, her major source of income is her work as an actress. Since 2013, she is consistently working as an actress in different TV series and movies.

Moreover, her wealth is expected to increase further in the days to come.