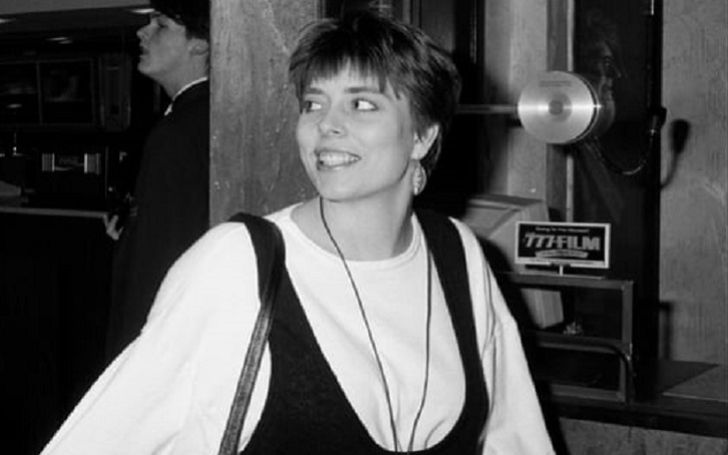 Anna Beth Goodman (aka Annabeth Hartzog) is a clothing designer and arts philanthropist. She is now the proud owner of Pippen Lane, a children’s emporium. Located in Magazine Street in New Orleans, the department store for kids offers Lylian heirloom dresses and selected European fashion, gifts, and toys for little girls and boys. In addition, Anna has also worked as a costume designer for a couple of movies.

But, most of all, Annabeth is better known as the long-time wife of John Goodman, a legendary Hollywood actor with a prolific career that has spanned over four and a half decades. As for their love life, the duo has been blissfully married for over three decades.

When was Anna Beth Goodman born? Her Biography

Anna was born in the late 1960s. As of 2021, her age is 53. She was born in Bogalusa, a city in Washington Parish, in Louisiana. However, most of her early details remain out of media.

Besides, Goodman belongs to the Caucasian ethnicity and is an American by her nationality.

Growing up in her hometown of Bogalusa, Anna went to Bogalusa High School, graduating in 1986. She later attended the University of New Orleans to study Fine Arts.

What Does Anna Beth Goodman Do? Details on Her Career as a Businesswoman

John Goodman’s wife Anna is a businesswoman by profession. Soon after her graduation, Anna made her move to Los Angeles to start her own business as a clothing manufacturer. After working there for a couple of years, she moved back to French Quarter, a neighborhood in New Orleans in the late 1990s. There, she formed her own clothing store named Pippen Lane.

Located in Magazine Street, the clothing store is often dubbed “A Children’s Emporium.” It is a great place to shop gifts and clothing items for the little guys. Furthermore, Pippen Lane consists of children’s clothing and accessories like shoes, dresses, craft projects, reading materials, and other stuff. Goodman said of the quality,

“Everything we have is really high quality. And we have a little something for everyone — conservative, funky.”

The business which has been growing rapidly from the beginning has also featured in many publications based in New Orleans like a local fashion monthly, CUE.

Back in 2011, Annabeth went on to acquire the most popular brand, Lylian Heirloom. The brand that includes handmade French embroidery clothing is also a part of Pippen Lane. Talking about the business, Anna once said,

A lot of people are attracted to Lylian.

“We even have grandmothers who come in (the store) with their Lylian dresses to look (at what we have).”

Afterward, the businesswoman created her own signature label for Pippen Lane that consists of newborn clothing and playwear for girls. She said after producing her own label,

“I feel like right now I’m really starting to have fun. I love being able to produce my own label. I’m starting a new chapter. It will be fun to see where this ends up.”

Being the wife of such an iconic actor, Annabeth’s opportunity to work on movies came along the way. She worked behind the camera in the production, costume designing, and soundtrack. She served as a costume designer for the crime comedy Dirt.

Furthermore, Goodman worked on the soundtrack of Ben Folds: Live at My Space, a DVD featuring a live performance by the singer Ben Folds.

The duo first came across when at a Holloween party, at Tipitina’s, a popular music venue in New Orleans, Louisiana. Goodman was there because of the shooting of Everybody’s All-American. The greatest actor recalled the story when the ELLE interviewer asked him, “Is it true you met your wife at a Halloween party?”

“Yeah, at Tipitina’s [music club]. I was shooting Everybody’s All-American.”

Goodman further opened up that Anna initially approached him at the club but the then-19-year-old model-student couldn’t be interested in him because of his rude reply,

“I went to this Halloween party, and She walked up to me and said, “Hi.” I couldn’t figure out why anyone that pretty was talking to me.”

Anna and her hubby John married on Oct. 27, 1989. Their wedding ceremony took place in New Orleans. The news of their October wedding had made headlines a few months earlier in May.

As for their commitment to each other, it’s been over 30-year since they are in a marital relationship and their relationship is still sailing smoothly.

Anna is the Mother of one Child

John Goodman’s wife Anna gave birth to their only child, a daughter Molly Evangeline Goodman in 1990. The young girl attended the University of Southern California, graduating in 2013. She is now a set dresser at ACB Television, in Los Angeles. She previously worked as a production designer at Glaza. Besides, Molly likewise spent a half-year working as a property production assistant at Amazon Studios.

So far, Goodman’s daughter previously served as a production designer at Anthem Films.

Her net worth is $500,000 as of 2021. Her primary source of income is her business endeavors. In the meantime, her spouse Goodman has an estimated fortune of $65 million. He mainly makes money from his illustrious acting career.

The actor first came into the light following his breakout role on the ABC TV series Roseanne. For which, Goodman also won a Golden Globe Award. Similarly, the famed performer has worked in a number of TV shows like Alpha House, Treme, and more.

Besides, Goodman also appeared in numerous hard-hitting movies like Argo, Flight, The Monuments Men, and Tumbo as well.

Where Does Anna Beth Goodman Live?

Anna and her hubby Goodman are long-time New Orleans residents. Her husband bought the house back in Feb 2005 for $1.8 million from Nine Inch Nails frontman Trent Reznor.