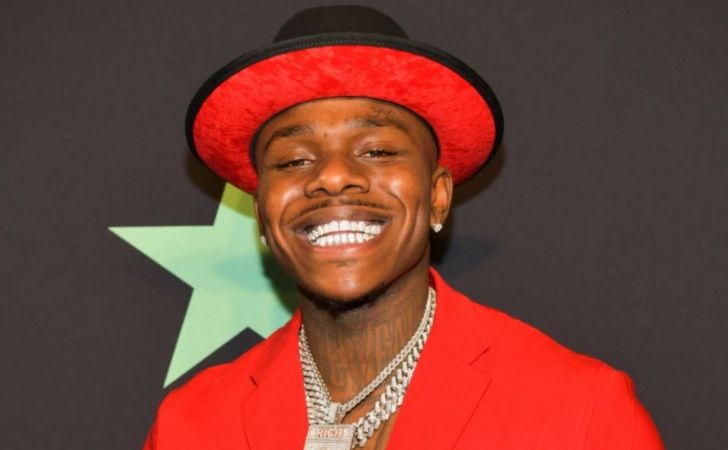 DaBaby, born Jonathan Lyndale Kirk, is an American rapper and recording artist. He was previously known as Baby Jesus. DaBaby rose to mainstream sensation following the release of his debut studio album Baby on Baby in 2019.

Rockstar singer DaBaby has never been the one to shy away from scandals and controversies. In fact, his life and career are full of it and rightly so in his love life too. As usual with fame, the question regarding DaBaby’s love life is also hot in the media charts. In fact, “DaBaby Girlfriend In 2022” is a popular search term on google.

Everyone is eager to know who DaBaby is dating or if he has a wife. Hold your horses, for we will answer it all in this article.

DaBaby Girlfriend in 2022: Is he dating anyone?

DaBaby is not dating anyone in 2022, he is currently single. He does not have a girlfriend or love partner either; that’s what being single means.

Following the breakup with his long-rumoured girlfriend Dani Leigh, the 29-year-old rapper DaBaby has yet to find a new girlfriend. If you follow DaBaby on Instagram, then you might already know the relationship status of the rapper.

Don’t Miss: Is rapper NF Married? Who is his wife?

Yes, you heard it right. DaBaby posted a status on Instagram at the end of January 2021 to officially announce his breakup with his ex-girlfriend Dani Leigh.

Until today, DaBaby is not dating anyone, and he clearly proclaimed to be “perfectly single”. Furthermore, the talented rapper has posted no cryptic and suspicious tweets or posts either.

DaBaby and his ex-girlfriend Dani Leigh. How did they meet?

Dani Leigh, born Danielle Leigh Curiel, is an American musician and dancer. The couple had a professional relationship before it turned into a romantic one.

DaBaby and Dani met each other when Dani choreographed DaBaby’s music video of BOP in 2019. Shortly after, we saw DaBaby in Dani’s music video Levi High. There was undeniable chemistry between them, so fans started getting suspicious. Rumours were already flying in the air, but the pair vehemently denied all sorts of speculations.

But the rumours grew wild once the DaBaby’s baby mother, MeMe, announced that Dani and DaBaby were in fact together. MeMe also called Dani OBSESSED with DaBaby. Later on, we spotted the couple at the same West Hollywood hotel during the early quarantine of 2020.

DaBaby also wrote about Dani explicitly in one of his music videos. Still, in the beginning, the couple refrained from any comments regarding their relationship.

However, in December 2020 Dani Leigh posted a picture of herself in bed with a man who clearly resembled DaBaby and soon their relationship became official. She captioned the picture as “My baby idc” which we can assume was for DaBaby.

Plus, her interview with radio Power 105.1 confirmed the relationship when she said, “It is what it is,” when asked about spending quarantine with DaBaby.

DaBaby and B. Simone-Were they In A Romantic Relationship?

B. Simone is a media actress who rose to fame after appearing in the TV show Wild ‘N out. In early 2020, there were rumours about them being in a romantic relationship after she appeared in DaBaby’s single “Find my way”.

B. Simone was always pretty vocal about her crush on DaBaby. The rumours picked up once again after DaBaby shockingly proposed to B. Simone in one of Wild ‘N Out episodes. But it turns out it was just part of the show.

DaBaby even got Simone to tie his shoelaces, and the actress happily complied saying “Anything for you”. We definitely saw something here, was love about to blossom? Sadly, no, DaBaby and B. Simone never dated each other. Fans made assumptions, but they were wrong, the pair are just friends.

Fans are very curious about DaBaby’s marital status. So, is DaBaby married? No, DaBaby is not a married man. He has no wife, he never exchanged vows with anyone.

Well, we do know the reasoning behind fans’ speculations regarding the rapper’s marriage. DaBaby is the father of two kids. He frequently posts pictures of his daughter on his Instagram. The name of his daughter remains undisclosed yet, but we know for sure that she was born in 2017.

The name of the kids’ mother is MeMe.MeMe, who works as a barber, and was a long-time girlfriend (now ex-girlfriend, obviously) of DaBaby. It is MeMe who fans thought was the wife of the rapper, but the couple never exchanged vows. Despite their breakup, they are still good friends with each other. And, MeMe often defends DaBaby on social media.

DaBaby also raised his stepson (MeMe’s child with another partner) as his own while they were dating. MeMe describes DaBaby as an “Amazing father” and we can really see that in his Instagram posts.

DaBaby welcomed a baby daughter in 2020

The BOP singer welcomed another daughter, reportedly named Nova in 2020. He posted her pictures in his Instagram Stories.

Dani Leigh rumoured to be pregnant with DaBaby’s baby

Wonders never cease in the world of  Yellow Bone singer DaBaby. There have been recent developments about Dani Leigh being pregnant with DaBaby’s baby. It’s not definitive yet as there is no official statement from Dani. Likewise, DaBaby has not denied or confirmed the rumours either.

According to The Source article, they spotted Dani with a seemingly baby bump in her TikTok video. Whatever the case, we will know the answers soon enough. Until then, we will leave you to speculate on your own accord.