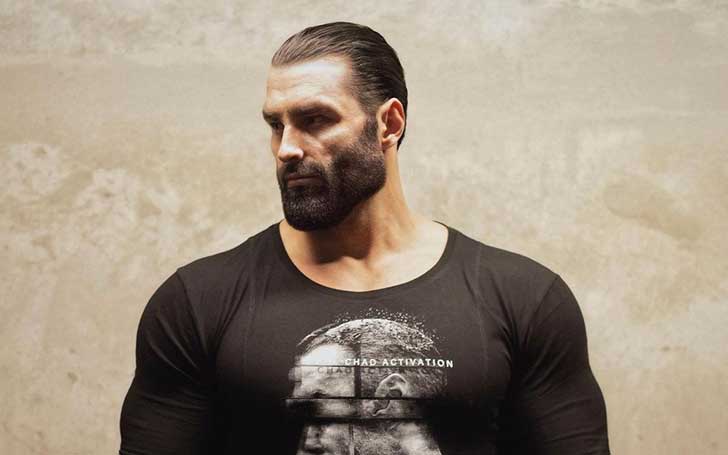 If you are a meme lover, then you must have come across the “Gigachad” memes. Well, people were skeptical that Gigachad was a real person after his muscular physique went viral on social media. However, after some time, people started investing time to find out if “Gigachad” is a real person or just a digitally created identity.

It has been a few years since Gigachad memes made headlines, and as we come to the year 2022, there has been a lot of evidence that supports Gigachad’s existence. In fact, we have found out that Gigachad is a Russian model and bodybuilder named Ernest Khalimov. But, what’s the truth? Is Ernest Khalimov the real Gigachad?

Let’s explore the life of Ernest Khalimov aka Gigachad in today’s article. Let’s dig out information regarding his family, relationship, and more.

Who is Ernest Khalimov? Is He the Gigachad Indeed?

Ernest Khalimov is a Russian model and bodybuilder who is most well-known as Gigachad. When it comes to the question if Khalimov is indeed the Gigachad, there is no official information as of yet. Said that there are tons of websites that have openly claimed Ernest as Khalimov.

To talk about his birth details, there aren’t details about his birthday in the media. But at the same time, some online sources have mentioned that Khalimov was born in the early 1990s. While on the other hand, some sources have mentioned that Gigachad has already crossed the 50 years mark. Meanwhile, if we take a look at his Instagram handle, it says berlin.1969, so we speculate Khalimov was born in 1969 which makes his age 53 years in 2022.

Ernest is from Russia and he has been exploring his career in his nation itself. In the meantime, many people have said Khalimov has a Turkish background while some believe he is from Azerbaijan. However, in one of his social media posts, Khalimov clarified that he doesn’t belong to so many nationalities, but German and Russian.

The Truth of Ernest Khalimov Being the Gigachad

How could be someone so perfect? This was the most frequent question that people asked after the Gigachad memes made headlines. Many of us believed that the photos were photoshopped for business purposes.

However, one tweet from Mark Meechan, a Scottish YouTuber, better known as Count Dankula back in April 2020 brought a new twist. Dankula appeared to have been shocked to find out the truth about Gigachad.

“For the longest time I thought the gigachad meme was CGI or photoshop but it’s actually a real dude lmao,” wrote Dankula in the caption. Here is the tweet.

His names Ernest Khalimov. That’s him on the right with his brothers, all with matching chins.

But, many of Dankula’s followers retweeted saying the photos were partly photoshopped and Ernest’s girlfriend does it.

Ernest is a Model for “Sleek and Tears”

Ernest has been modeling for the Sleek and Tears company. We can see a lot of photos of him on an Instagram account named berlin.1969. The account has a total of 28 posts and has already boasted 925k followers as of June 2022.

Meanwhile, Sleek and Tears also has an Instagram account which is managed by Krista Sudamalis. The account features photos of several models, including Ernest Khalimov’s. Looking at those photos, we can safely say that a lot of editing work is performed before posting them online.

After seeing these photos, we can say that some sort of photoshop editing is applied to Gigachad’s photos as well. Who knows Khalimov might not look like what he appears on social media and in memes.

We often come across death rumors of celebrities. Stars like Bill Cosby, Will Smith, Kanye West, and Dwayne Johnson have been rumored to be dead so many times. In the same fashion, Gigachad Ernest Khalimov was also rumored to be dead back in April 2021.

At the time, it was rumored that Khalimov met a car accident where he lost his life, however, there are no such official reports of him meeting an accident. Even though the rumor spread on the internet pretty fast, people felt reluctant to believe the rumors.

Meanwhile, the social media account has some recent posts featuring himself. So, we can safely say Gigachad is doing well and has been actively pursuing his modeling career as of 2022.

What About His Love Life? His Girlfriend in 2022

Despite Khalimov’s presence on social media, he hasn’t ever talked about his love life and girlfriends. However, many online sources have mentioned that Gigachad has been dating Krista Sudamalis, the girl who manages Sleek and Tears’ Instagram account.

Besides, some fans have also mentioned Krista as Khalimov’s girlfriend time and again. But, there is no official information about Khalimov and Sudamalis being girlfriend-and-boyfriend.