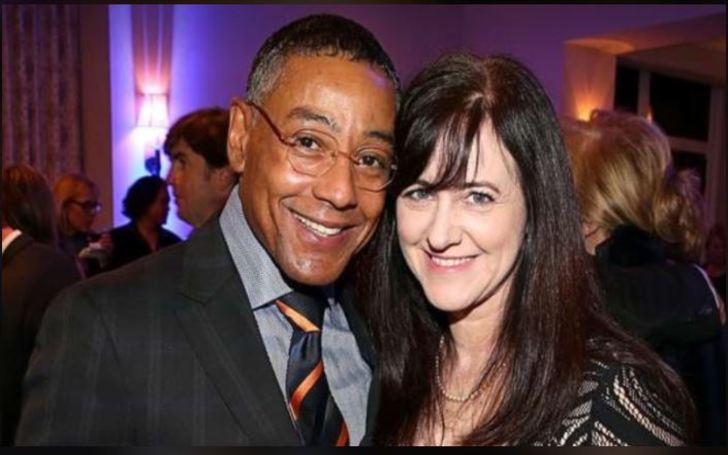 Joy McManigal is the ex-wife of an Italian-American actor Giancarlo Esposito (Gus Fring from Breaking Bad). They were married for two decades. Together, they had four children.

Esposito’s portrayal of Fring is unforgettable in every manner and so are his other characters. He is undoubtedly an actor with lots of impressive performances. However, no less than that is his ex-wife, Joy who herself has quite an esteem.

For starters, she holds multiple degrees from top-ranked universities. In addition, her career checkpoints are no-short of achievements and exemplary works. So know what has she done up until now professionally and personally.

Joy McManigal Is An Irish

McManigal was born on April 26, 1958, in Ireland. There, however, isn’t any information besides her home nation other than the fact that she has a sister Jill McManigal.

McManigal Was Married To A Breaking Bad Actor

As mentioned, McManigal was married to an American actor, Giancarlo Esposito. They tied the knot in 2015 and divorced in 2015.

Her ex-husband, Esposito He is best known for portraying Gus Fring, a Kingpin in AMC’s Breaking Bad (2009–2011) and the prequel series Better Call Saul (2017–present). He has also received three nominations for the Primetime Emmy Award for Outstanding Supporting Actor in a Drama Series.

It is not known when and where the Irish film producer and the Italian-American actor met. Also, it is still unclear what caused the rift in Joy and Esposito’s 20 years of marriage. The former husband and wife, however, still talk to each other and jointly look after their daughters.

The ex-couple used to live in Connecticut.

McManigal Is A Life Coach

The former partner of Esposito has been mentoring people with their life decisions since the mid-2010s in New York. Her company The C4 Way focuses on life coaching, event planning, career counseling, and global education. Likewise, she also helps with youth leadership, philanthropy, nonprofit management, and arts & entertainment.

She is also a Youth Editor for Best Self Magazine. The mother of Esposito’s four children is currently working on the book, titled, The Guidebook for Good.

She did her bachelor’s in Political Science from Stanford University and her master’s in International Relations & Economics from The Johns Hopkins University – Paul H. Nitze School of Advanced International Studies (SAIS).
While still a student of John Hopkins, Exposito’s former spouse became owner/general manager of a 180-year old pub, named McManigal’s Pub in Wicklow, Ireland.

Impressively, at the time, she was also a full-time graduate student in Bologna, Italy, and Washington, DC. During her time as a pub manager, she handled all legal, financial, and programming decisions for a business that increased annual sales revenue by 200% and sold for a profit after four years.

McManigal then became the director of Alumni Affairs And Development at John Hopkins. Being there, she researched, cultivated, and solicited individual and institutional donors in the US and Europe for a $400M capital campaign. Additionally, she designed and oversaw Annual Fund drives.

In 1992, the mother of four started to serve as the director of The Common Good in LA. She used to design an educational summit and televised awards show to spotlight community service.

Joy Also Worked In Film Albeit Behind The Projects

In 1994, Joy served as an associate director at Women In Film where she created liaison with the international film community at a multitude of film festivals and award shows.

From 2008 to 2009, she served as the project manager at the Creative Coalition, in NYC organizing concert galas, receptions, dinners, and forums. Additionally, she also conducted rallies for celebrity delegations to the Democratic and Republican National Conventions and Presidential Inauguration.

McManigal Negotiated a $30M leadership gift from an international businessman and philanthropist during her time as a founder of Woodstock Center for Global Citizenship. This happened with a motive to establish a multi-faceted global citizenship academy and eco-village in the Hudson Valley.

Joy McManigal; From 2010 To Present

Joy next managed outreach to major donors, foundations, and government funders at Bard College, New York. There she also worked as the board of directors in addition to supervising a $60M campaign for a global network of civic engagement initiatives.

She yet again did a humanitarian service in 2014 working for Eleanor Roosevelt Center at Hyde Park, New York.

The Stanford graduate then became an advisor for World Merit Creating a strategic plan, marketing materials, and sponsorship package for prospective corporate, foundation, and individual donors in NYC, Washington DC, and the U.K.

Since 2015, Joy McManigal has been the founder of The C4 Way in the Greater New York City Area. It is a program to promote the common good by encouraging people to be good to themselves and to do good for others.

Where Does She Live Now?

McManigal currently resides in Green Valley, California. The former student of the Hopkins University hasn’t mentioned if she is married or has a husband post her divorce from Esposito.

Many have wondered if Esposito’s once better half is as rich as her husband who has a net worth of around $8million. The curiosity is believed to have stemmed on the basis of her extraordinary resume & her stature as a life coach. Recently, there has been a significant number of minds wanting to know her financial reputation. There, though, haven’t been many discussions with respect to the figures behind McManigal’s turnovers. Accordingly, it’s nothing but a matter of Joy’s own decision before we start to get glimpses of her wealth.