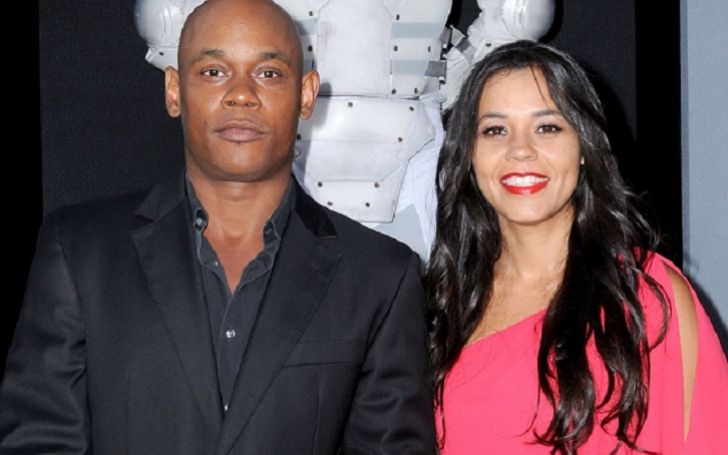 Mahiely Woodbine has been in the light because of her high-profile relationship with actor Bokeem Woodbine. Her doting husband is actively involved in the show business for nearly three decades, with dozens of movies and TV shows credits to his name.

But, the adorable couple who has been married for years has kept their love life quite grounded. Besides, know if Bokeem Woodbine has kids with his wife.

Also, take a look at many interesting things you didn’t know about Mahiely!

The celebrity spouse currently works at the marketing & advertising company named MBS, as per her Linkedin bio. The company mostly renders agile marketing solutions for multichannel marketers all over the world. It is also an integral part of GSI Commerce’s Global Marketing Services division.

Besides, other details regarding her professional accomplishments are yet to be disclosed.

Bokeem made his entry into the show business at 19 with a minor role in the crime thriller movie Juice (1992). The project featured the legendary rapper Tupac Shakur and actor Omar Epps.

The following year, Woodbine landed his first role in a TV project CBS Shcoolbreak Special. He subsequently played in many films and TV shows until he played Mike Milligan in Fargo. His breakout performance in the black comedy crime drama earned him the Black Reel Award and nominations for prestigious accolades like Primetime Emmy and Critics’ Choice Television Award.

His other TV credits include Underground, Drunk History, Wu-Tang: An American Saga, and more. Additionally, his fame further skyrocketed when the actor featured in a blockbuster movie Spider-Man: Homecoming in 2017. He appeared in the film along with the likes of Robert Downey Jr., Tom Holland, and Michael Keaton.

How old is Mahiely Woodbine? Details on Her Nationality

Her age is 43 as of 2021. She was born Mahiely Garcia in the United States of America. Her nationality is American, and she belongs to Caucasian ethnicity. However, there is still a lot of missing information regarding her early life, including her parents.

On the other hand, her actor spouse Bokeem was born on April 13, 1973, in Harlem, New York. He enrolled at the Dalton School. He then transferred to the Fiorello H. LaGuardia High School of Music & Art and Performing Arts, near Lincoln Center, the Lincoln Square neighborhood in Upper West Side.

How Long Mahiely Woodbine and Bokeem Woodbine Are Married?

The pair has been in a marital relationship for two decades now. Sources say Mahiely and Bokeem tied the knot back in 1999 in a low-key wedding ceremony and are in a happy relationship ever since.

Despite their long-time marriage, they both have kept most of their personal details out of the media. Neither Mahiely nor her life-partner Bokeem is open when it comes to their matrimonial relationship.

Moreover, the hush-hush couple made their joint appearance sporadically. One of their rare outings was at the premiere of ‘Total Recall’ at the Grauman’s Chinese Theatre in Los Angeles on 1st August 2012.

Does The Pair Have Kids?

Yes, Mahiely shares a daughter with her husband, Bokeem. The duo announced they were expecting their first child while making their red carpet appearance at the London Hotel in West Hollywood on September 15, 2010. At the time, the mom-to-be Woodbine showed her growing baby bump.

Nonetheless, both Mahiely and Bokeem have kept their child away from the spotlight, neither revealing her name nor making a single public appearance of their baby girl.

Bokeem Woodbine’s wife, Bokeem’s wealth is $500,000. In the meantime, moving towards Bokeem’s wealth, the actor has an estimated net worth of $3 million. He has earned most of his wealth from his prolific acting career that consists of several mega-hit movies, including Spider-Man: Homecoming. The project grossed around $880 million at the box office.

As of now, the duo reportedly resides in Los Angeles.

As we have already talked about her secretive nature, Bokeem is also not active on social media platforms. She has a Twitter account with a few followers. Other than that, we are yet to find any other official social media profiles that belong to her.