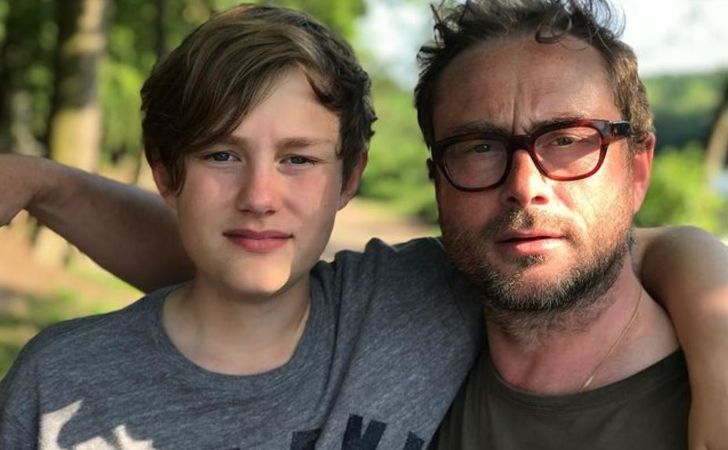 Milo William Langdon is the oldest son of entertainers Liv Tyler and Royston Langdon. He is still a teenager but has already achieved huge fame in the industry and the credit goes to his famous parents.

Both his parents are successful public figures. His mother is a famous singer & actress known for movies like Silent Fall, The Leftovers, and many more. On the other hand, his father Royston, an English-American singer is famous for his band Spacehog.

Well, how is Milo William’s life as a celebrity kid? In this article, we are going to talk about his career, parents, sibling, and much more.

Milo William Langdon was born on December 14, 2004, in Manhattan, New York. He is the oldest and the only son of Liv Tyler and her ex-husband Royston Langdon together. At present, he is 16 years old and in his school.

Born as the son of celebrated individuals, Milo had a decent upbringing. He lived with his parents together until the age of 5, as they divorced in 2009. Despite the fact, his dad and mum are no more together, he shares a great relationship with both of them.

How Tall Is Milo?

Well, the star kid Milo has two half-siblings Lula Rose Gardner, and Sailor Gene Gardner. His half-sister Lula was born on July 8, 2016, whereas his half-brother Sailor was born in 2016. Both the kids are born from his mother’s relationship with her boyfriend-turned-finance David Gardner.

Despite them not being his biological siblings, he shares a great relationship with them. they are often seen together on several occasions. In fact, following the birth of Lula, Milo seemed pretty excited and could not stop himself from looking at her.

We hope, their love for one another stays forever.

His Parents Divorced Years Ago

As we said, Milo William’s parents Liv and Royston are no more together. In fact, they divorce years ago in 2009. Talking about their relationship, they first began dating in 1998 and after dating for over 2 years, they finally got engaged in February 2001.

A couple of years after their engagement, the former couple Liv and Royston tied the knot on March 25, 2003. And like we said things were not meant to last for very long as they divorced after 5 years of marital relationship in 2009. They have not revealed the exact reason behind their divorce, but they separated on mutual terms.

Though they have separated, the former duo is a good friend and apparently shares a good relationship. Back in 2016, Liv shared a photo of Milo on her Instagram where she tagged her former husband crediting him as a photographer. Well, this is a good sign that they are on good terms despite the split.

Milo’s Mother Is Engaged Once Again

After divorce from her first husband, Milo’s mum Liv has found love once again. She is currently engaged to sports manager David Gardner. As per the reports, the couple met in 2014 and soon began dating.

Well, after dating for around a year, they finally got engaged in 2014. It has been over 6 years since they are together and they also share two children as we said earlier. Despite being engaged for quite a while now, they have not revealed their plans to tie the knot anytime soon.

Besides, Milo shares a great relationship with his mum’s fiance. They often go out on vacations together and they pretty much get along.

Milo William Langdon Is The Grandson Of Legendary Steve Tyler

Shocking but true, Milo is the grandson of Steve Tyler. His grandfather is an American singer-songwriter, actor, & producer as well. He is most famous as the lead singer and bassist of the Boston-based rock band Aerosmith.

In a span of his decades-long career, Steven has given several hit singles and albums. He has been a part of famous projects like Two and a Half Men, Chris Botti In Boston, The Polar Express, & many others.

Some of his other successful works include Walk This Way, Only My Heart Talkin, Sing for the Moment, Sharp Dressed Man, and many more.

Apparently, Milo is not dating a girlfriend at present. As 16 years old, he could be the most eligible boyfriend but looks like he has kept himself away from the dating game at present.

So far, there are no reports of him being in a relationship. Hopefully, he will find himself a perfect girl soon in the future.

Despite being a Gen Z kid, Milo has completely kept himself away from social media. He is not on any of the popular social media platforms be it Instagram, Facebook, Twitter, or anything else. It looks like he is not much of a social media fan.