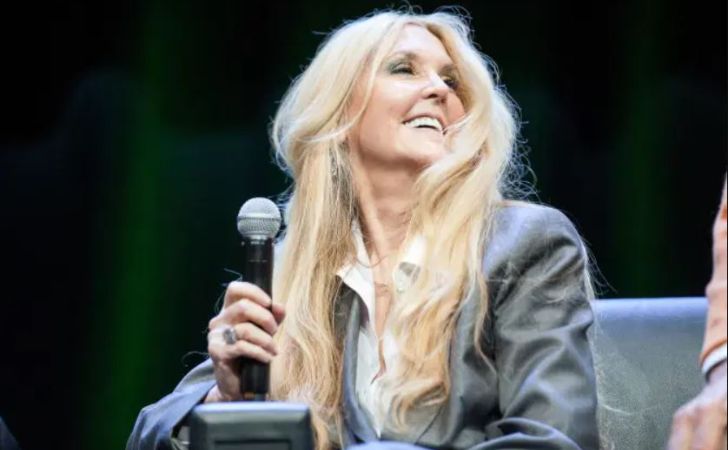 Joan Celia Lee is the daughter of American comic book writer, publisher, and producer Stan Lee. She is the only living daughter of Lee. Talking of her profession, she is an actress and also assisted her father at Marvel Comics.

Well, have you ever wondered about the life of Joan as the daughter of the veteran Stan Lee? In this article, we are going to talk quite openly about Celia, her career, & relationships.

Further, we will also explore the truth about her abusing her parents of which she was accused back in 2017. Let’s get started.

Joan Celia Lee Is The Daughter of Stan Lee

The beautiful Joan Celia Lee was born in April 1950, in New York City, New York. She is the daughter of father Stan Lee and mother Joan Boocock Lee.

She also had a younger sister Jan Lee. But unfortunately, she died three days after being born in 1953. At present, she is the only living child of late Stan Lee.

As the daughter of a successful author, Joan Celia had a decent upbringing. Since her father was creatively active, she was hugely influenced creatively and also tried her hands at fashion designing, painting, craftwork, & painting as well.

As we mentioned earlier, both of Joan’s parents are successful individuals. To those who are unaware, her father was a successful comic book writer, editor, publisher, and producer. Lee is primarily known for his work with Marvel; he has collaborated with co-writer and artist Jack Kirby and Steve Ditko.

He has also authored a few books like Excelsior!: The Amazing Life of Stan Lee, Amazing, Fantastic, Incredible: A Marvelous Memoir, and a few others.

Talking about Joan’s mother Joan Boocock Lee is a British-American model and voice actress. She made her debut as a voiceover artist in Fantastic Four in 1994. The same year, she also voiced the computer in the Iron Man television series for three episodes.

Likewise, she has also appeared in a few movies as an actress. In 2002, she appeared as herself in her husband’s Mutants, Monsters & Marvels along with him and Kevin Smith.

Likewise, she also was part of the documentary named With Great Power: The Stan Lee Story, which is about her husband. Her final appearance was as a cameo in the 2016 film X-Men: Apocalypse.

Unfortunately, none of her parents are any more in this world. Her father died on November 12, 2018, in Los Angeles, California, U.S. at the age of 95. He reportedly died of complications from pneumonia.

Similarly, her mother Joan Boocock died of complications from a stroke on July 6, 2017, in Los Angeles, CA. She was also 95 years of age, at the time of her death.

Joan Celia Lee’s Career: She Is Also An Actress

Born in a family with a creative work environment, Joan was creatively inclined from a very young age. While still a kid, she showed interest in painting, craftwork, and fashion designing as well. However, she soon discovered her ultimate interest in movies.

Her first role in the movie was in the 1963 feature film The Cool World. Eventually, she appeared in some other successful projects that include the TV series No Actor Parking, and the thriller The Ambulance in 1990. Further, she also voiced the robot in the animated series ‘Iron Man’ which released in 1994.

Eventually, after graduating, Joan became a significant part of Marvel Studio along with her father. There she involved herself in the development of the learning app ‘Raising My SuperKids’

Apart from all, she has also authored a book named Stan Lee’s Love Story, which is a story of her parent’s relationship as a married couple.

Did Joan Celia Lee Verbally Or Physically Abuse Her Parents?

Back in April 2017, Joan got into a major controversy when her father’s former business manager Bradley J. Herman accused her of abusing her parents.

As per Bradley, Joan pushed her mother and later grabbed her father by her neck and pushed him against his wheelchair. However, both Joan and her father denied the allegation strongly. Joan even stated that she has never touched her father, mother, or a dog either.

As long as I’ve lived, I have never touched my mother, my father, or a dog. Never. How that ever happened… between us, my mother was very ill. She was on major drugs and drink for the pain. And she didn’t make it really easy. And people said things. Nothing was touched. And she was a little off, to say the least. And these people from this cult or whatever, were trying to get everything. Ask me how much they did get.

At the same time, Stan also denied all the accusations by Harper. In a statement following the allegation, he stated,

I mean, she’s my daughter. I’m her father. Sometimes we may disagree about something, but we disagree on things like I did with my wife. I wish that everyone would be as abusive to me as JC

Is Joan Celia Married Or Dating a Boyfriend?

Well, her love life is the most unexplored aspect of Joan’s life. Though Joan is already in her 70s, there are no details on her love life and relationship.

It is unknown whether Joan is married to dating a boyfriend. Also, she has not been seen with anyone who can be claimed as her boyfriend or husband.

For now, it is quite impossible to pinpoint if she is married or if she has a boyfriend. Anyway, we hope, she opens up about her relationship status soon.