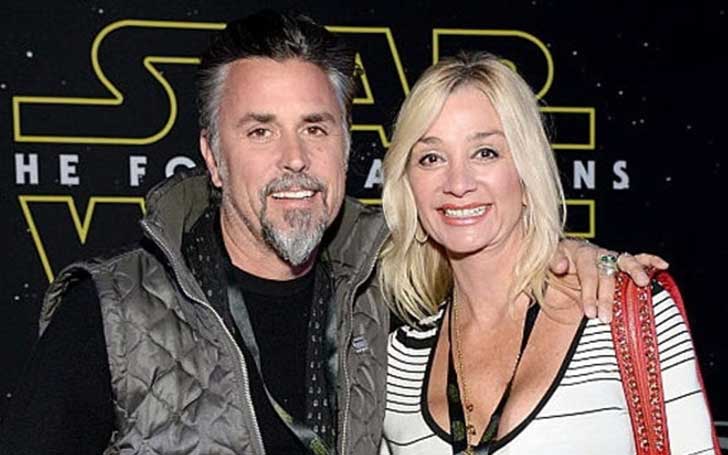 Some people gain popularity from their hard work while some lucky ones grabbed attention for their high-profile relationships. The latter could be said for Suzanne Rawlings.

After marrying the star of Fast N’ Loud Richard Rawlings she became an overnight sensation. However, their marriage ended in divorce. Later on, they re-married and it ended in divorce yet again.

Today we are going to tell you all about Richard’s ex-wife Suzanne Rawlings.

Who is Suzanne Rawlings?

Suzanne Rawlings was born Suzanne Marie Mergele in Crystal Lake, Illinois. She celebrates her birthday on 8th February. She is in her 50s.

Richard Rawlings attended Crystal Lake High School. Upon her schooling, she went on to enroll at Northern Illinois University and studied BS in Computer Science.

After her graduation, she started working as a contractor for the Department of Defense.

Suzanne was married to American entrepreneur and media personality Richard Rawling in the past. The couple tied the knot on 7th August 1999. They organized their wedding ceremony in Las Vegas, Nevada.

Nonetheless, Suzanne and husband Richard got divorced after a decade of their matrimonial relationship in August 2009. They cited irreconcilable differences.

Reunited and Re-Married in 2015 only to be Divorced Again

After over five years of their separation, Suzanne and Richard exchanged vows for the second time in Jan 2015. Since then, he posted a number of photos of themselves on social media.

However, their second matrimonial did not last long as well and the two separated in March 2019. TMZ was the first to break the news that the two parted ways for the second time on 11th March.

On the same day, Richard also announced big news on Instagram. He wrote,

“TMZ beat me to the punch as you’ve probably seen. Unfortunately, Suzanne and I have mutually decided that we will be separating and getting a divorce. We’ll always be friends and be there for each other. We had a helluva ride for 20+ years”

It seems there were no hard feelings between the two and they separated on mutual understanding. As of now, the former couple remains good friends.

Their divorce finalized in May of 2019. As per divorce docs, Suzanne will still have her bank accounts and the 2019 Mercedes SL 450 roadster. However, she owes $80,000 in outstanding car-installment.

Richard will also make a payment of $300,000 in two installments to his ex-wife.

Suzanne and ex-husband Richard don’t have any kids. But, Suzanne has a son named Sinjin Venegas from her previous relationship. Moreover, Sinjin’s biological father is completely out of the picture.

He attended the University of Arkansas and graduated in 2017. He currently appears on his stepfather Richard’s TV show Fast N’ Loud.

Suzanne Rawlings Ex-husband Richard is engaged to a New Girl

Rawling shared the photo of his girlfriend, Deason, on Insta on 29th June. Subsequently, the duo got engaged after a few months of their love affair in August of that year.

Besides, Richard was previously married to Karen K. Grames on 18th November 1993. The two divorced after over nine-month of their marriage in August 1994.

On the other hand, his fiance, Katerina is also the ex-wife of billionaire Darwin Deason. They had tied the knot in 2008. Sources suggest they separated in 2019.

Besides, Suzanne herself was in a relationship with someone. She had mentioned her relationship status back in 2010 but since then there hasn’t been any other information.

What is Suzanne Rawlings Net Worth?

Suzanne Rawlings has $500,000 net worth. On the other side, her ex-spouse Richard has an estimated net worth of $20 million, in 2020. The major portion of his wealth mainly comes from his reality shows.

She currently lives in Dallas, Texas.